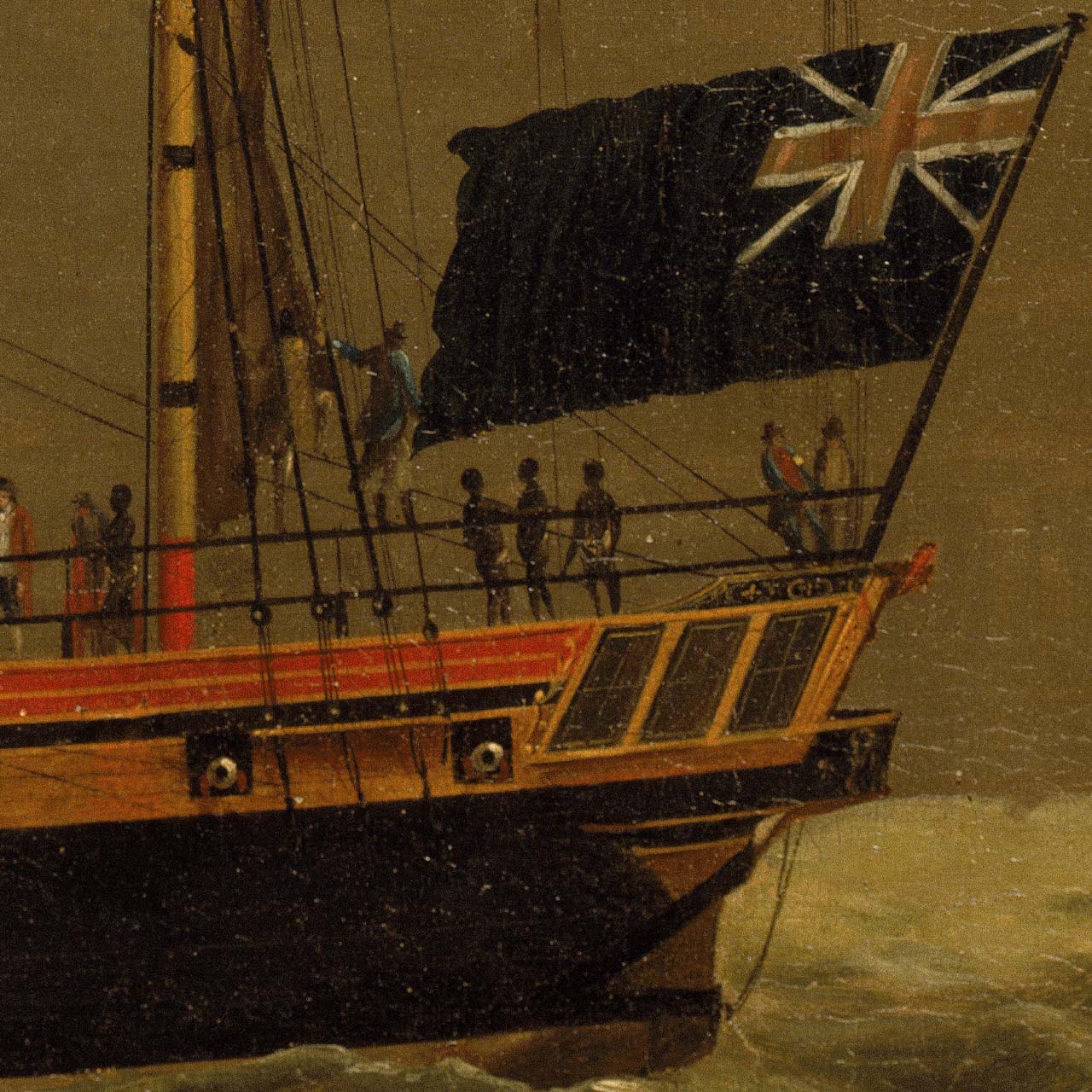 (Updated February 2019) A painting of a Liverpool-based ship believed to be involved in the slave trade. It bears strong similarities to the same artist’s image, 'Liverpool Slave Ship', painted circa 1780, and now at the Merseyside Maritime Museum. While the vessel in the background may be a merchant slaver, that in the foreground has all the appearances of a Royal Naval vessel of at least 26 guns including a standard lion figurehead. Why it is flying a blue ensign and naval pennant suggesting it is part of a squadron of a flag offier 'of the blue' is unknown, while the Union flag at the foremast normally indicates a ship seeking or under a local pilot. A further puzzle is that while all the African figures on deck have so far been assumed to be slaves, they appear relaxed and at ease. There is also no sign of coercion or of the European ones being armed or any less at ease, and none are wearing clothing identifiable as Royal Naval uniform. The principal European figure, holding a speaking trumpet and standing just forward of the mizzen mast, is dressed in a red coat (as are are least two others) but if he is a civilian pilot rather than the captain, the latter is not identifiable. Many of the other Europeans wear blue, as more usual among seamen including civilians.

The precise circumstances of the painting are therefore unclear, and it may have been commissioned for the Liverpool offices of a bank or merchant involved in slavery to present an acceptable view of the trade. This coincides with the moment when the abolitionist movement was beginning to pose a serious threat to such traffic.
Back to Search Results
Buy a print License an image
Share:
Link copied to your clipboard!