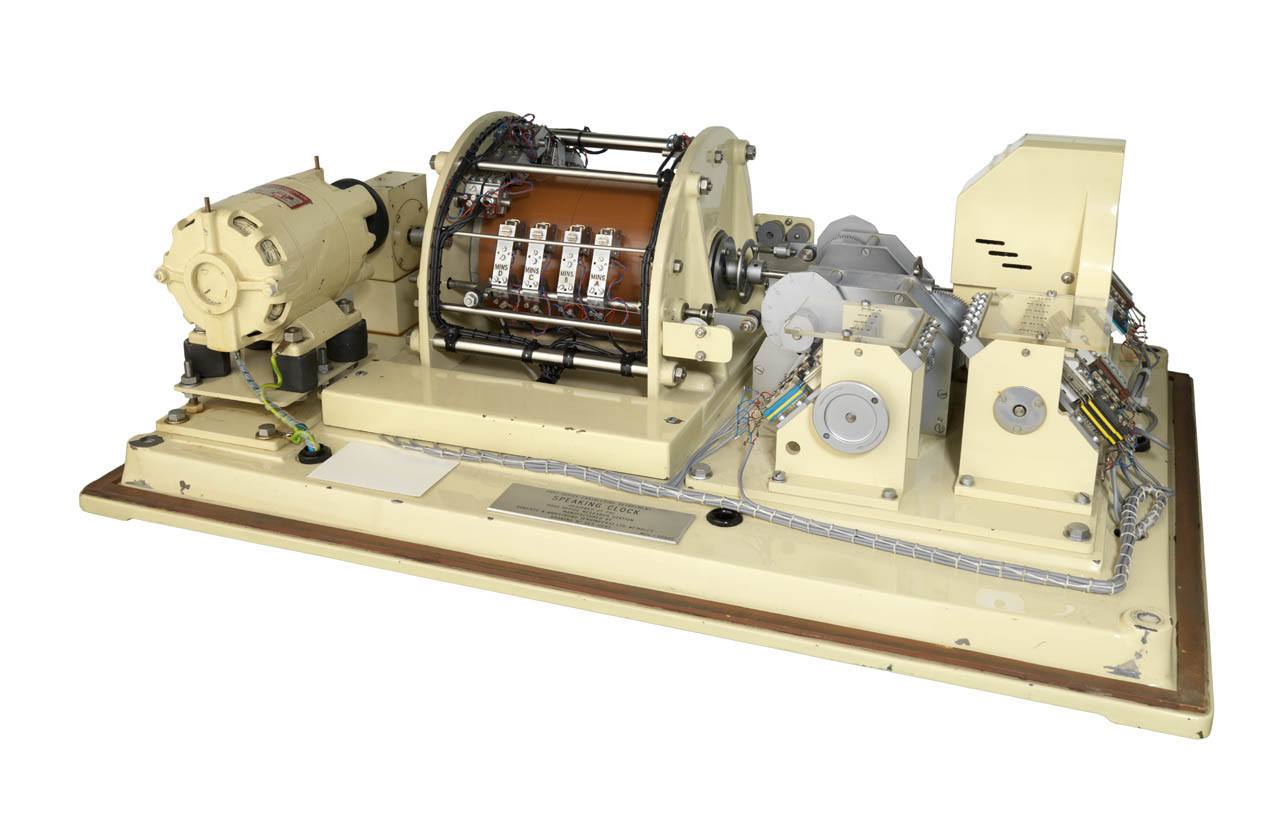 This is an announcer module from the Mark III speaking clock, developed by the Post Office Engineering Research Station at Dollis Hill, London in the 1950s to replace the older Mark I device, used since 1936. The Mark II was never used in the UK, instead being developed for use in Australia.

The Mark I machine used glass disks to hold the voice recordings. This Mark III version used a neoprene jacket over a rotating metal drum to contain magnetically-held recordings of the voice.

Millions of Britons have dialled 'TIM', the ‘speaking clock’ that the General Post Office introduced in 1936. A nationwide search chose Ethel Cain as the first voice for the service. She was succeeded by Pat Simmons and then by Brian Cobby, the current voice of the ‘Accurist Speaking Clock’.

Presented by Connected Earth, BT's heritage programme
Back to Search Results
Buy a print License an image
Share:
Link copied to your clipboard!