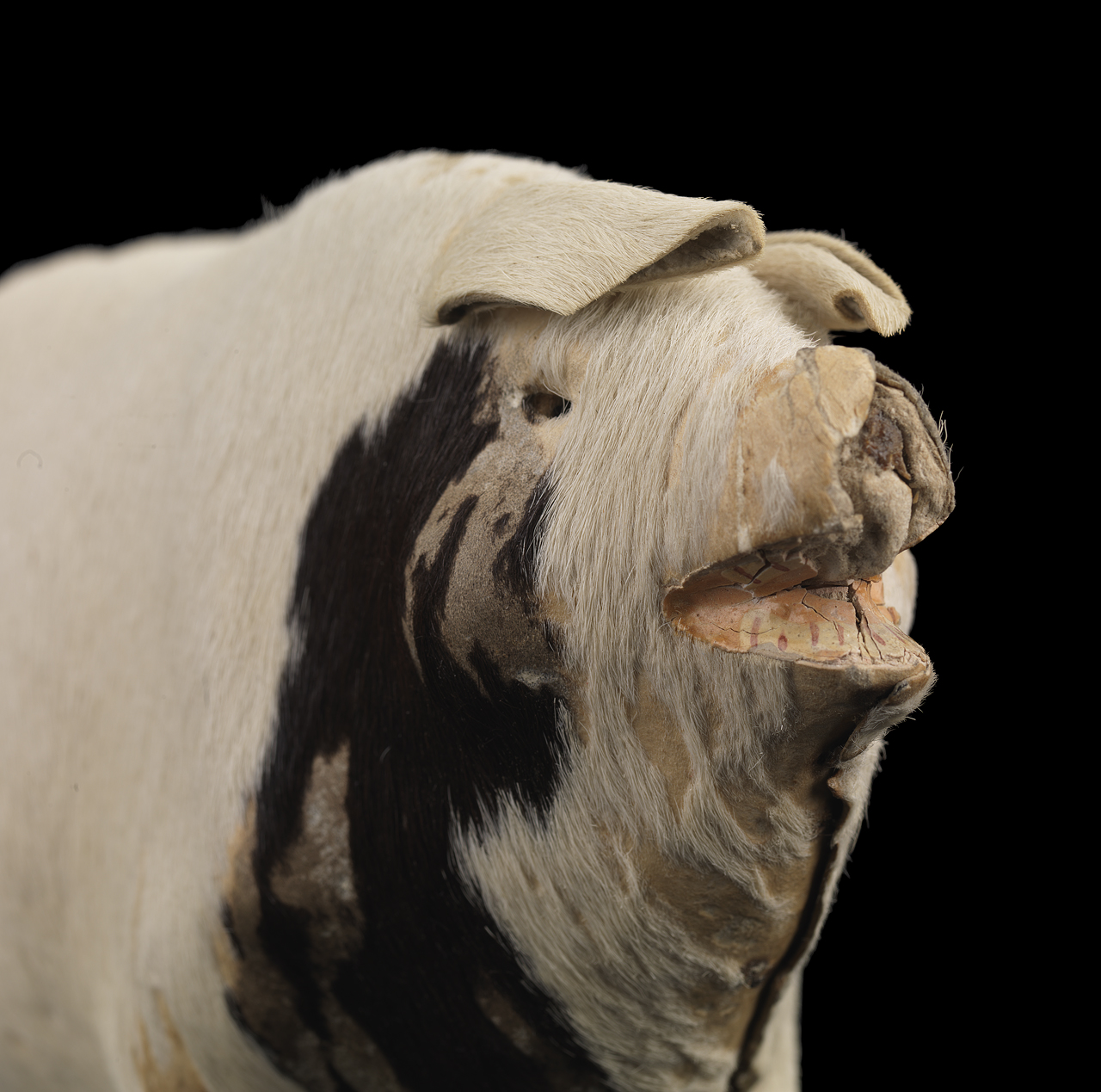 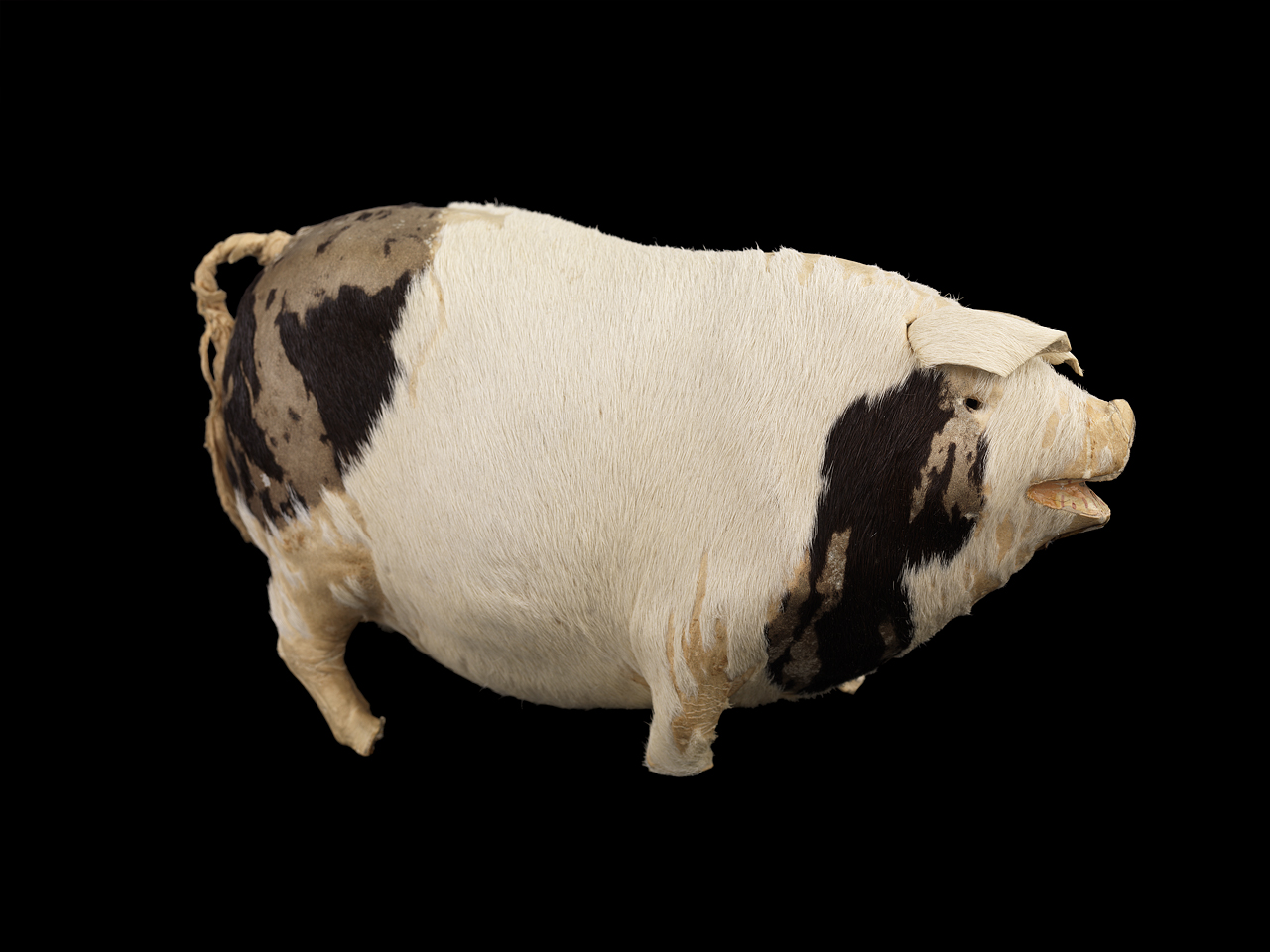 The musical pig belonged to Edith Rosenbaum (1879–1975), who boarded the TITANIC at Cherbourg. In August 1911, Edith had been seriously injured in a road traffic accident, which claimed the life of the driver, a German merchant named Mr Lewe; the musical toy was a gift from her mother to help recuperate. In a televised interview, about 1970, she described how, when was asked to evacuate the TITANIC, she locked all 19 of her trunks before heading for the lifeboats. ‘I never would have left the ship,’ she recalled, ‘but a sailor came along and he said “say you; you don’t want to be saved, well I’ll save your baby” and he grabbed this pig from under my arm and he tossed it in the lifeboat … when they threw that pig, I knew it was my mother calling me.’
The pig’s carcass is made of two separate papier mache shells, covered in animal skin, which are glued and pinned together, around a wooden soundboard to which the musical mechanism is mounted. The musical mechanism is of simple construction with a pin barrel, comb and single worm drive, which would originally have been driven by winding the pig’s tail.
The tune is likely to be La Sorella, composed by Charles Borel-Clerq and published in 1905. The tune is a variation of an older song, La Matchiche. In 1906, this model of musical pig was advertised for sale at a cost of 10 shillings.
Back to Search Results
Buy a print License an image
Share:
Link copied to your clipboard!