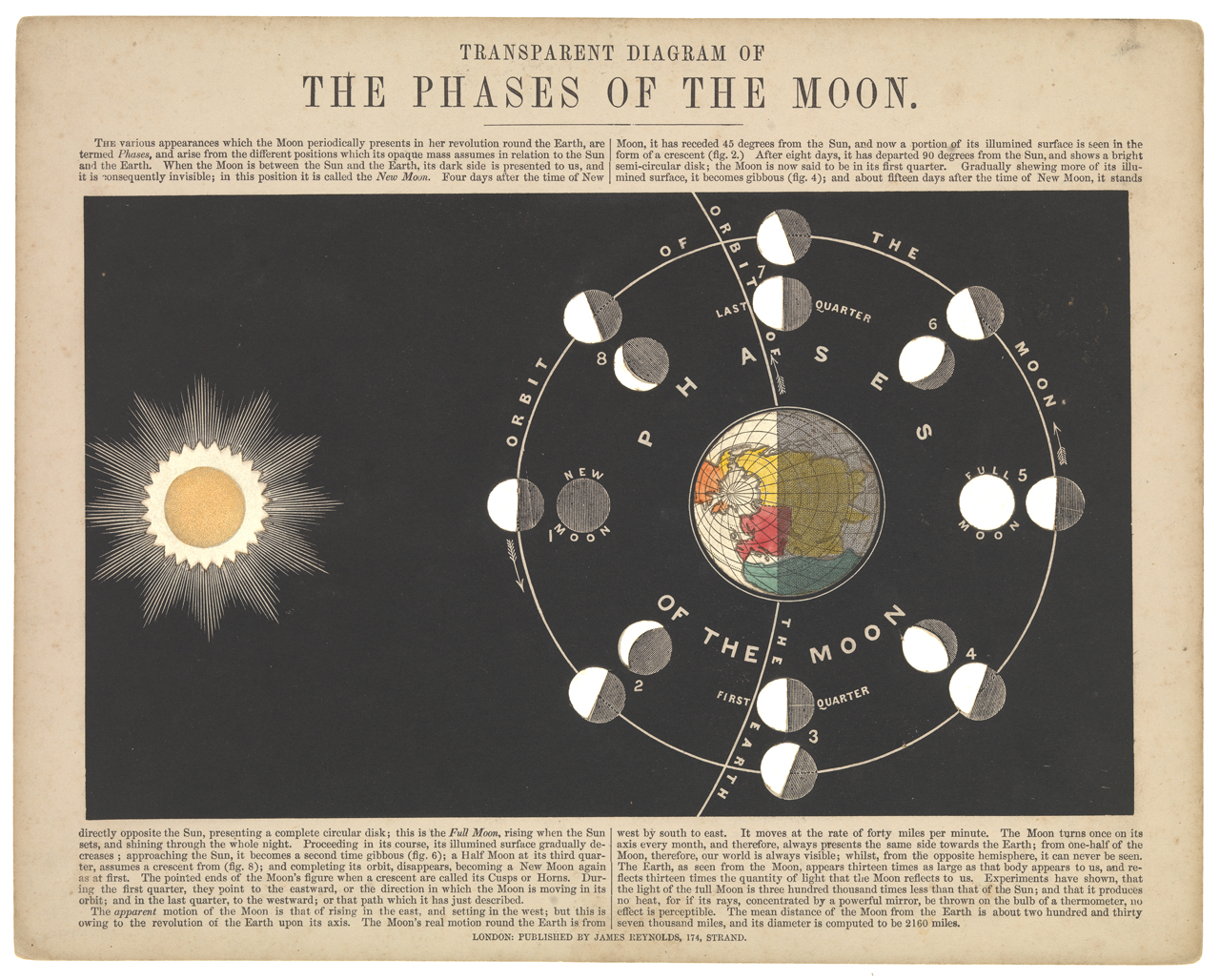 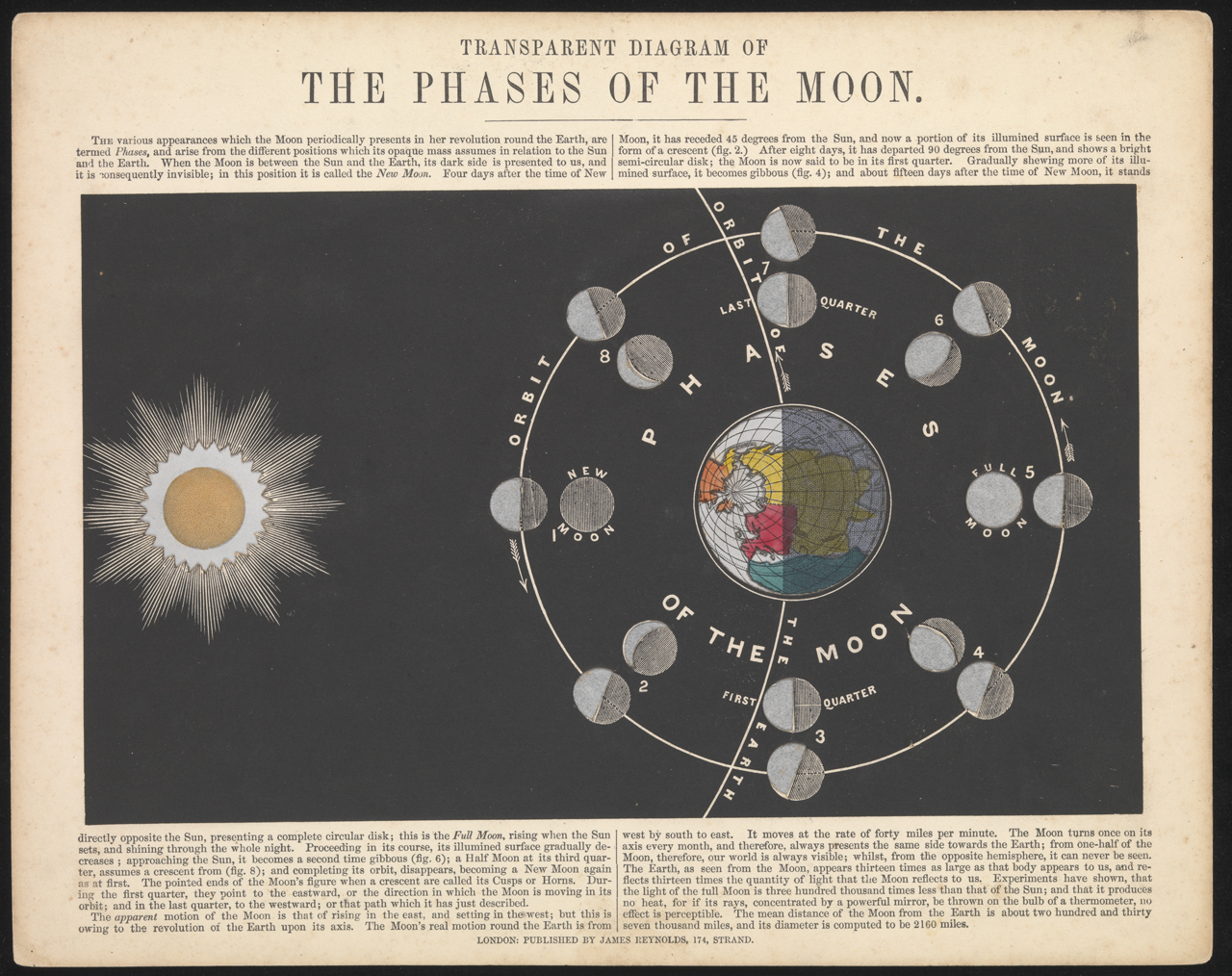 Transparent Diagram of the Phases of the Moon

One of a set of 12 hand-tinted astronomical prints with explanatory card. This diagram has holes in the card to indicate the lit portions of the Moon during its cycle. These are backed with tissue paper so that the print can be held up to the light to show the Moon's phases as light against a darker background. The diagram shows both the phases, as seen from Earth, and the orbits of the Moon and Earth around the Sun. Text at top and bottom give an explanation of these movements and appearances.
Back to Search Results
Buy a print License an image
Share:
Link copied to your clipboard!