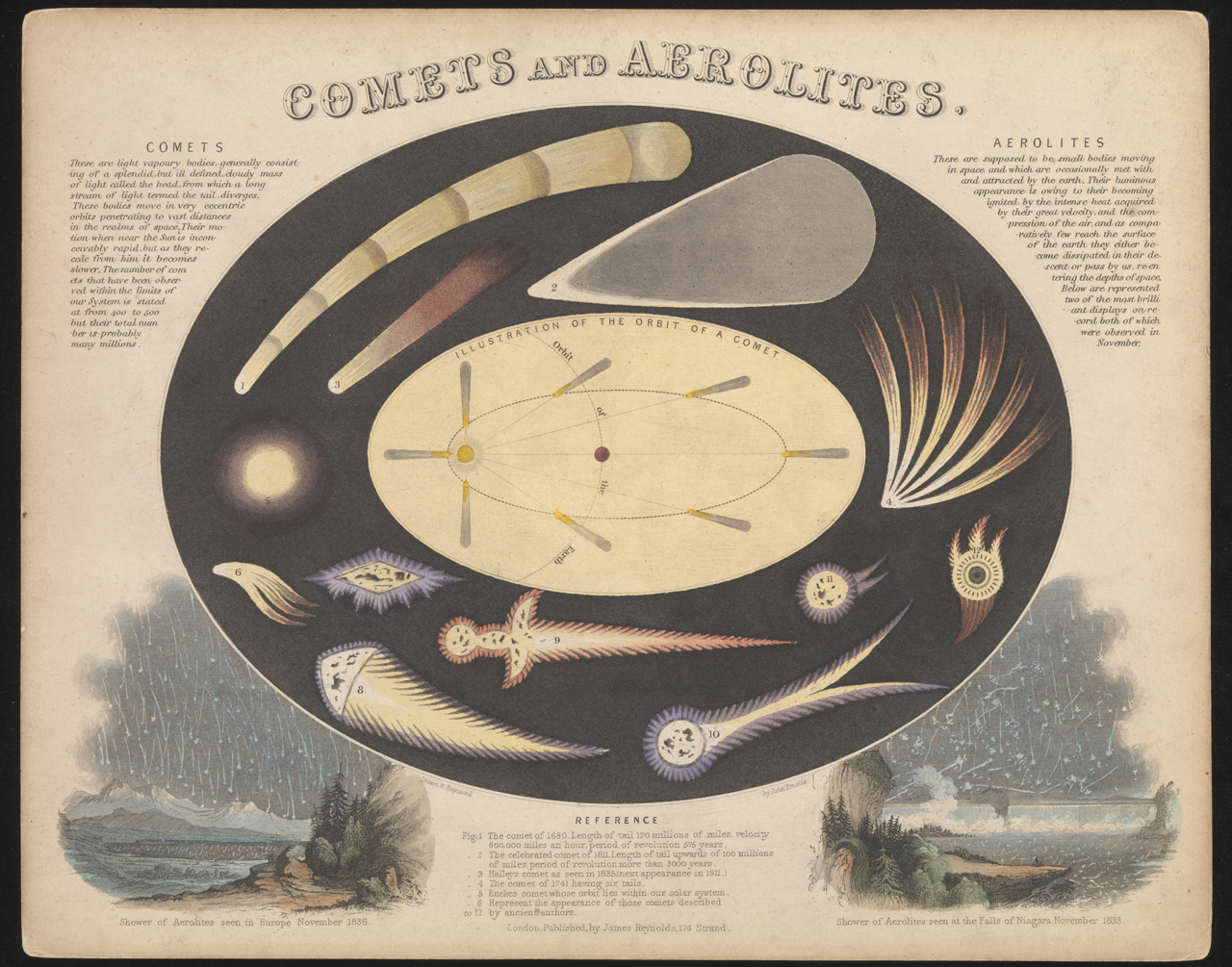 One of a set of 12 hand-tinted astronomical prints with explanatory card. In the centre of this image is an illustration of the eccentric orbit of a comet, demonstrating that the tail points away from the Sun. Surrounding this are depictions of 12 comets, numbered with a key below. They are the comets of 1680, 1741 (with six tails), 1811, Halley's Comet, Encke's Comet and six images based on ancient sources. Text at the top introduces Comets and Aerolites and two vignettes at the bottom show meteor showers witnessed in Europe in 1836 and at the Niagra Falls in 1833.
Back to Search Results
Buy a print License an image
Share:
Link copied to your clipboard!