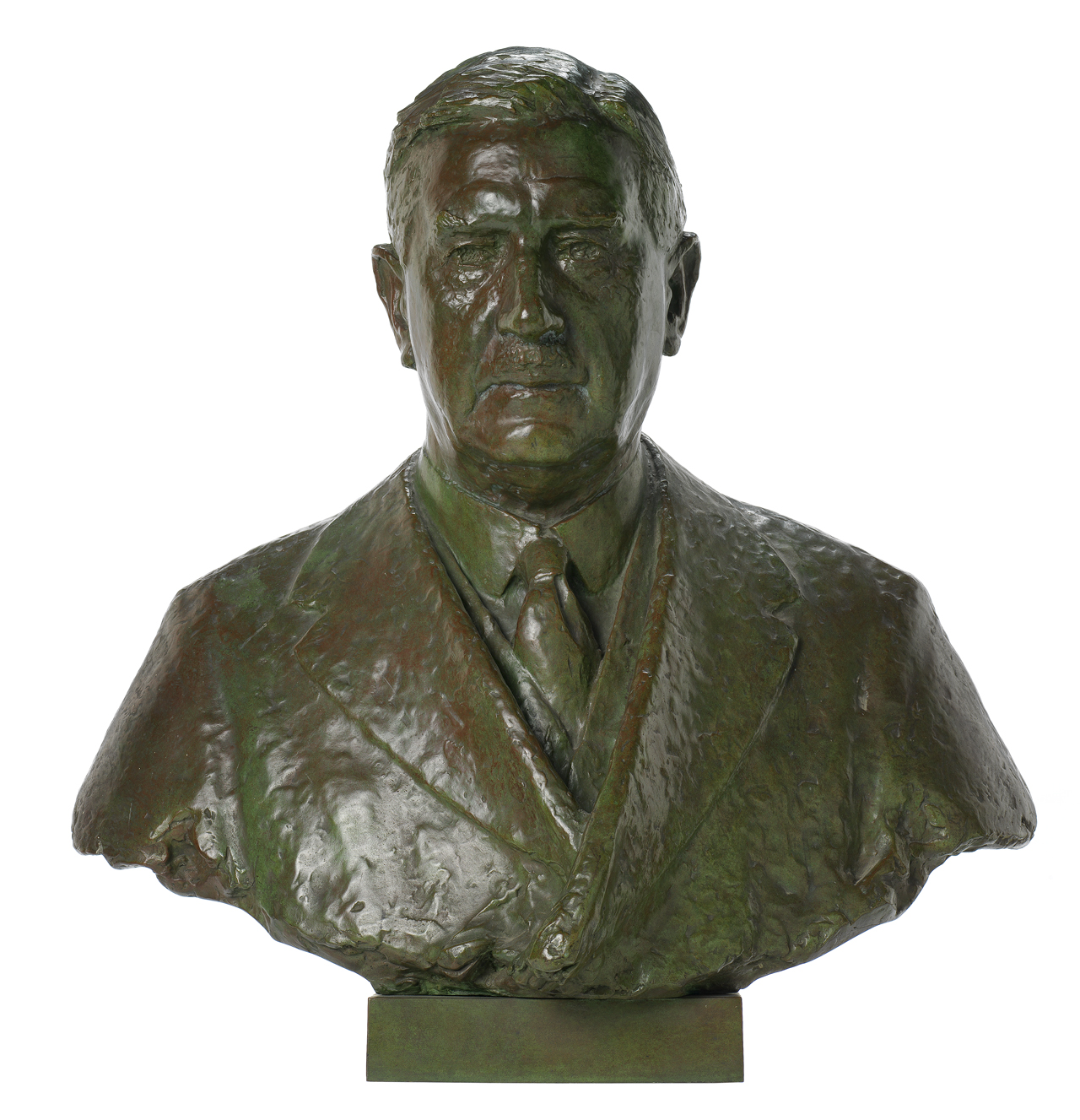 Head-and-shoulders hollow-cast bronze bust of Sir James Caird, shipowner and founding benefactor of the National Maritime Museum, on a square bronze base to which the bust is attached at the front edge only by an angled base-plate. The base is also hollow, with concealed pierced lugs on each side of the bottom to fix it down, and the bust is finished with brown-green patination.

The sitter is shown facing forwards in contemporary dress, with the sculptor's signature in a bold cursive script across the back of the shoulders: 'W Reid Dick 1935'.

This is the original bronze provided to the commission of the Society for Nautical Research for what became the Museum's Caird Rotunda. It was exhibited at the Royal Academy in 1936 but Caird and others disliked the result, especially the green patination, the relative insignificance of the head, and the 'weak chin'. Lord Stanhope, Chairman of the NMM Trustees, was 'outraged' at Dick's cavalier attitude to these objections and wanted to withhold payment but the SNR had already paid the bill. Ultimately Dick provided, probably at Caird's expense, a more acceptable marble version (SCU0009).

Caird retained this one, which descended to his great-grandsons who presented it to the Museum in 2006. Notwithstanding its poor reception it is significant as an exhibited work by a major early 20th-century public sculptor and because it relates more closely than the marble to how Lutyens and Dick originally intended the Caird Rotunda to look.
Back to Search Results
Buy a print License an image
Share:
Link copied to your clipboard!