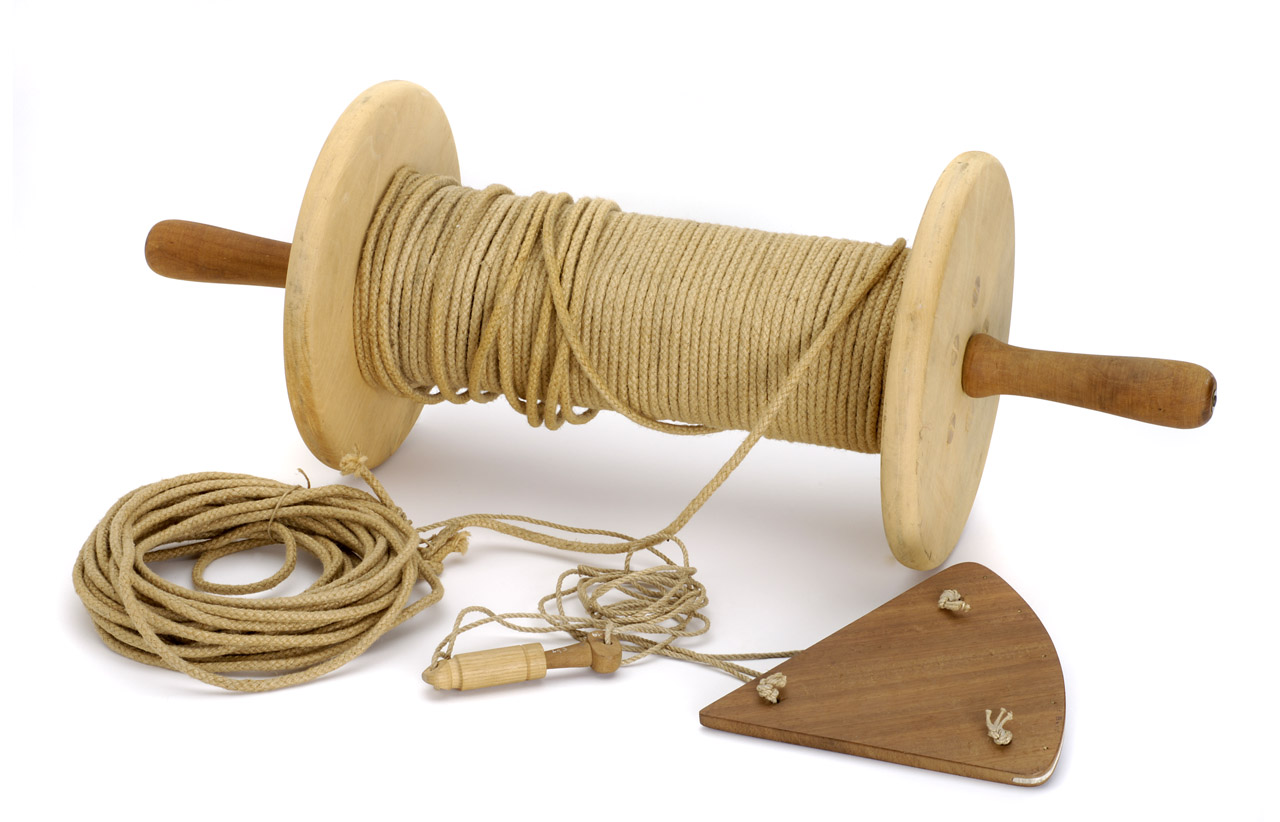 The log-reel, line, log-ship and sand-glass were used for determining a ship’s speed. To do this, the log-ship was dropped overboard and the line was allowed to pay out from the log-reel for a set time from the sand-glass (28 seconds). As the line paid out the number of knots in the line that passed through the hand was counted, thus giving a measure of the ship’s speed.

Both the reel and log-ship are made of wood. The reel is constructed so that it is free to spin when held by the handles. The log-ship is in the shape of a section of a circle and is weighted on its curved edge. It is attached to the line with a pin and socket. When the line was to be pulled in, a sharp tug would pull out the pin, allowing the log-ship to lie flat in the water so that it could be pulled in more easily. The sand-glass has a brass case with ‘28 SEC’ stamped into each end.

The log and line was first described by William Bourne in 1574 and was used for measuring ship’s speed into the 20th century, although mechanical speed logs were introduced from the 19th century.
Back to Search Results
Buy a print License an image
Share:
Link copied to your clipboard!