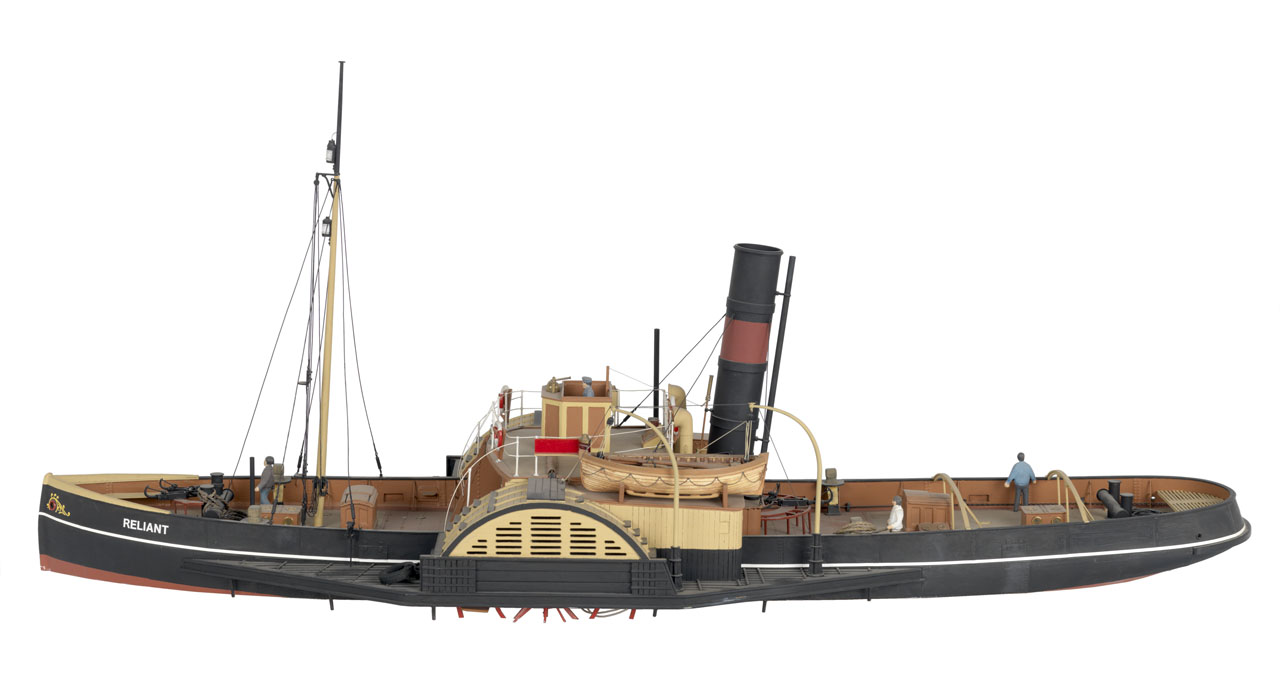 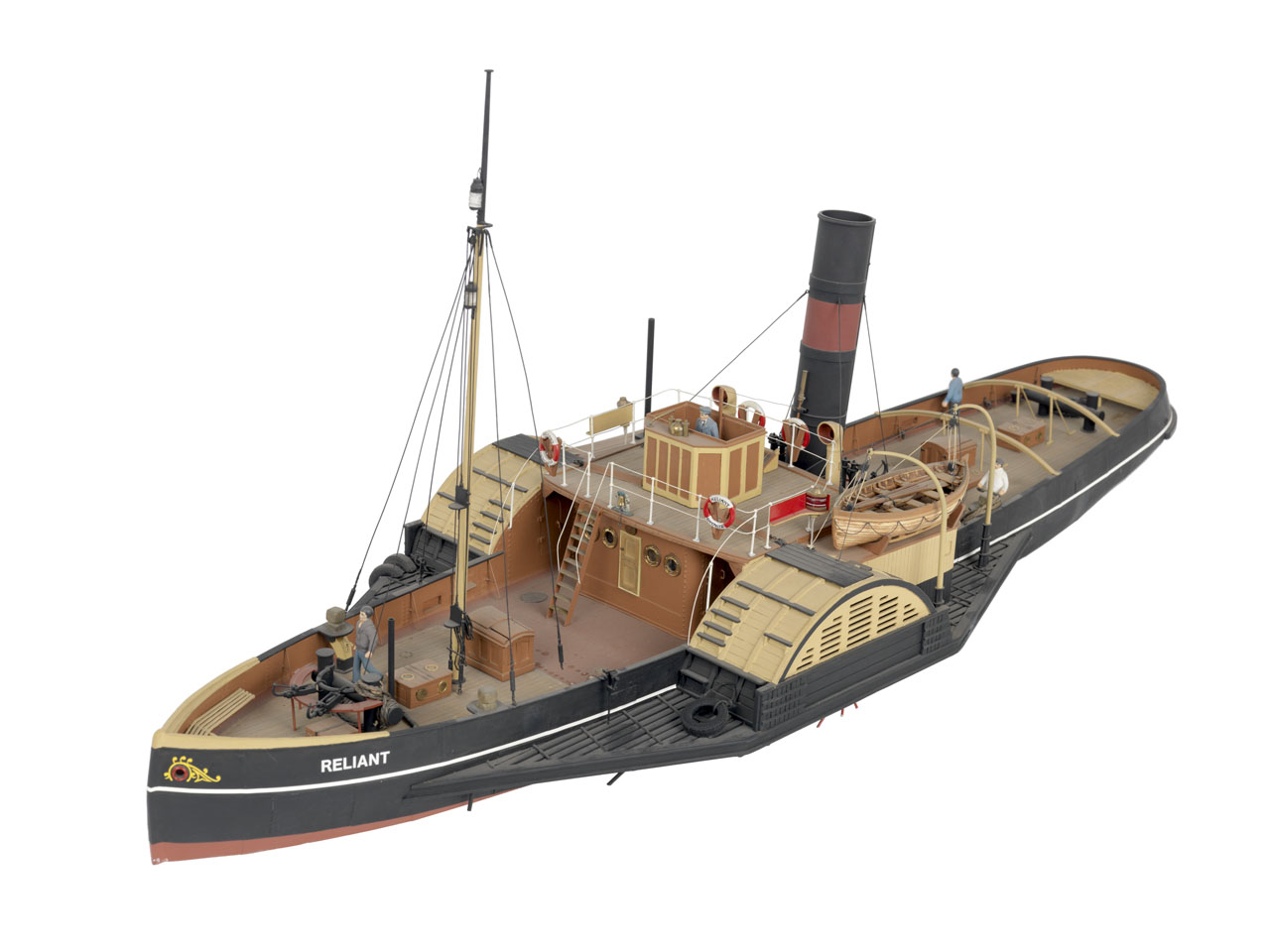 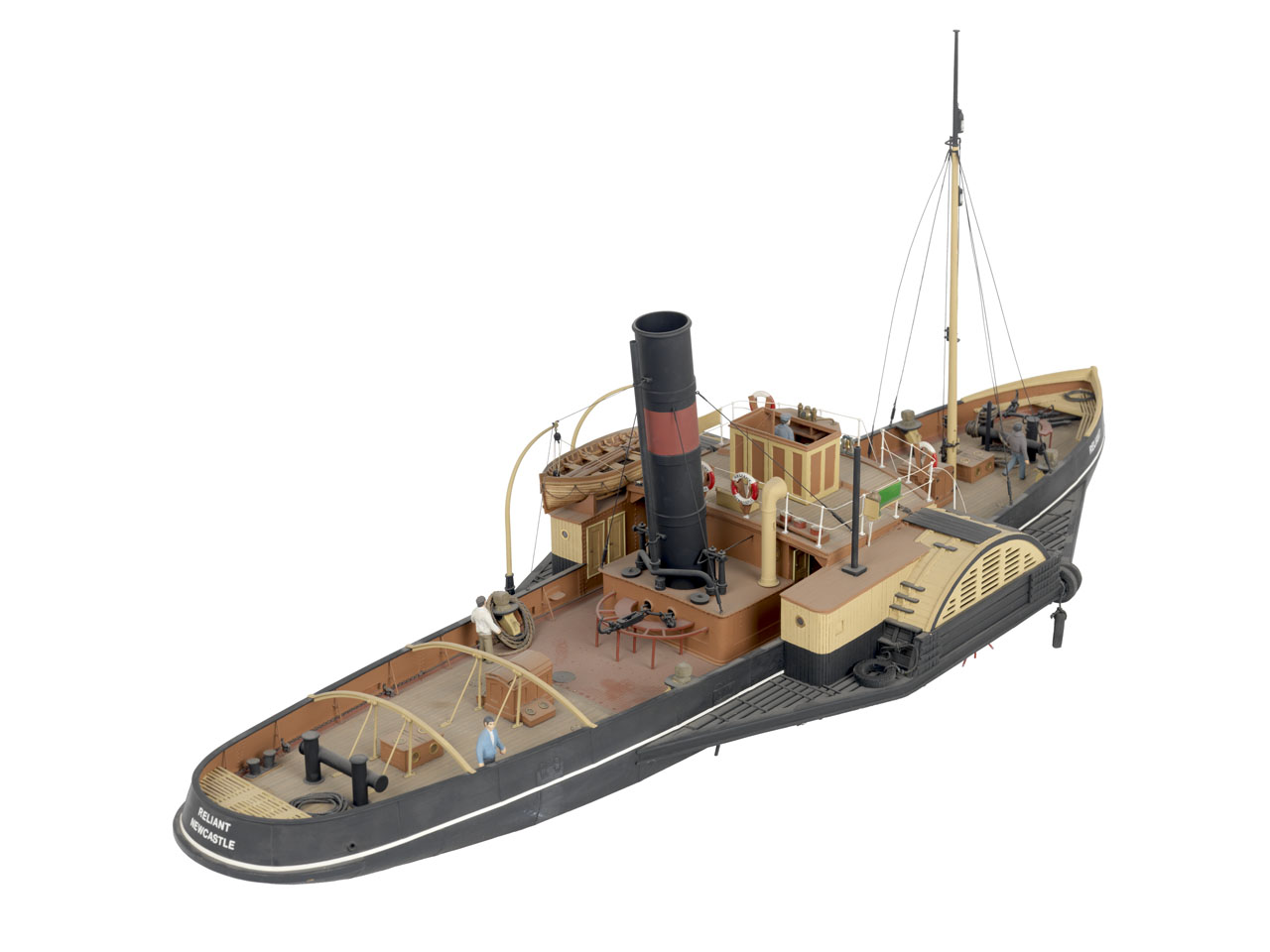 Scale: 1:38.4. The ‘Reliant’ was built in 1907 by J. T. Eltringham & Company of South Shields for use on the Manchester Ship Canal as a stern tug. It was acquired by the NMM and displayed, with a number of modifications, in the Neptune Hall gallery from 1973 to 1996. This model was specially made to help visitors visualize the comparative size of ships. It was produced to the same scale as two other models already in the Museum’s collection, displayed alongside: SS ‘Great Britain’ and RMS ‘Windsor Castle’.

In terms of gross tonnage, which is based on the internal cubic capacity of vessels, ‘Great Britain’ is nearly 19 times larger than ‘Reliant’ while ‘Windsor Castle’ is 241 times larger. The ‘Reliant’ is also depicted with four crewmen on deck, which is a useful indicator of scale. The modelmakers had the advantage of having access to the actual vessel as reference, and aspects such as the weathered paint scheme and general wear-and-tear have been faithfully reproduced. The model is also wired for illumination.

The tug had a long life prior to use as a museum exhibit. Built as the ‘Old Trafford’, for the first half of the century she assisted vessels in their passage on the canal between Eastham Locks on the River Mersey to the docks in Manchester. In 1951 she was sold to Ridley Tugs Ltd on the Tyne and her name was changed to ‘Reliant’. She completed active service as a harbour tug at Seaham Harbour, a coal port six miles south of Sunderland. In 1969 she was purchased by the Trustees of the Caird Fund and presented to the NMM.
Back to Search Results
Buy a print License an image
Share:
Link copied to your clipboard!