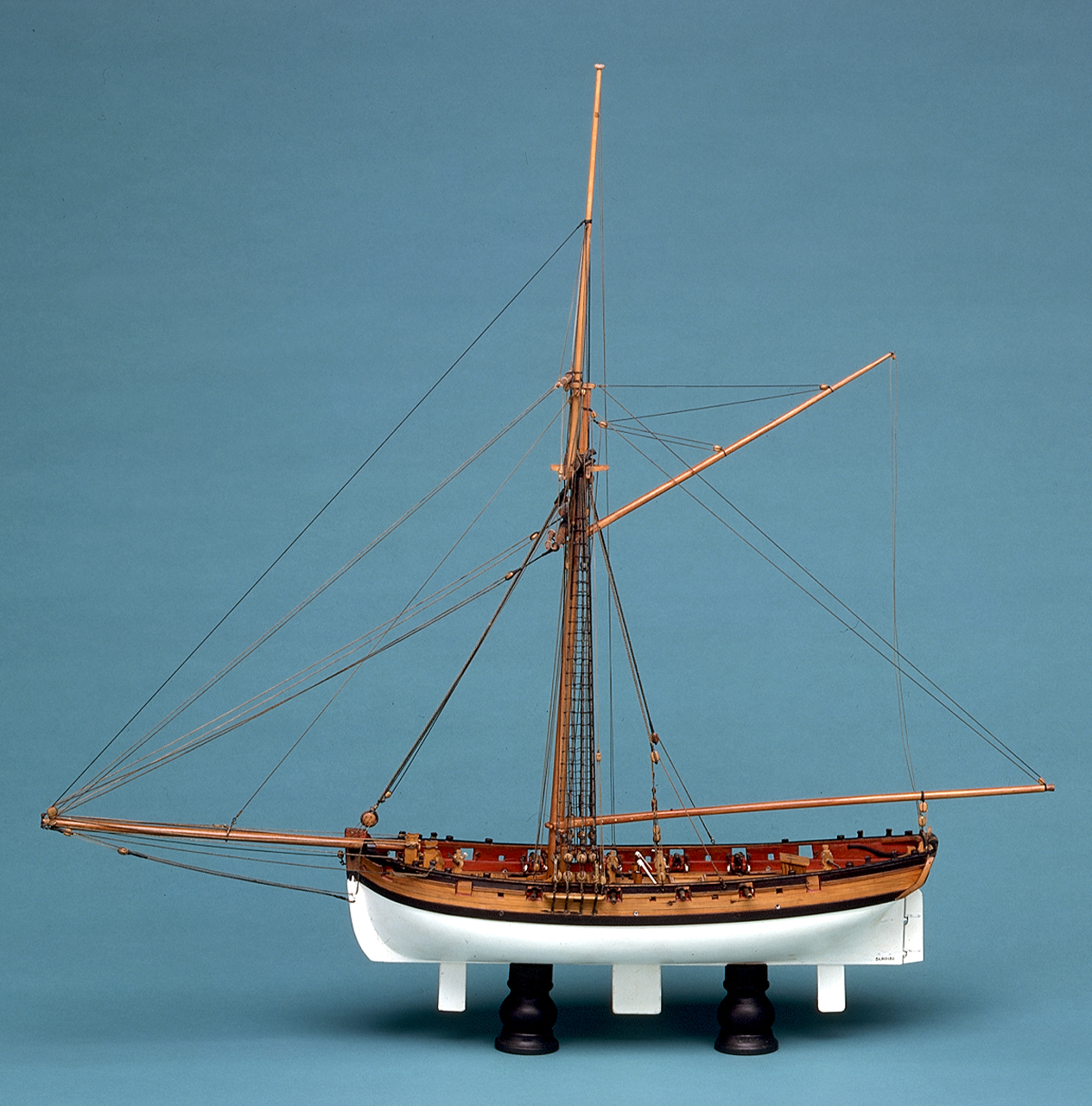 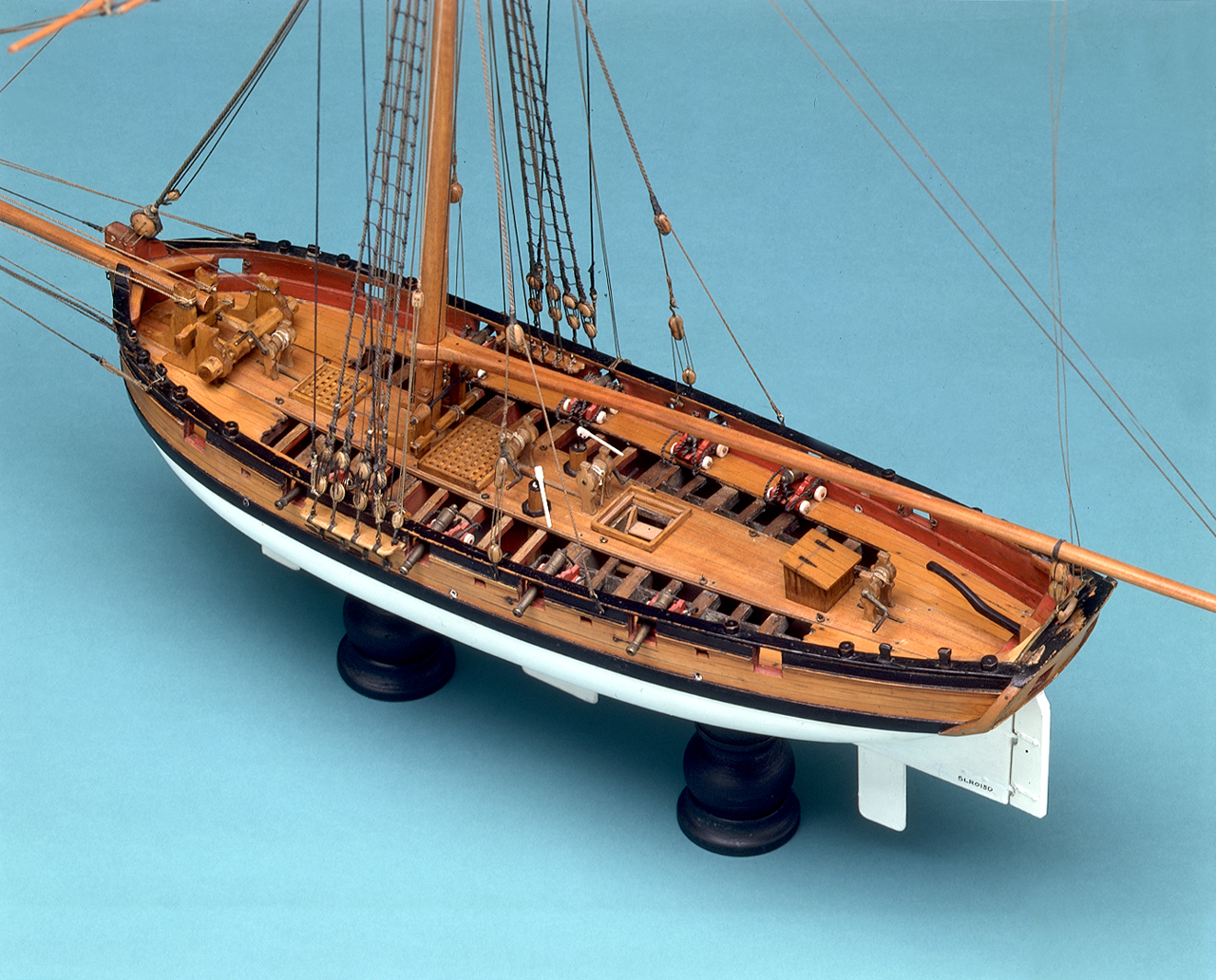 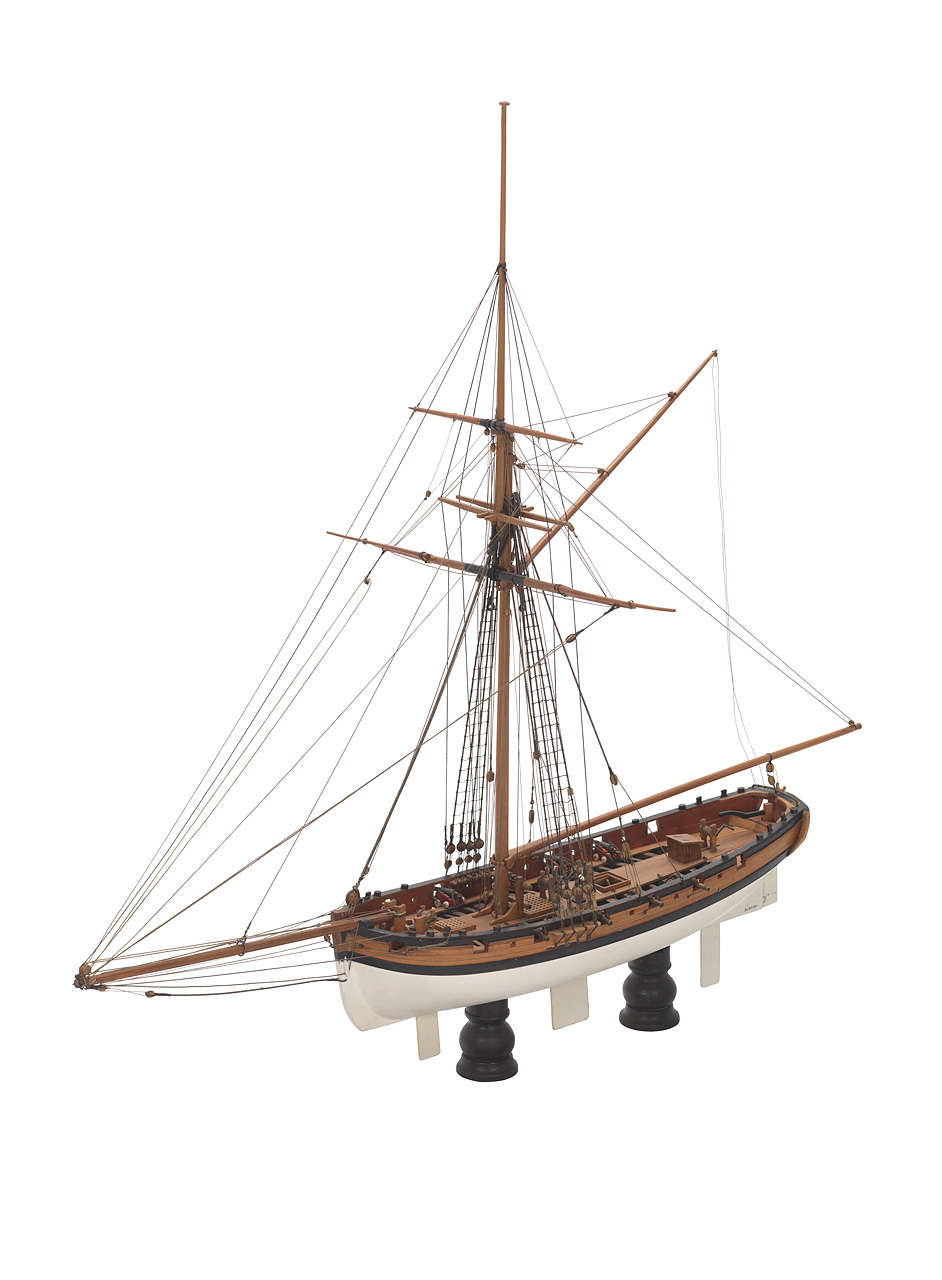 Scale: 1:48. A contemporary full hull model of the 'Trial' (1790), a 12-gun cutter, built and carved from a solid block of wood in the Georgian style. Model is partially decked, fully equipped and rigged. The hull is fitted with three of Captain Schank’s sliding keels, which give the shallow hull directional stability when under sail. The model has undergone some restoration as well as having modern spars and rigging.

The 'Trial’ was built by Thomas Dusterville of Plymouth to the designs of Captain John Schank. It measured 65 feet in length by 21 feet in the beam and had a tonnage of 123 burden. On 28 June 1793 it took a privateer from St Marlo, the 14-gun 'Le Feret’. In 1797 'Trial’ captured the privateer brig 'Le Courier de la Mer’. In 1798 whilst keeping watch on the invasion flotilla at Le Havre, in company with a frigate and a bomb vessel, her ability to sail close inshore was useful in a brief action with the 36-gun frigate ‘La Confiance’ and the 20-gun corvette ‘La Vesuve’. The former was beached, deserted and later burnt by a boat action; the corvette was driven ashore but refloated and escaped when superior forces drove off the British squadron. The 'Trial’ is not listed after 1813.
Back to Search Results
Buy a print License an image
Share:
Link copied to your clipboard!