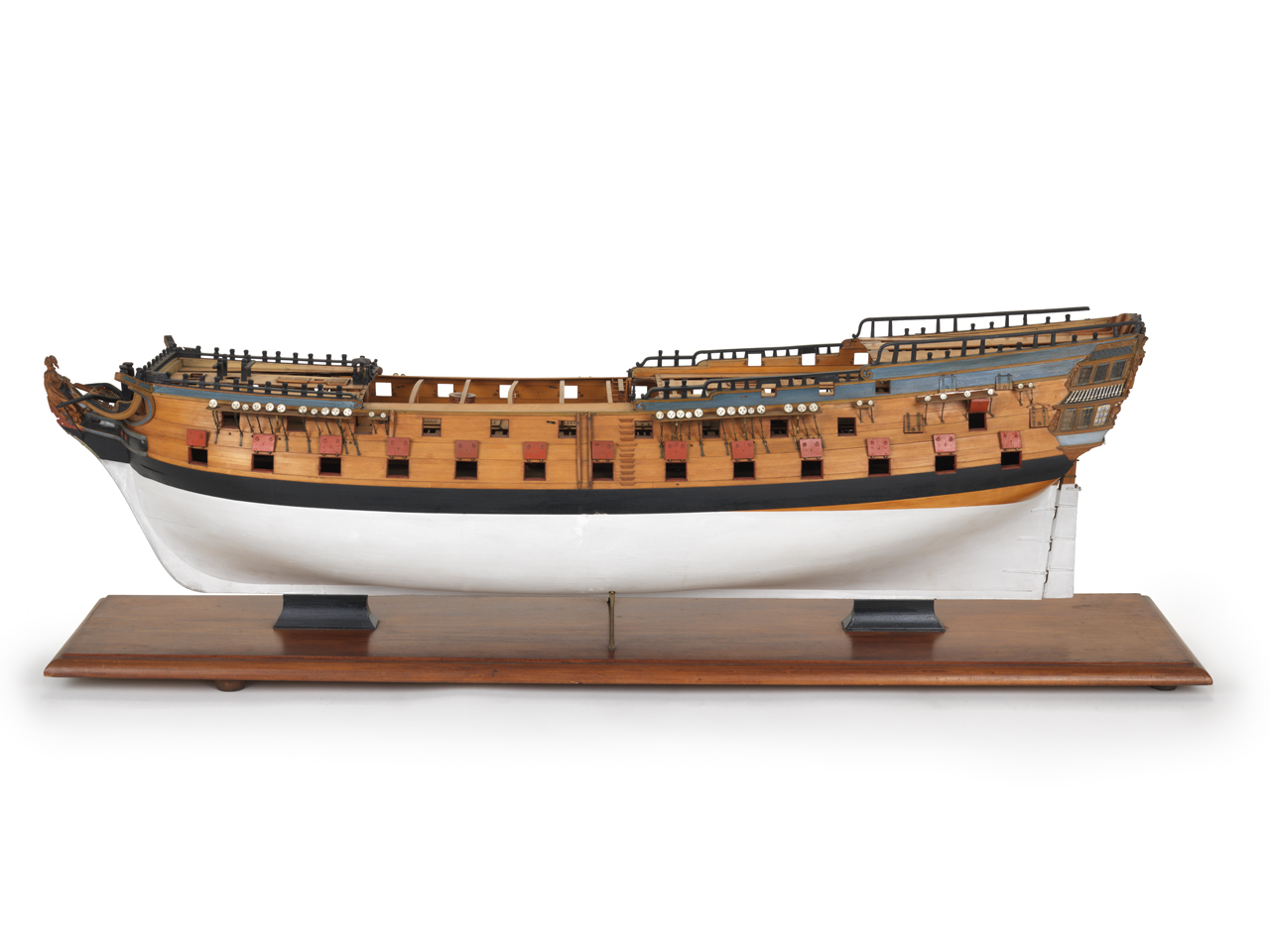 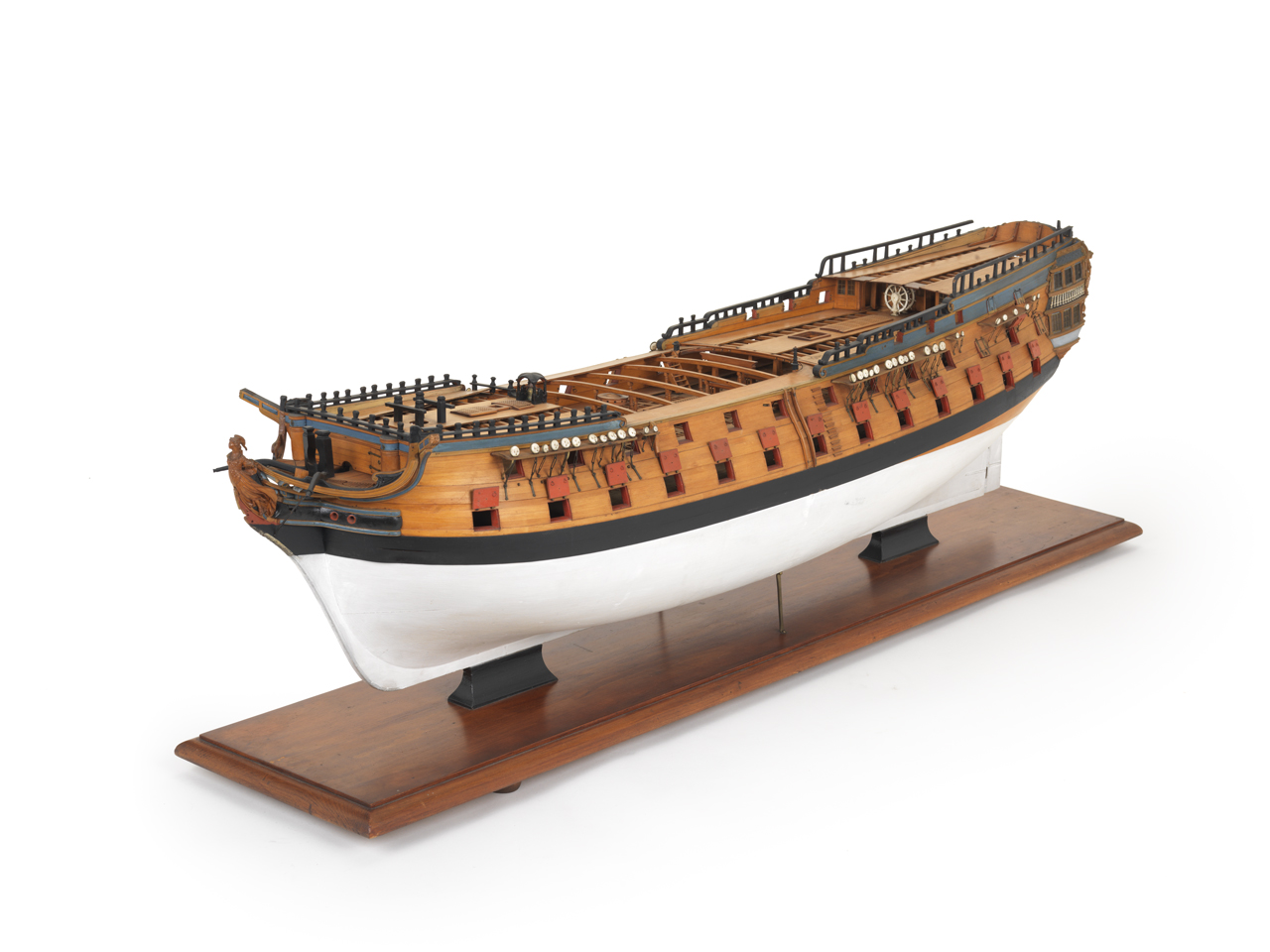 Scale: 1:48. A contemporary plank on frame full hull model of a 64-gun, two-decker ship of the line (circa 1775). The model is decked and equipped. It previously belonged to the Royal Naval Museum. The model has a maiden figurehead and carved figures and decoration on the stern (partly damaged).

The measurements of this vessel are near those of some contract-built third rates of 1782–85 but they had slightly larger quarterdecks and carried their mizzen channels higher – both indications of a later date. The model probably represents a preliminary design.
Back to Search Results
Buy a print License an image
Share:
Link copied to your clipboard!