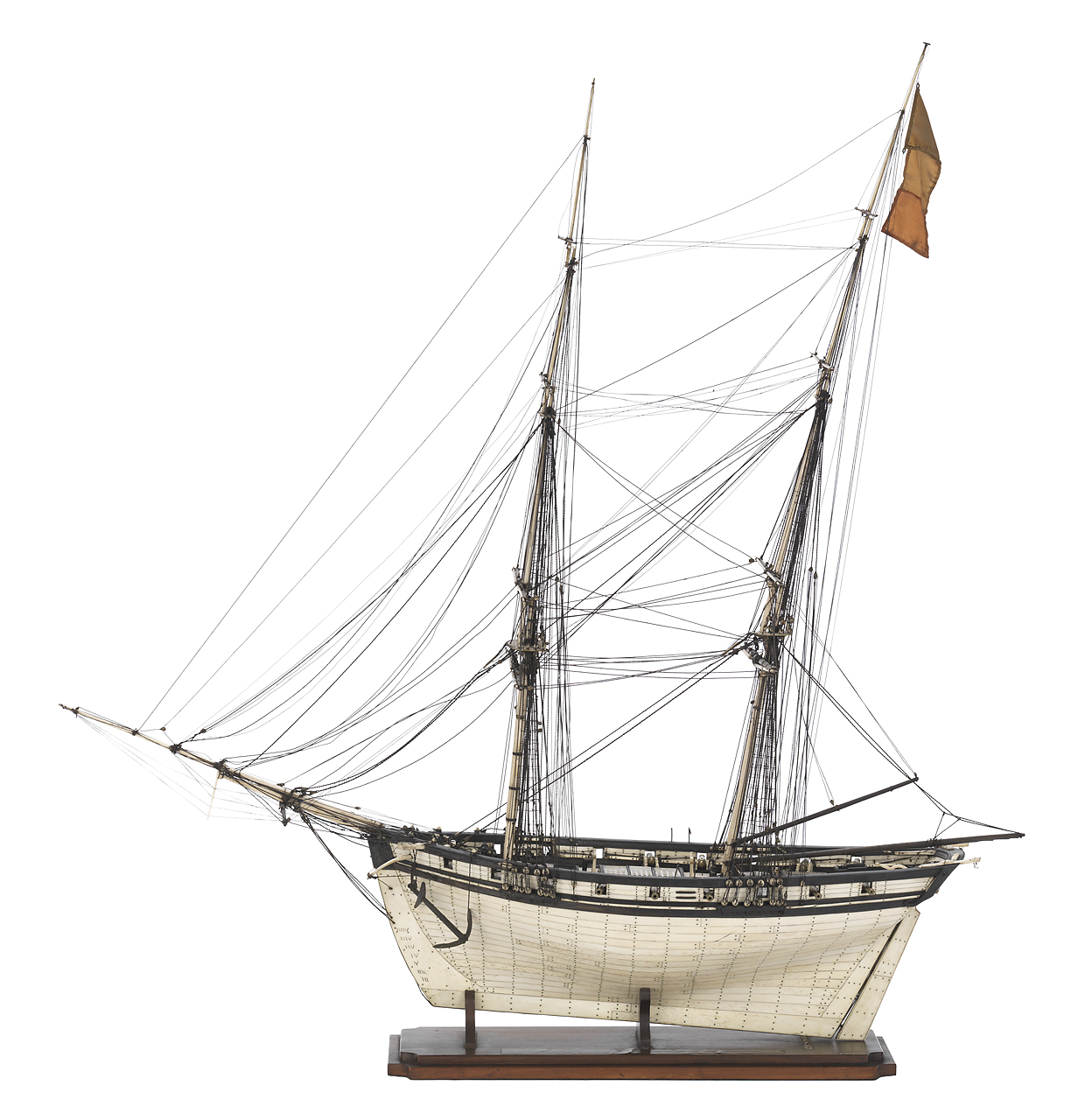 Scale: Unknown. A contemporary full hull model of the French brig ‘Joan D’Arc’ (1800) fully rigged and mounted on its original wooden baseboard. The hull is carved from a solid piece of wood to which the bone planks are secured with brass pins. The masts tops, caps, crosstrees, deadeyes and blocks are made in bone whilst the stunsail yards look as if they are goose quill. The deck is fully equipped with the anchors and their handling gear, the turned brass cannon are mounted on bone carriages and there is a glazed skylight at the stern just forward of the tiller.

During the Revolutionary and Napoleonic Wars (1793-1815), large numbers of French prisoners were housed in open prisons throughout Britain. Their daily food ration included half a pound of beef or mutton on the bone. Subsequently, the bone became a readily available source of raw material from which a variety of objects were crafted. Other materials were also used including wood, horn, brass, silk, straw and glass. Typically, the models were not made to scale as accurate scale plans were not available and tools were limited. To realise a good price at market, the models were often named after famous ships of the time, whilst some models included spring-loaded guns operated by cords. It is thought that the name is fictitious as has not been possible to identify the model with a particular vessel.
Back to Search Results
Buy a print License an image
Share:
Link copied to your clipboard!