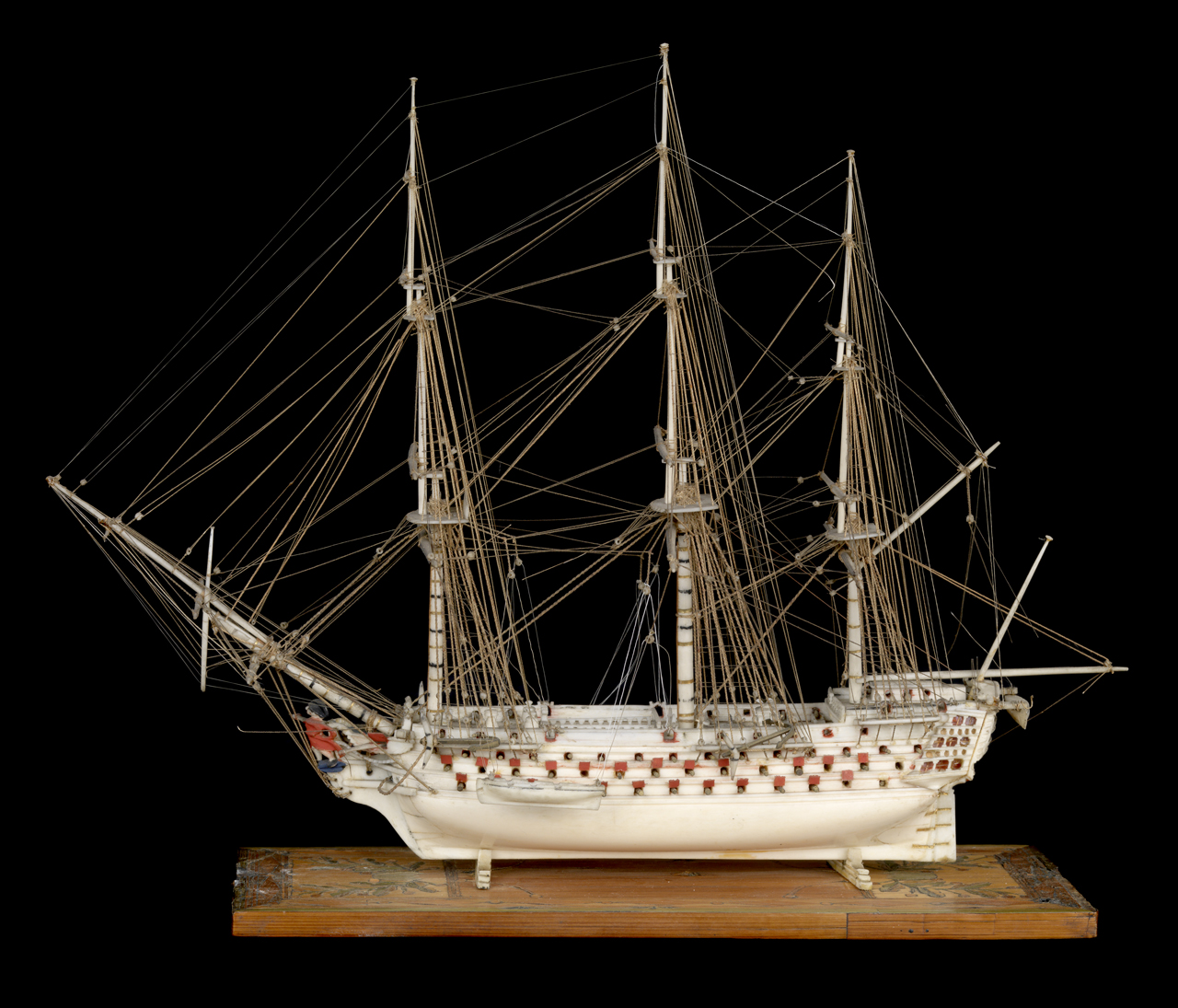 Scale: unknown. Full hull model of a French 100-gun three-decker ship of the line. A small-scale model, with the main part of the hull carved from a single piece of bone, which has been pieced and fitted with three rows of turned brass cannon. The masts and spars are also made from bone whilst both the standing and running rigging is mainly silk thread, which has been laid up into various sizes. It is complete with a female figurehead, white ensign (modern) and a set of boats rigged over the stern on davits and yard tackles amidships. The whole model is mounted on its original wooden baseboard, which has been decorated with inlaid stained straw in geometrical and floral patterns.