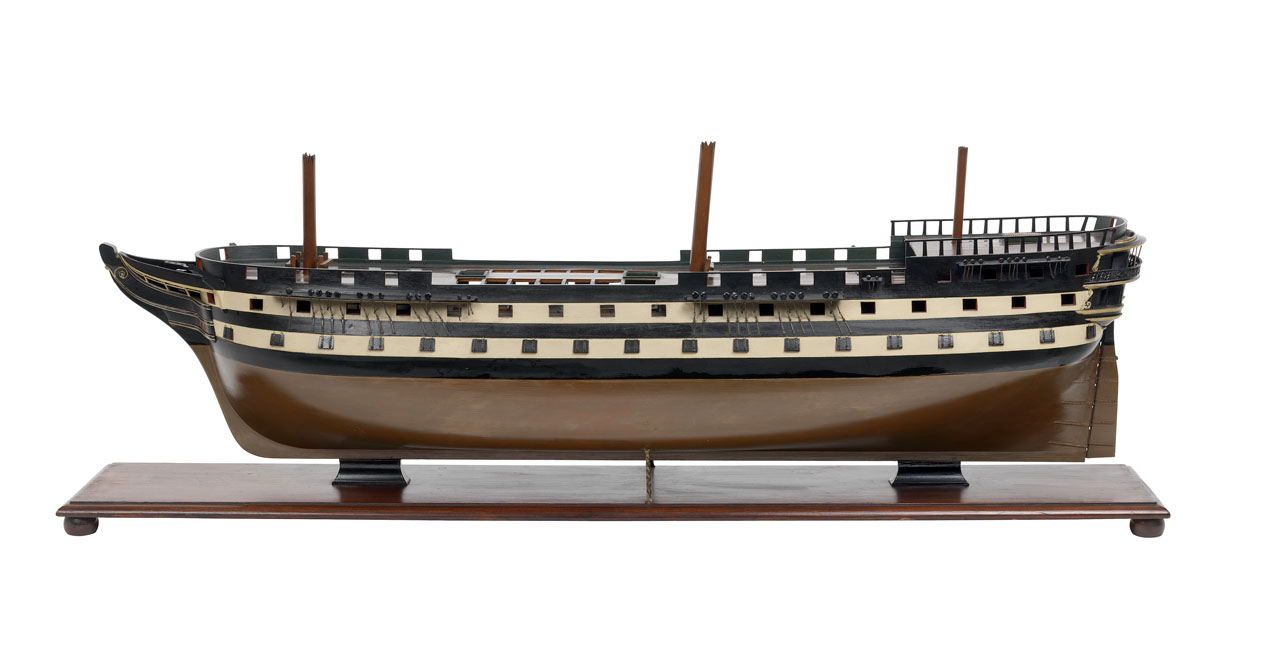 Scale: 1:48. A contemporary full hull model of the 92-gun, two-decker ‘HMS Rodney’ (1833). The hull is built in bread and butter fashion and is complete with stump masts, channels and a detailed representation of the elliptical stern galleries. The whole model is mounted on its original baseboard.

The ‘Rodney’ was designed by Sir Robert Seppings, Chief Surveyor of the Navy, and launched at the Pembroke dockyard in 1833. Measuring 205 feet along the gun deck by 54 feet in the beam and a tonnage of 2626, it was the first British two-decked ship to carry 90 guns or more. In 1840 under the command of Robert Maunsell, it took part in operations off the Syrian coast and later, in 1854, in the Black Sea during the Crimean War.

In 1860, the ‘Rodney’ was converted to steam with a 500-horsepower engine fitted with its armament reduced to 90 guns. From 1867–70 it was the flagship of the Hon. Sir H. Keppel on the China station, returning to Portsmouth for a further ten years before being broken up in 1880.
Back to Search Results
Buy a print License an image
Share:
Link copied to your clipboard!