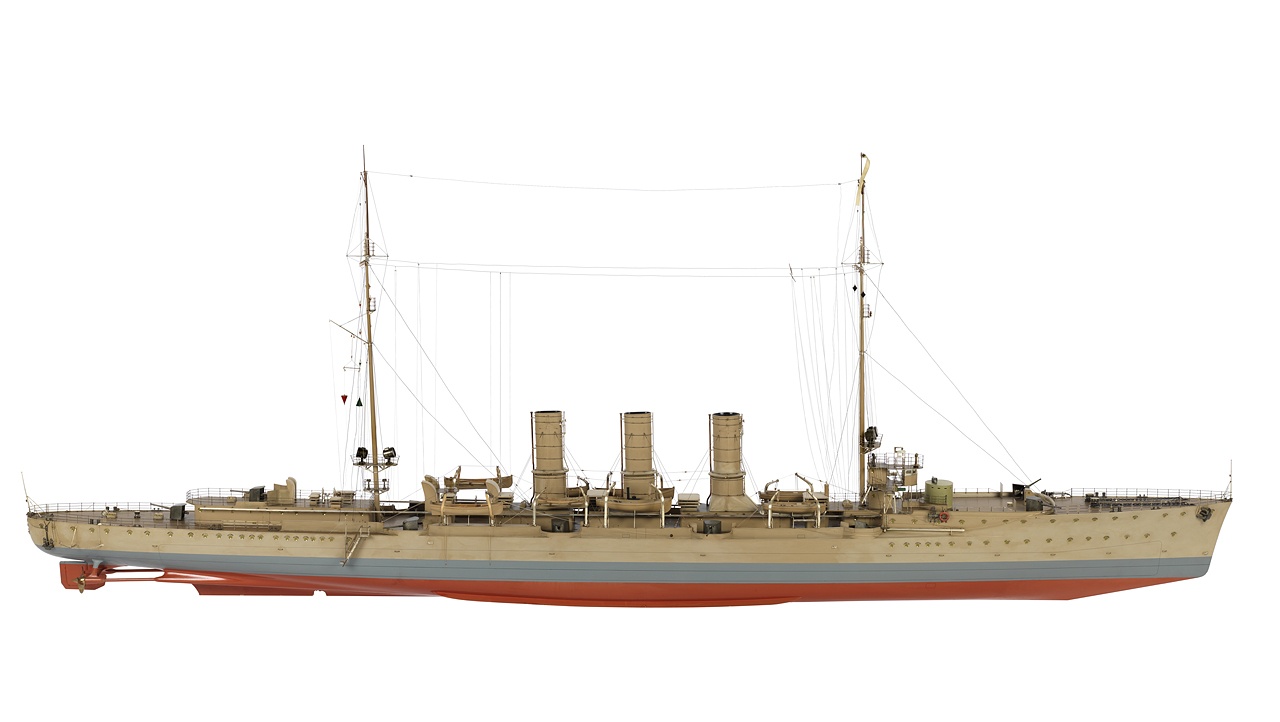 This ship was one of a series of fast cruisers built for the Imperial German Navy in the decade before the First World War. They had their counterpart in the Royal Naval ‘Town’-class cruisers and on them fell much of the burden of patrol work in the North Sea between 1914 and 1918.

The model is of the highest quality and it is interesting as an example of modelmaking by a German shipyard. Stylistically, it is similar to a typical British shipbuilder’s exhibition model, the most notable difference being the metric scale used. It is also more ‘realistic’ than the model-making work of many British yards. The colours used in the paint finish are lifelike and weathered, the treatment of the deck and glazed areas is extremely convincing and even the silvered fittings have a true to life quality to them. Three boats are in the process of being launched and both port and starboard companion ladders have been lowered. It is a beautiful model that deserves, and rewards, close examination.

This model was transferred to the Museum from the Naval War Trophies Committee in the mid-1940s.
Back to Search Results
Buy a print License an image
Share:
Link copied to your clipboard!