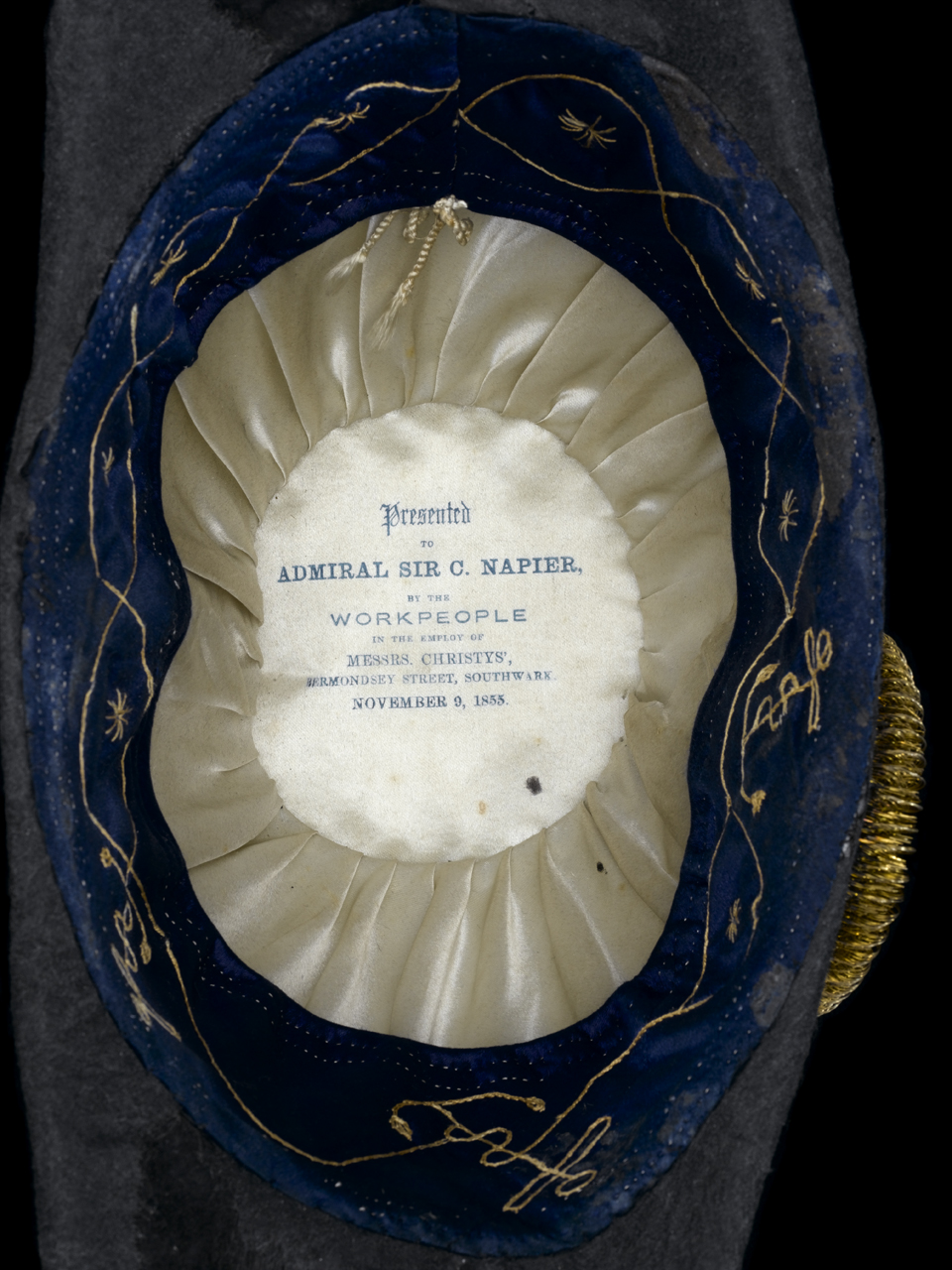 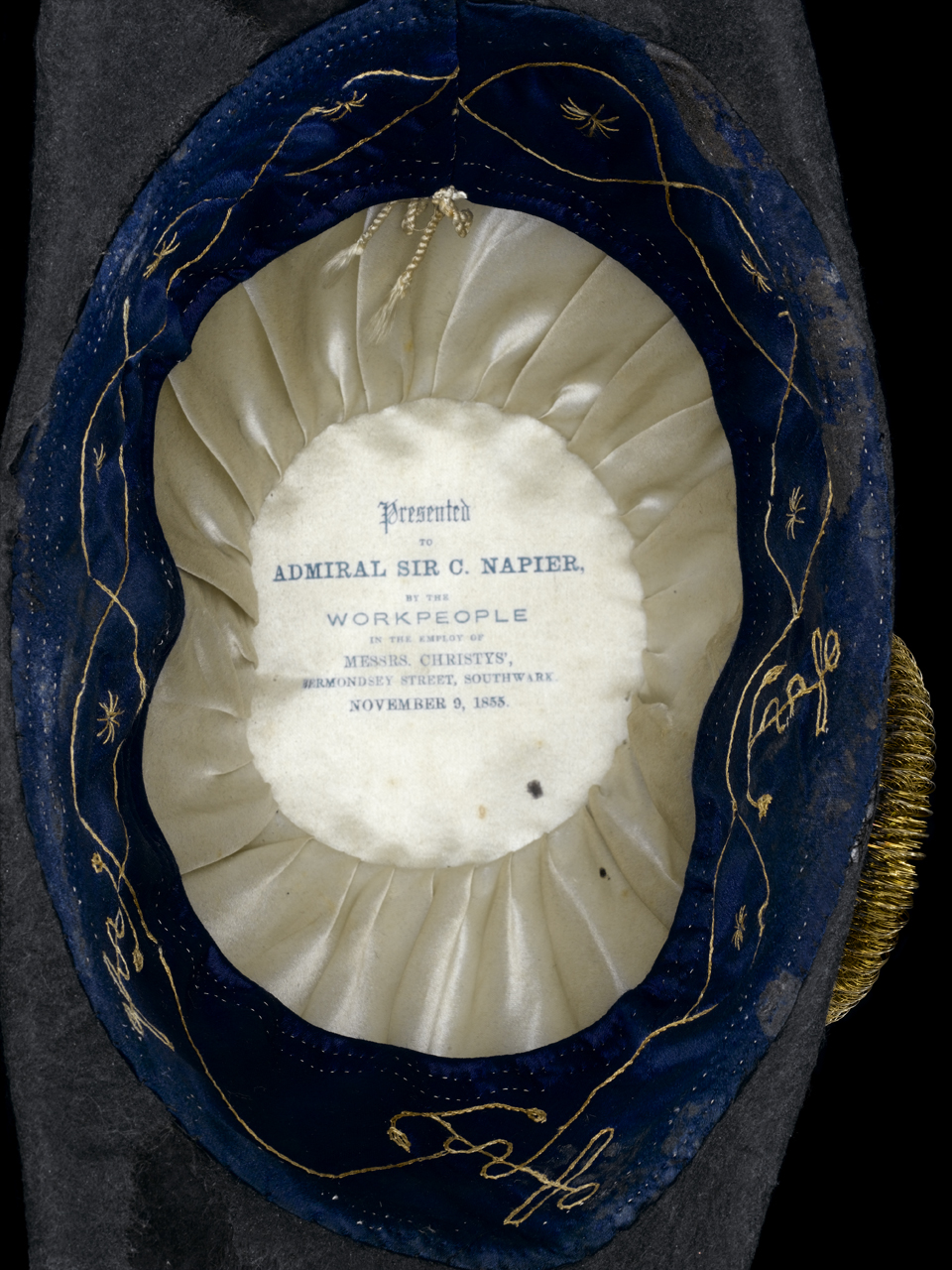 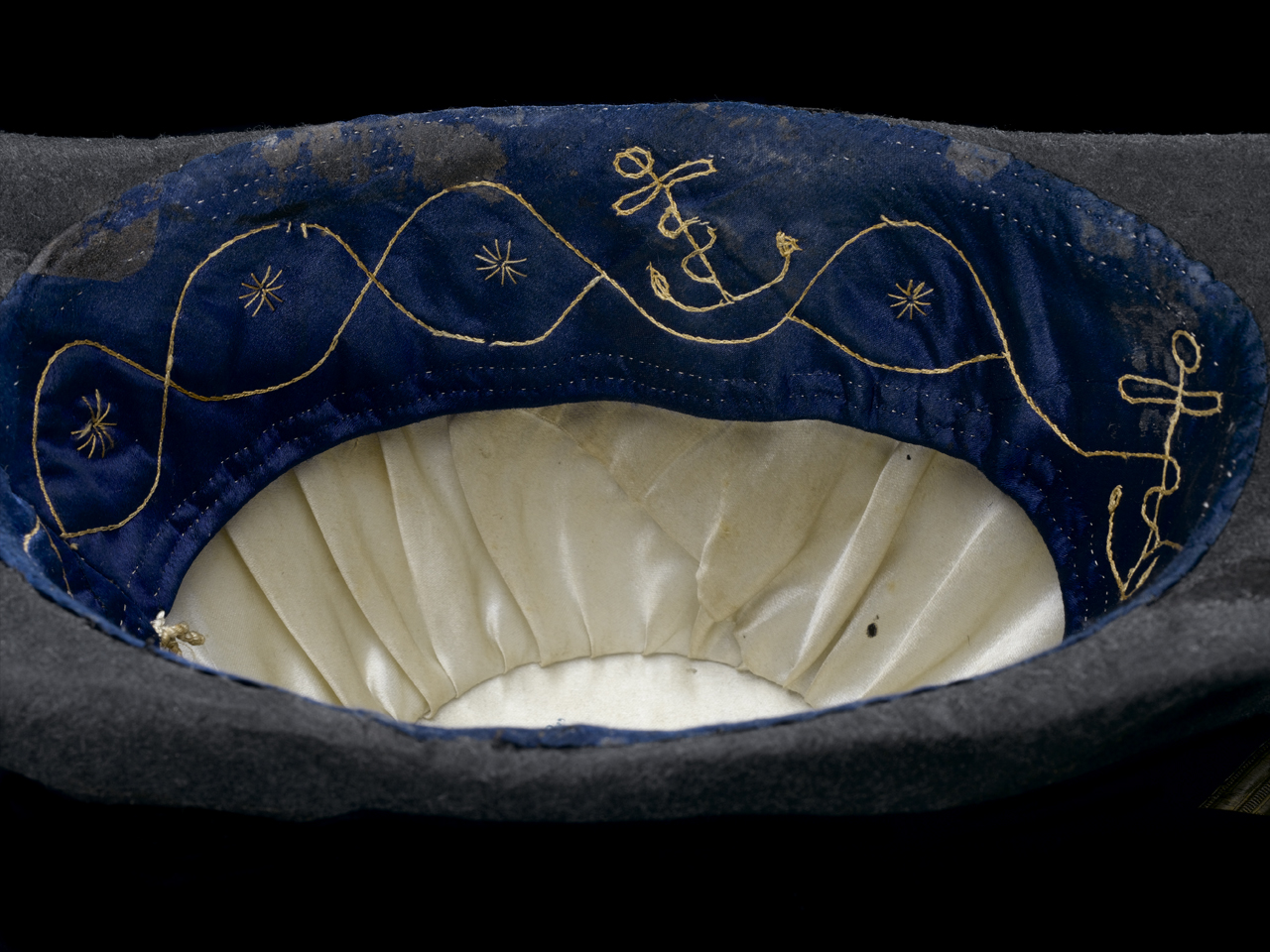 Heavily restored cocked hat presented to Admiral Sir Charles Napier (1786-1860) in 1855 while he was vice-admiral. Beaver felt bound with gold lace. On each end is a blue and gold tassel. The hat has a ribbed silk cockade and three loops of gold bullion, the central one twisted over a domed gilt brass button. The interior of the hat features a blue silk hat band embroidered with running stitch and chain stitch in a guilloche pattern with three anchors. The hat is lined with white silk and has the stamped inscription in the crown: ‘Presented/TO/ADMIRAL SIR C.NAPIER,/BY THE /WORKPEOPLE/IN THE EMPLOY OF/MESSRS. CHRISTYS’,/BERMONDSEY STREET, SOUTHWARK/November 9, 1855.’

Napier joined the Royal Navy in 1799 and reached the rank of admiral in 1860 after a career of victories in the Napoleonic, Anglo-American, Syrian and Crimean Wars. For his capture of Acre during the Syrian campaign, he was awarded the KCB and received a diamond hilted sword and the order of the Medjidie from the Sultan. His status as public hero was cemented and he remained a popular naval officer until his death. In peacetime, Napier served as an MP and in naval retirement had a reputation as a radical and outspoken politician who championed both parliamentary and naval reform.
Back to Search Results
Buy a print License an image
Share:
Link copied to your clipboard!