Skip to main content
You are here:
Home Explore by theme Eclipses

Find out everything you wanted to know about partial and total solar and lunar eclipses, including when to see them in the UK

What is an eclipse?

Watch more in this film series

What is a total solar eclipse?

An eclipse of the Sun occurs when the Moon comes directly between the Sun and the Earth so that the Earth lies in the shadow of the Moon. Because the Moon is much smaller than the Earth its shadow only covers a small part of the Earth's surface and a solar eclipse can only be seen from a restricted area. A total solar eclipse can be viewed from the darkest part of the shadow (its umbra) and areas covered by partial shade (its penumbra) witness a partial eclipse.

Watch the animation below to see what happens during a solar eclipse.

What is an annular eclipse?

When the Moon is not at its closest to the Earth its apparent diameter is less than that of the Sun and even where the Moon's disk obscures the Sun centrally, the outer ring of the Sun's disk is still visible. This is called an annular eclipse.

What is a lunar eclipse?

Find out more about lunar eclipses

When is the next eclipse in the UK?

There are between two and five solar eclipses each year with a total eclipse taking place every 18 months or so.

Total solar eclipses are seen every 400 years from any one place on the surface of the Earth.

Solar Eclipses in the UK

Worldwide, there are between two and five lunar eclipses visible each year. From any given location, lunar eclipses are fairly common and can be seen every few years or so.

Watch our livestream of the 2019 partial lunar eclipse on Facebook

A map of the United States showing the path of totality for the August 21, 2017 total solar eclipse (NASA)

The thin path of totality passed through portions of 14 states of America including Wyoming, Kentucky, and North and South Carolina.

At least a partial solar eclipse was visible in the rest of North America and parts of South America.

More than 12 million Americans live inside the path of totality and more than half of the nation lives within 400 miles of it.

Bonnie Tyler performed her 1983 hit ‘Total Eclipse of the Heart’ in a theatre aboard a Royal Caribbean cruise ship. The ship was positioned under the path of totality, with Tyler poised to sing during the eclipse.

How can I see an eclipse?

As always, with any observing event involving the Sun, it should never be looked at directly without the appropriate filters. If you want to look at the eclipse directly and safely there are a couple of options.

1. Check and see if your local astronomical society is hosting a solar eclipse event as they will have many instruments specifically for solar viewing or telescopes that have been fitted with the right filters.

2. If you can’t get out to these events and still want to look at the eclipse directly you can purchase solar eclipse viewing glasses. These must be the real deal – not 3D glasses or anything similar. Some of these may be available in popular astronomy magazines.

3. The safest, cheapest and arguably the most convenient way to view the event is by pinhole projection. This is extremely safe as there is no need to look directly at the Sun and the display can be shared by a few people together. Alternatively you could raid the kitchen drawers for all things holey – whether it’s a slotted spoon, colander or such like. This way you’ll see multiple projections of the event which makes for quite an artistic way to view this rare celestial event!

How to make a pinhole projector

Eclipses in myth and history

Ancient myths from many cultures around the world have explained eclipses as a time when an animal or demon eats the Sun or Moon. Even today, modern superstitions exist surrounding eclipses, with some believing that they could harm pregnant women. Scientists have debunked these modern superstitions, however the only precaution you need to take is protecting your eyes when viewing the Sun. 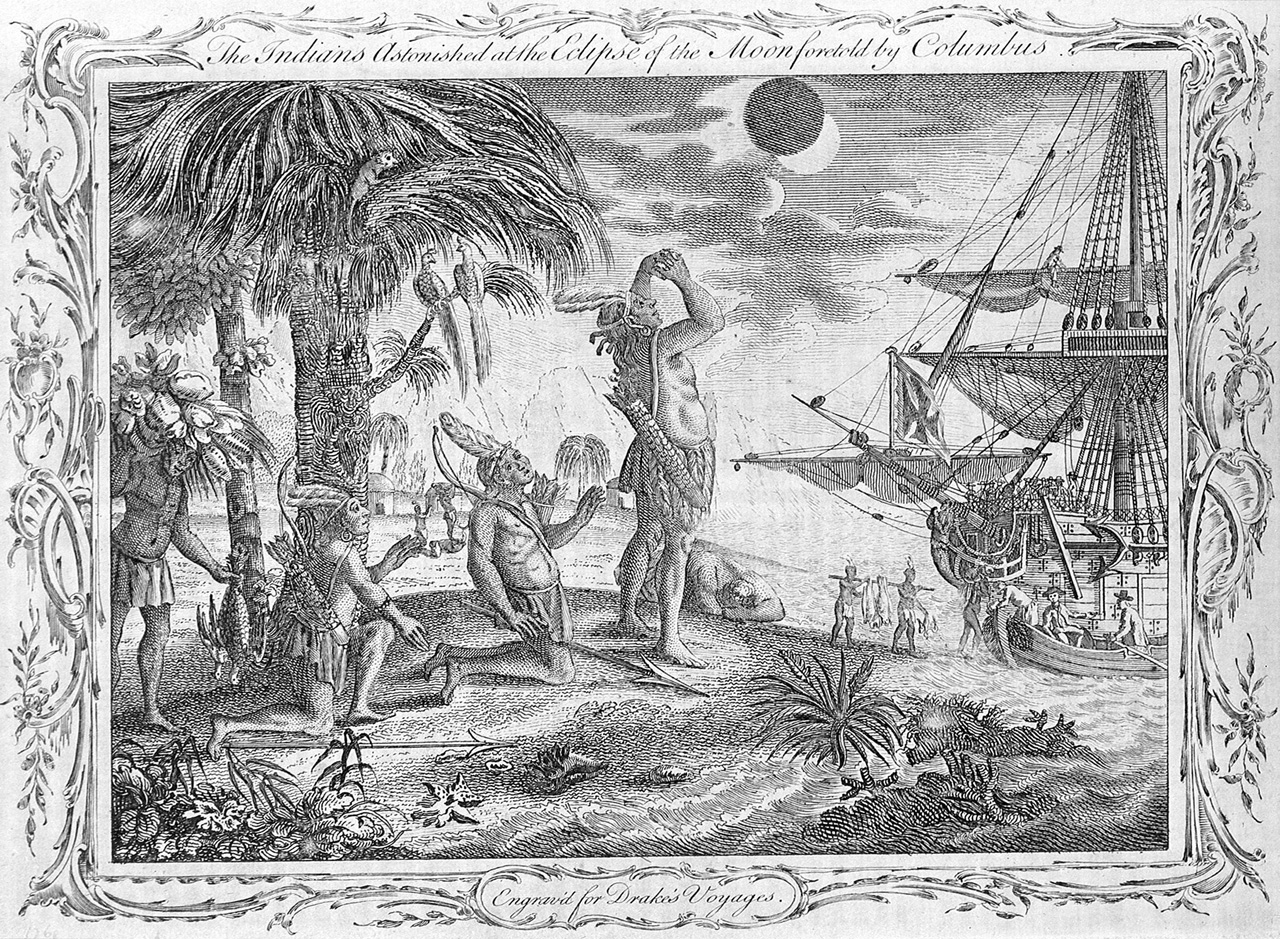 During the March 2016 total solar eclipse visible in Indonesia, keen astronomy photographers took out their cameras to capture its beauty. Our 2016 Insight Astronomy Photographer of the Year Award received many striking images from this event. Perhaps in 2018, the judging panel will receive an influx of images from the US event.

A group of us went to Indonesia primarily to view the eclipse, but saw many other amazing things too, such as volcanoes and orangutans. We were very lucky. The wet weather cleared in the morning to reveal a hot sunny day, before cloud again came over towards the end of the eclipse. This was my first ever total solar eclipse, and so the first time I have ever taken a photo of it. I am so glad I was able to take a picture of totality and the diamond ring. What an experience it was, one I most certainly will never forget.

As seen from Indonesia, the total solar eclipse of March 2016 lasted just over four minutes. It was bookended by a beautiful effect called ‘Baily’s beads’, named after English astronomer Francis Baily. As the Moon moves in front of the Sun, sunlight passes between mountains and crater walls on the rugged lunar surface, appearing from Earth as beads of light around the Moon. Just as totality is reached, and again when it ends, for a second or so only one ‘bead’ is visible. This results in the ‘diamond ring’ effect shown in this photograph. Baily’s beads are very bright and will damage eyesight if observed without protective equipment (Radmila Topalovic, Lead Astronomy Programmes Officer).

I took a series of photos of the 2016 total solar eclipse in Luwuk, Indonesia and stacked them to show the dramatic Baily’s Beads formation. I used shots from the second and third stages of the solar eclipse, which are when Baily’s Beads can be seen. Baily’s Beads occur as the Moon passes in front of the Sun. From Earth it seems like the sunlight seen around the edge of the Moon is broken into fragments because the uneven lunar surface obscures some of the light. This creates the illusion of a string of beads encircling the Moon. Sometimes at this stage you can also see what is called the ‘Diamond Ring Effect’ where only one bead of light is prominent.

The Insight Investment Astronomy Photographer of the Year Awards will be open at the National Maritime Museum until 26 April 2020.

Lunar eclipse guide: When and where to see in the UK

How far away is the Moon?