The relationship between the Observatory and the Herschel family lasted over a century.

When William Herschel first discovered the planet Uranus in 1781, it was 5th Astronomer Royal, Nevil Maskelyne, who confirmed that it was a planet rather than a comet.

The relationship continued and strengthened in the next generation, as William's son John and 7th Astronomer Royal, George Biddell Airy corresponded on many scientific projects.

During the 18th century, the role of the Royal Observatory was to produce tables to aid navigation. The work was routine and practical. Astronomical discoveries were left to amateurs such as the Herschels. William Herschel was originally a musician from Hanover but became interested in astronomy in 1773.

In 1781 he spotted what he thought might be a comet using a 7ft telescope. He immediately wrote to Nevil Maskelyne, then Astronomer Royal. The comet turned out to be the planet Uranus.

William Herschel was not only an amateur astronomer, he was also an instrument maker. In 1785 King George III gave William a grant of £2,000 to build a 40ft reflector telescope for William's own use (the remains of which are now on display at the Observatory, outside the South Building). 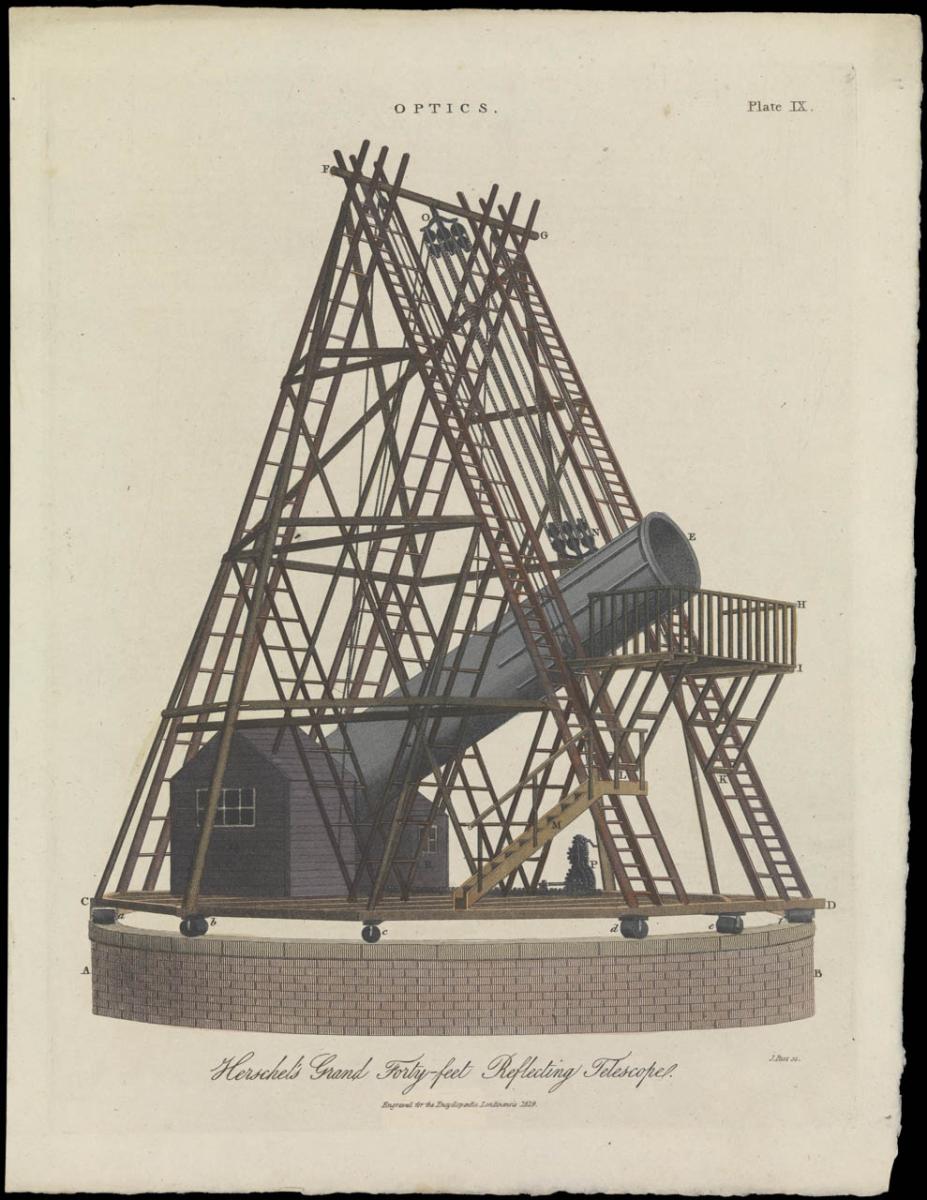 William finished building his 40ft Newtonian reflector telescope in 1789 with grants totalling £4000 from King George III. It was the largest, most powerful telescope in the world and attracted visitors from far and wide. With it, William discovered the sixth and seventh satellites of Saturn.

Find out more about the telescope

Caroline followed her brother into astronomy, initially as William's assistant, noting measurements, grinding telescope mirrors, and carrying out calculations on astronomical data, on top of running the household.

In 1782 William gave her a small telescope and she began 'comet hunting'. In her sweeps of the sky she found nebulae, new clusters and a total of eight comets.

During the 19th century the gap between the astronomical interests of the professional and gentleman amateur was closing. William’s son John Herschel and 7th Astronomer Royal,George Biddell Airy were involved in many of the same academic societies and sometimes sat on the same committees.

Airy was later in correspondence with John's son, Alexander, Professor of Physics at the University of Durham between 1871-86. Among the topics they discussed was the use of photography in astronomy.

Find out more about John Herschel

William Herschel had begun a survey of 'exotic objects', such as nebulae and star clusters, in the Northern Hemisphere. John Herschel completed the survey by plotting similar objects in the Southern Hemisphere. To do this, in 1834 he took his family to Feldhausen near Capetown in South Africa.

Visit the home of Greenwich Mean Time (GMT), the Prime Meridian of the world and London’s Planetarium.
Find out more Top things to do