“Wow,” Athena Rose says as she gazes at the Ditchley portrait of Elizabeth I in Tudors to Windsors: British Royal Portraits.

Athena, along with Lakeisha Nibi and Courtney Major-Linihan, is a performing arts student at Lewisham College.

We asked the students to give their thoughts on key portraits in the exhibition. From royal duties and materialism to symbolism and brotherly love, here’s what they had to say...

This painting was probably commissioned by Sir Henry Lee, a favourite courtier of Elizabeth I and the first person to hold the office of 'Queen’s Champion'. Like many portraits of Elizabeth, the painting is filled with symbolism – the storms behind her and the clear skies ahead, referring to her forgiving nature. She is standing on a globe of the world, with her feet on Oxfordshire - site of Lee's Ditchley home. 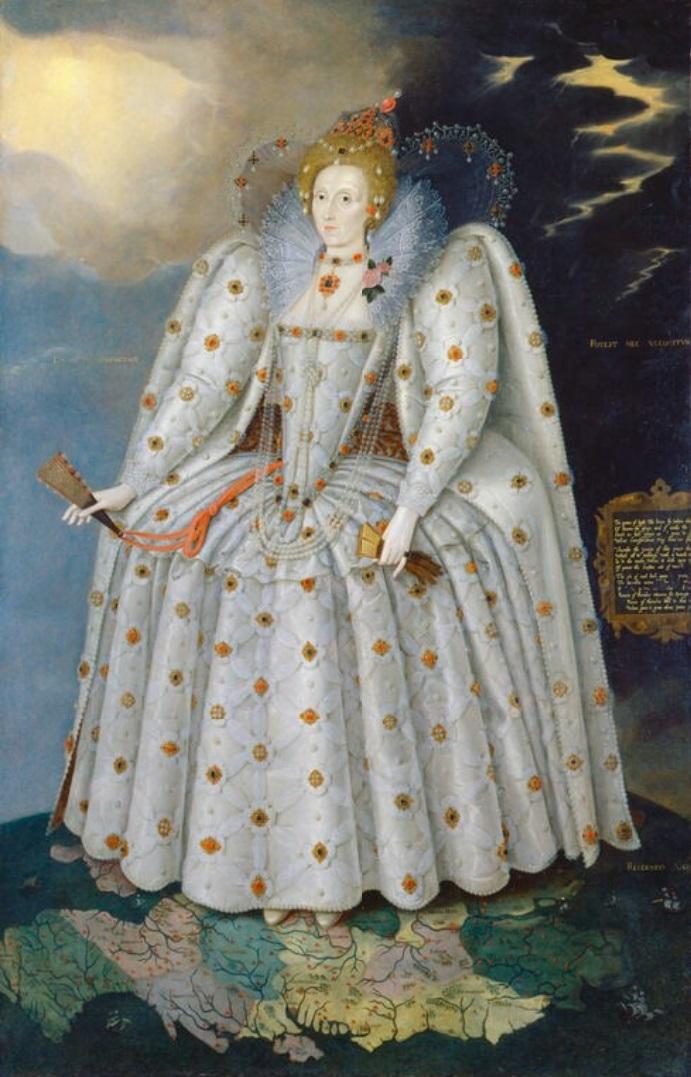 Victoria’s coronation was hailed as a new era of hope and optimism for Britain. That wave of feeling is conveyed in her portrait, with her upturned gaze and a shaft of light illuminating the scene. This official coronation portrait is also full of the traditions of royal iconography, including a sceptre, Imperial State Crown and coronation robes. 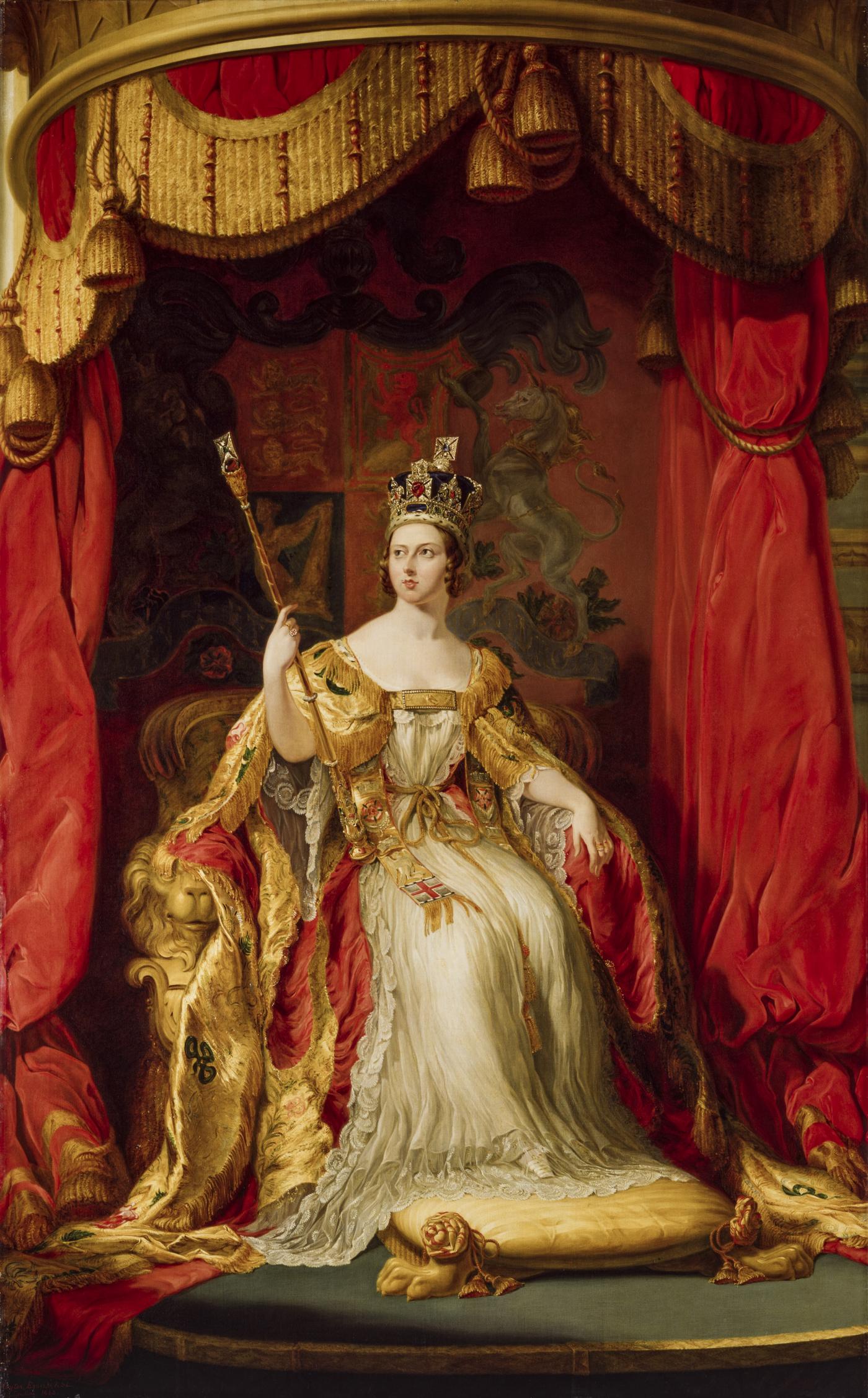 This portrait shows Queen Victoria nearing the end of her long reign, wearing the blue sash of the Order of the Garter. This is a version after an original made for Queen Victoria’s own collection. Victoria’s youngest child Princess Beatrice read aloud to her elderly mother during sittings for the original portrait, which the queen described as ‘wonderfully good’. Victoria died in 1901, aged 81. Her reign of 63 years was, at the time, the longest of any British monarch. 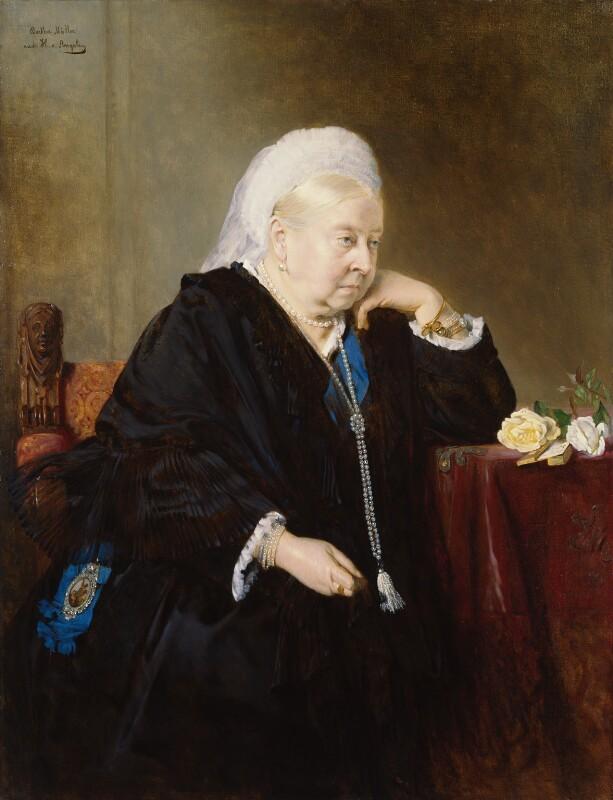 This is the first official oil portrait of Prince William and Prince Harry. It represents a unique moment in the lives of the brothers when they were both serving officers in the Household Cavalry (the ‘Blues and Royals’). They are shown wearing regimental dress uniform and the Duke of Cambridge wears the star and sash of the Order of the Garter, the highest order of chivalry in Britain. The painting conveys what the artist describes as ‘an informal moment within a formal context’. 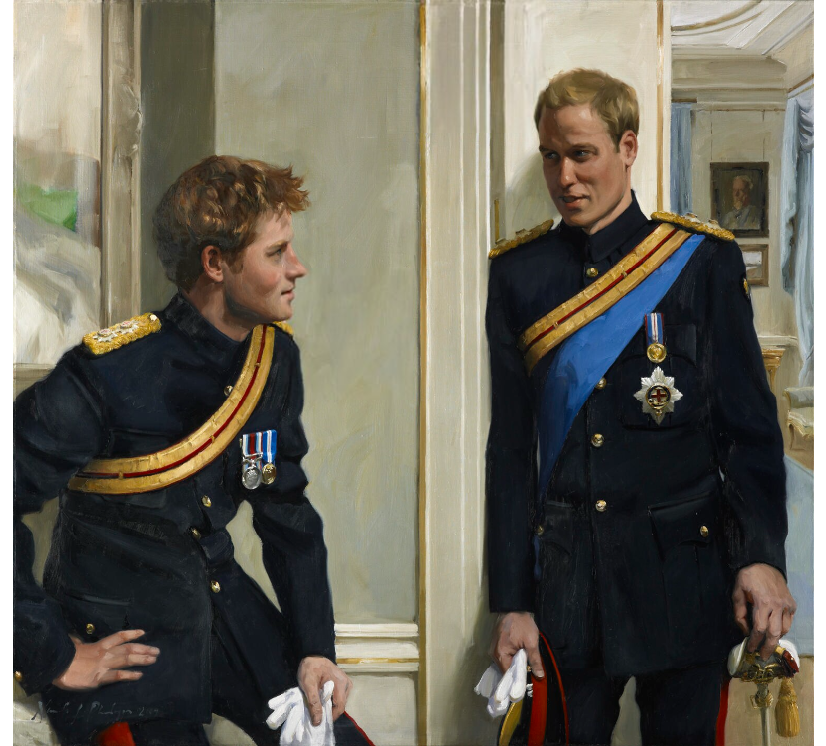 The Ditchley portrait of Elizabeth I by Marcus Gheeraerts the Younger

Painted by Flemish artist, Marcus Gheeraerts the Younger in around 1592, the 'Ditchley portrait' of Elizabeth I depicts the Queen dressed in white, standing on the globe of the world.

“She looks like an angel in the sky. Her dress is covered in pearls and pearls are a symbol of virginity,” Lakeisha says.

For Athena, the portrait exudes majesty. “It screams dominance, power,” she says. She points out the contrasting weather at the top of the portrait, noting, “She can control anything around her. It could be sunny one day, but if she’s not having it, it can be rainy the next.”

Courtney agrees that the portrait showcases Elizabeth’s status. “It’s like she’s holding a wand, and when she strikes, everyone listens. When she says ‘go,’ everyone jumps,” she says.

Look inside the exhibition

This painting of Queen Victoria’s coronation shows the teenage queen in all her splendour and glory.

“The curtains at the side are like a theatre,” Lakeisha says. “They’ve just opened and she’s ready to perform, ready to give her best.”

Queen Victoria came to the throne in 1837 at the age of 18, which resonated with Lakeisha. “I’m 18 myself, and I could not imagine such responsibility, the weight that would have been on her shoulders,” she says.

Athena commented on the queen’s youthful energy: “She’s looking up to the distance as if looking towards the future; seeing what she can bring forward with her youthful attitude.”

She explains: “I have a lot of sympathy for Queen Victoria in this picture. She’s a widow and for her, her husband was the most important thing in her life. And I think this is important for us as teenagers nowadays to realise that materialistic things don’t make you who you are, and the people around you do.”

This painting of Prince William, Duke of Cambridge and Prince Harry, Duke of Sussex was the first official oil portrait of the brothers. It was made by artist Nicky Philipps in 2009.

“It’s a very relaxed portrait, and they’ve even got their gloves off,” Lakeisha says. Athena agrees, noting that the portrait captures a “secret stolen moment” between the two siblings. “They don’t have to be the future king and the prince, they can just be... William and Harry,” she says.