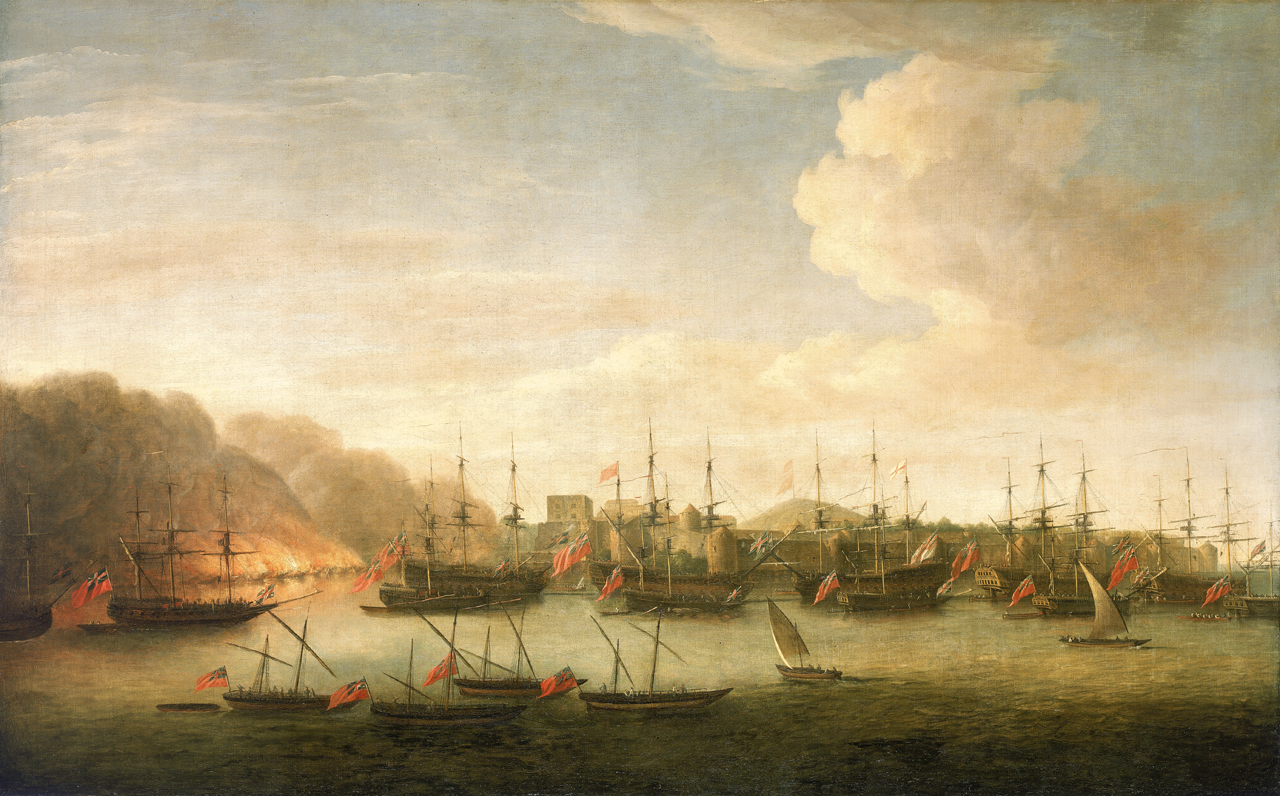 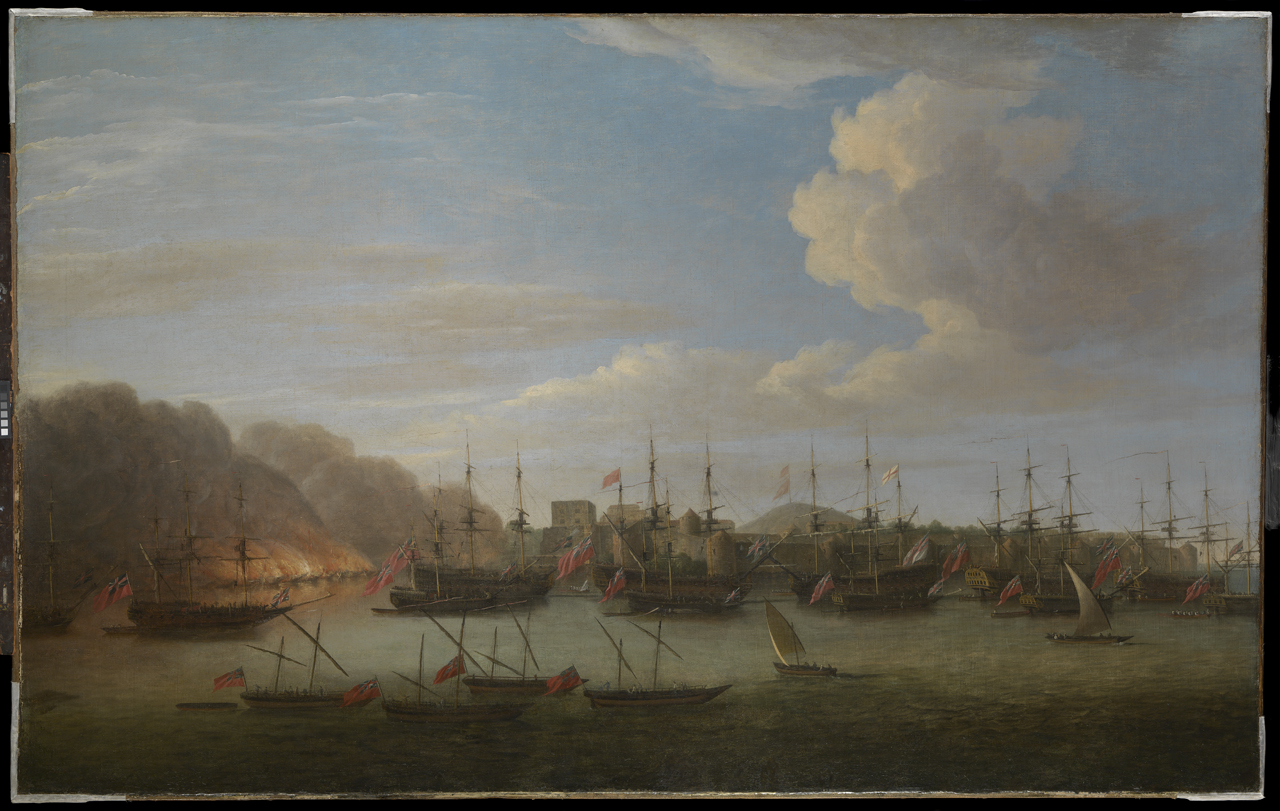 The Capture of Geriah, February 1756

Geriah was a stronghold of the notorious and formidable Maratha pirate Tulagee Angria. One of a family of Indian pirates plundering the trade carried in East India Company ships, he operated off India’s Malabar coast between Bombay and Goa, known as the Pirate Coast. Angria had strongholds on the little island of Severndroog, which had been captured by Commodore James in 1755, south of Bankote, or Fort Victoria, and at Geriah, south of Ratnagiri. Late in 1755 an expedition consisting of Royal, Company and Mahrattan ships was organised to destroy it, together with a contingent of Company troops under Lieutenant Colonel Clive. The expedition was commanded by Rear-Admiral Watson with Rear-Admiral Pocock as his second in command. In anticipation of an attack, Angria made a deal with the Mahrattans to give them Geriah, if the attack was called off. Although they agreed, Watson was determined to destroy it, and carried out a bombardment on 12 February 1756. Although he silenced the defence batteries, it was necessary to open fire again on 13 February before the final surrender the next day. Apart from the destruction of Angria’s arsenal and fleet, £130,000 of spices and valuables were found. Angria’s wife and family were spared and Angira himself escaped and fled.

In the foreground are moored four Company gallivants or small armed vessels with sails or oars used on the Malabar coast, while on the right are two Indian dinghies under sail. Beyond these, centre to the right, five bombs are moored, to gain maximum shelter from the hulls of the big ships moored between them and the walls of Geriah. Watson’s flagship the ‘Kent’ is in the centre, with Pocock’s ‘Cumberland’ to the right of her as the only ship shown facing the opposite direction. To the right of the flagships are two more King’s ships with another on the left. The firing has ceased and boats and troops can be seen going ashore. To the left of the picture is a Company coastal vessel, called a grab, and astern of her are the bows of a moored ship, which may be that of Commodore James. In the left background are the blazing craft of Angria’s fleet. The NMM also has a pair of engraved plans by T. Jeffreys, 1761 and engravings by W. Tringham after M. Hore and P. Canot after T. Jeffreys, relating to this subject. The painting is signed and dated ‘D.Serres.1771’
Back to Search Results
Buy a print License an image
Share:
Link copied to your clipboard!