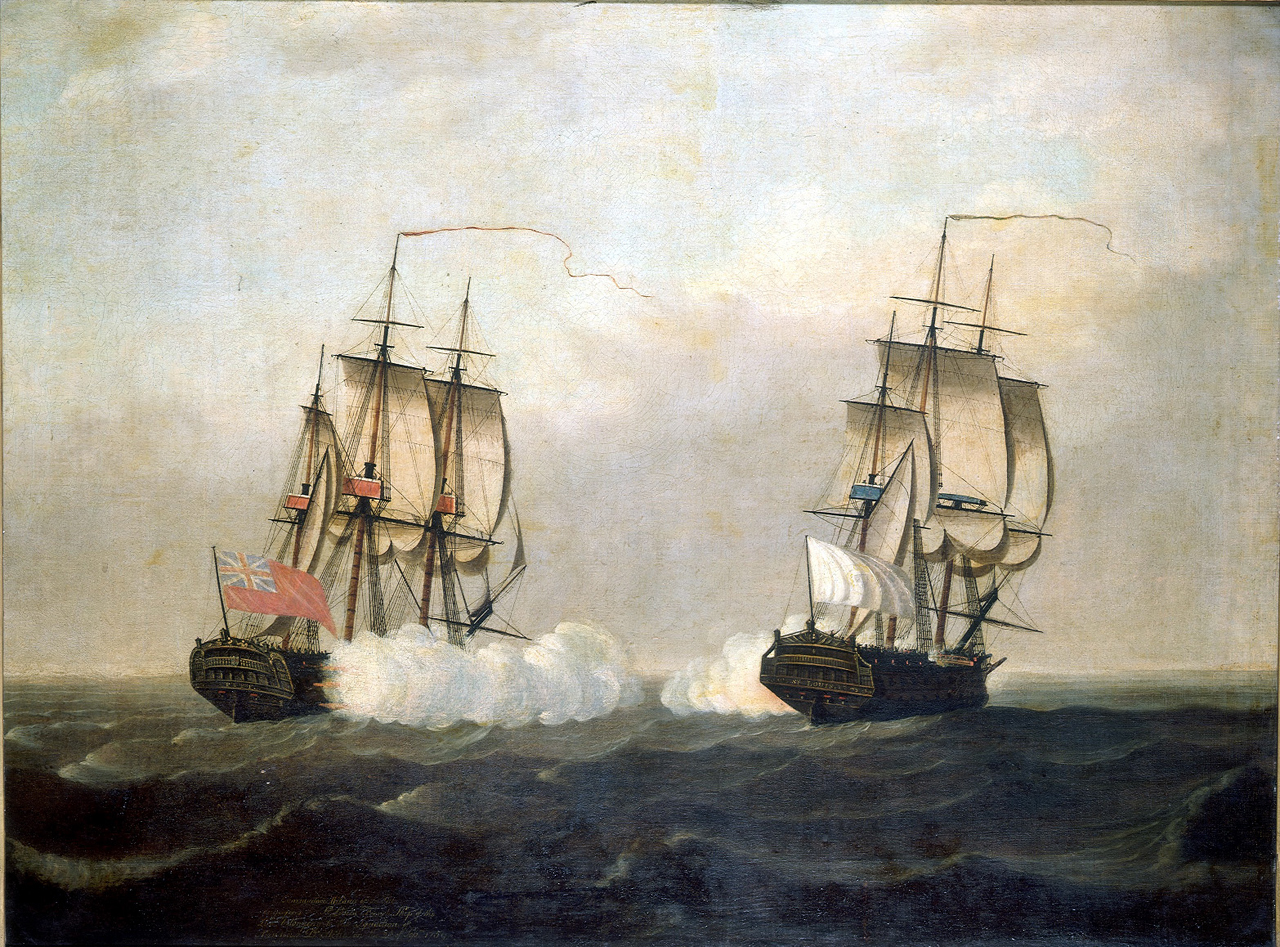 The action between the English East Indiaman the ‘Pitt’ and French ship ‘St Louis’ was a minor event which occurred off Fort St David, near Pondicherry. When Commodore Wilson, the captain of the ‘Pitt’ tried to engage the ‘St Louis’ in blowy weather he was unable to operate his lower tier of guns. So he was forced to break off the engagement after a brief exchange and escaped by out-sailing the Frenchman.

The painting shows the two ships firing into each other, with the ‘Pitt’ on the left. The painting is inscribed ‘Commodore Wilson of the ‘Pitt’ engaging the ‘St Louis’ French ship of the line belonging to the Squadron of Monsieur de Ache on the 28th Septem 1759’, although the date written is incorrect.
Back to Search Results
Buy a print License an image
Share:
Link copied to your clipboard!