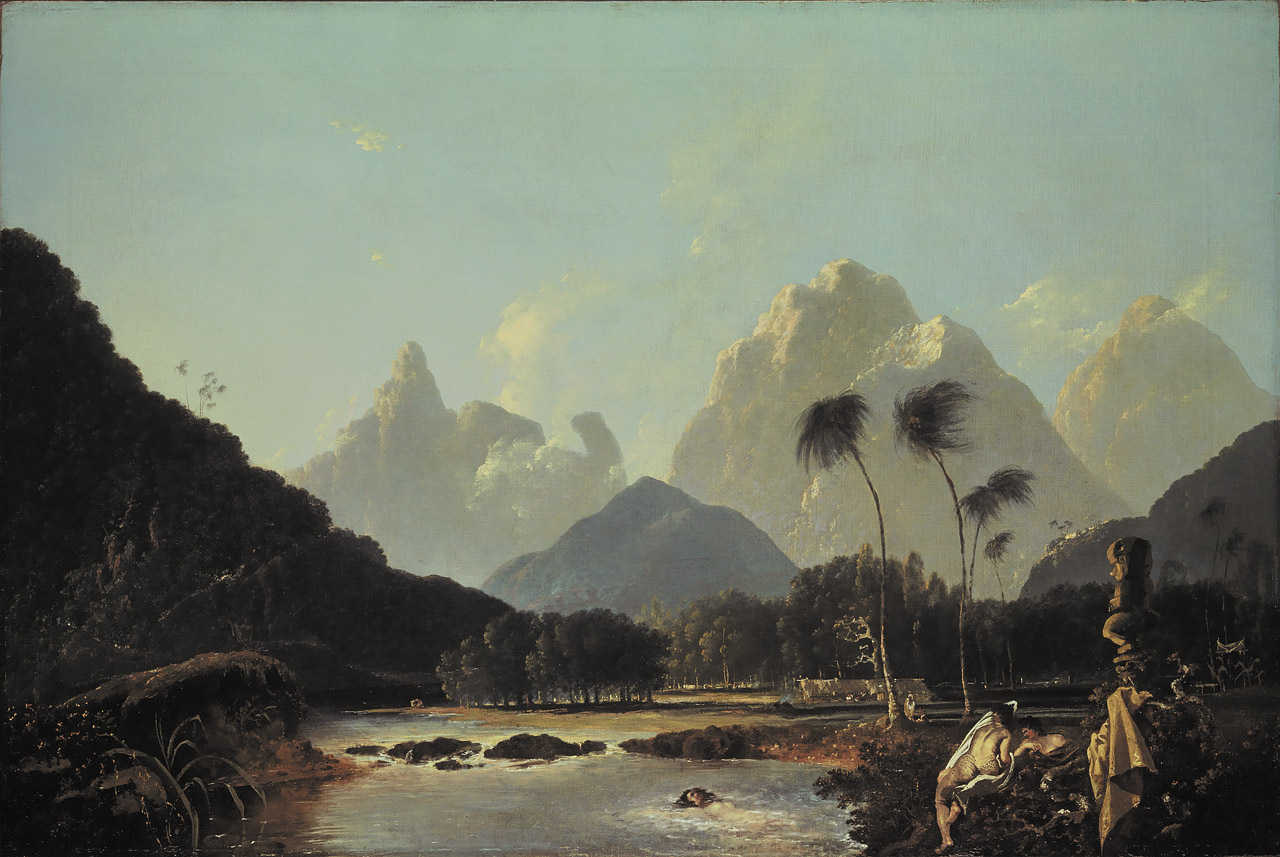 Cook's main purpose on this expedition was to locate, if possible, the much talked-of but unknown Southern Continent and further expand knowledge of the central Pacific islands, in which Hodges' records of coastal profiles were in part important for navigational reasons.

Hodges produced several versions of this painting, of which the traditional Admiralty title has become 'Tahiti revisited' but his original title is recorded on the back of the canvas. This is a version created for the Admiralty after the original painted for exhibition at the Royal Academy in 1776 (now at Anglesey Abbey).

Hodges depicts the first anchorage at Tahiti on the voyage and reveals the beauty and peace of Vaitepiha Bay. The terrain was described as high and mountainous and covered with trees and shrubs. Jagged peaks of mountains rise up in the distance and in the middle distance a hut is visible by the bank of the river. A figure is included nearby on the promontory at the edge of the water. Since climate was regarded as the prime determinant of man's mental, moral and social life, the painting implies Tahitian life as a function of its tropical fertility.

Hodges has attempted to introduce moral purpose and dignity to the landscape by presenting an image of Tahitian society untouched by European contact, since the image includes no hint of Cook's party. The inclusion of the shrouded corpse or 'tupapau' on the far right, implies that even in such a tropical idyll death is present. Such emphasis on the idyllic condition of Tahitian society prior to European contact was a political view that Hodges would have been wary of revealing, and was certainly not the view his works were expected to disseminate. Hodges used this personal interpretation of Tahiti to hint at the heady temptations of the island, which both Cook and the Admiralty would have wished to play down. These paintings attracted considerable public interest, and formed pendants to his images of boats of war.
Back to Search Results
Buy a print License an image
Share:
Link copied to your clipboard!