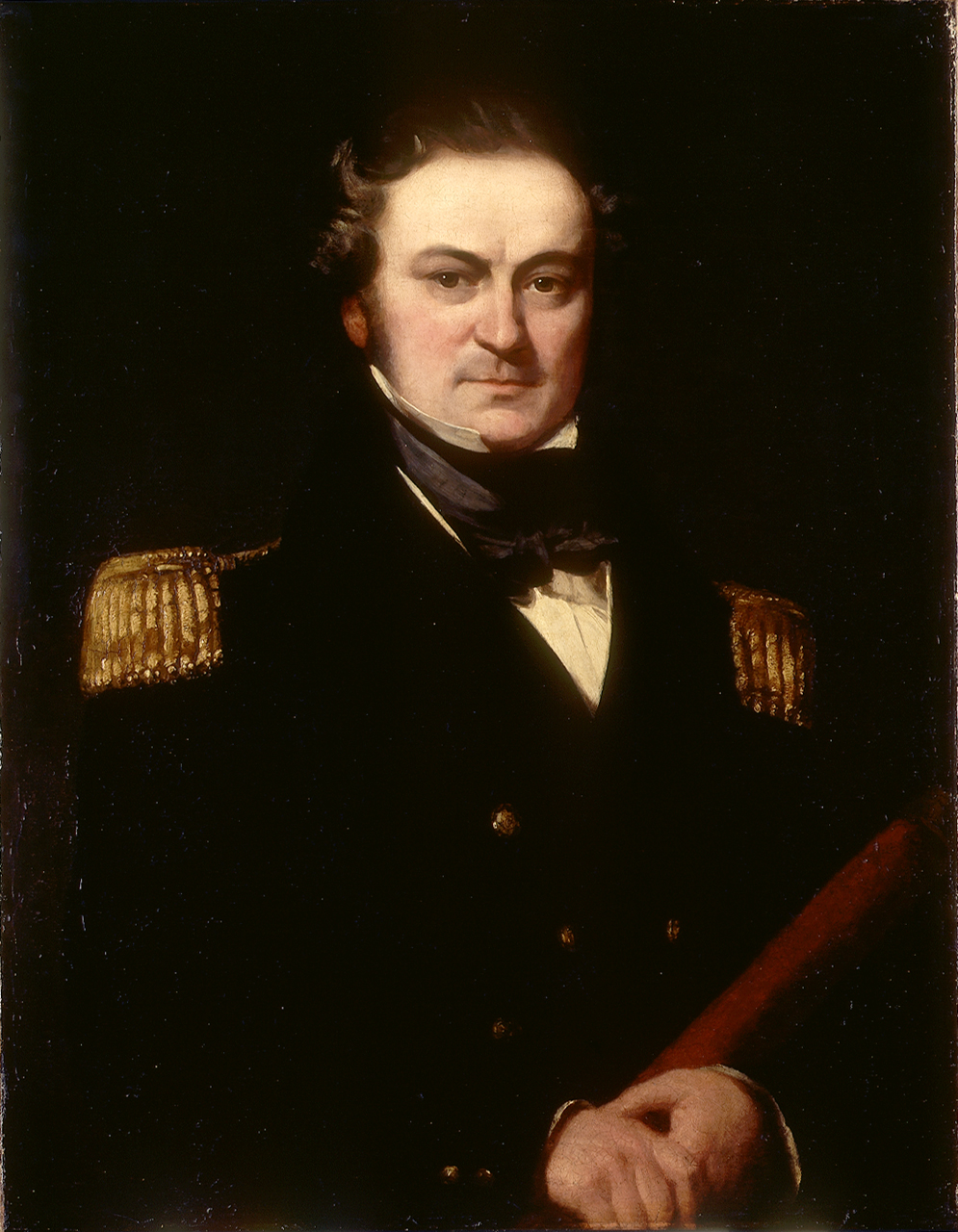 A half-length portrait of Parry wearing captain’s undress uniform, although the insignia on his epaulettes is not visible. His hands clasp the telescope cradled in his left arm. Parry made five voyages to the Arctic from 1810-27; four were in search of the N.W. Passage and one was towards the North Pole. He was with Captain John Ross in the Arctic in 1818, followed by an attempt to reach the Pacific by a North West Passage. On 15 August 1820 he reached longitude 113º 46’ 43” W off Melville Island, while in command of HM ships ‘Hecla’ and ‘Griper’. Together with the officers and men of the expedition, he received the parliamentary grant previously offered as a reward for the first to pass the meridian of 110° W within the Arctic Circle. On 22 July 1827, after sledging over the sea from Spitsbergen towards the North Pole, Parry reached latitude 82 º 43’ 32” five hundred miles from the Pole. This stood as a record for nearly fifty years. He was Hydrographer of the Admiralty from 1823 to 1829 and later Commissioner for the Australian Agricultural Company. He was also head of the Steam Department of the navy and Captain Superintendant of Haslar Hospital from 1846 to 1852. Parry was Lieutenant Governor of Greenwich Hospital from 1853-55 and is buried at Greenwich. Painted about 1830, this portrait was exhibited at the Royal Academy in 1838 and is signed ‘Skotto’.
Back to Search Results
Buy a print License an image
Share:
Link copied to your clipboard!