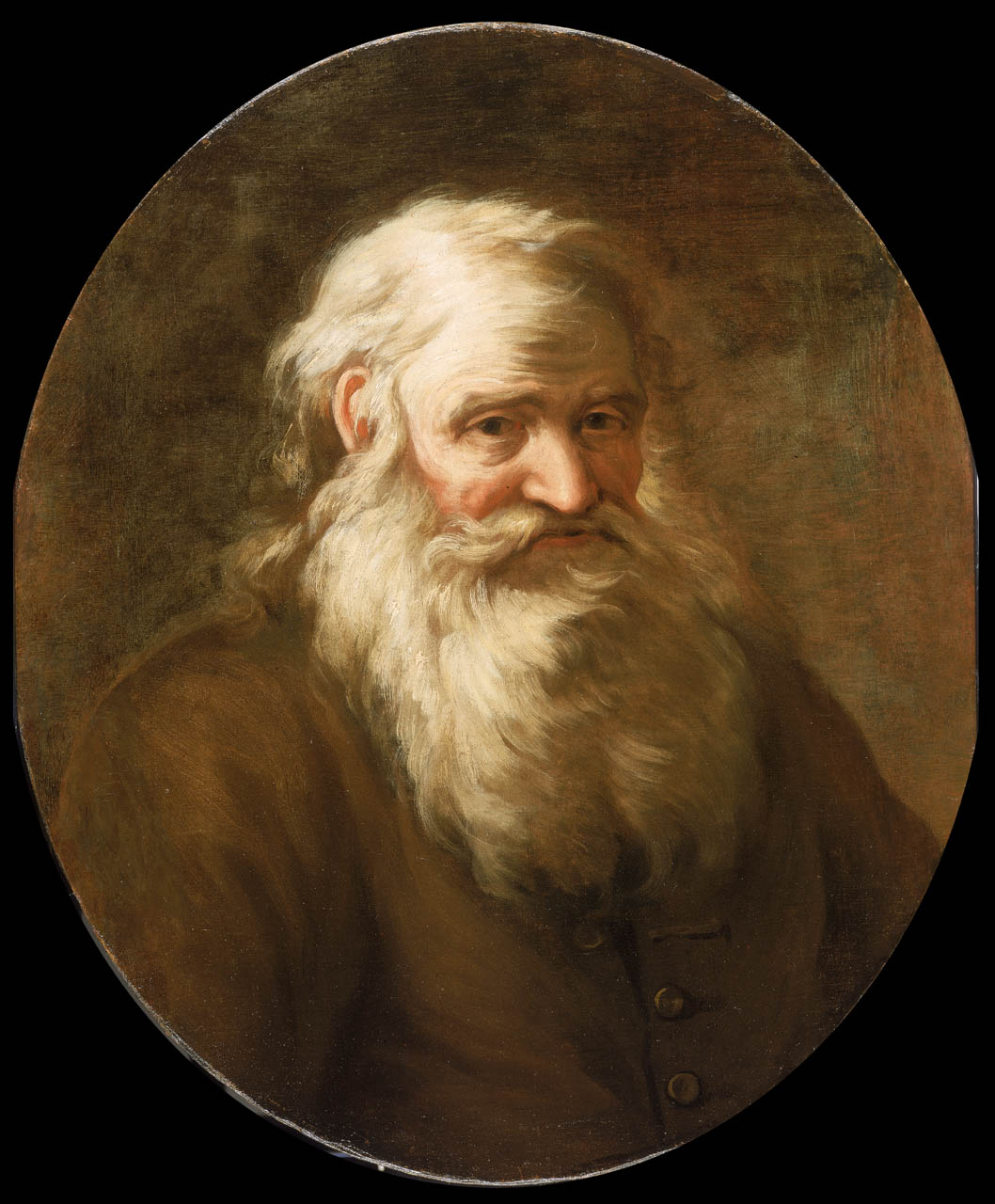 A head-and-shoulders portrait to right, in a natural-coloured coat and with a long white beard. This portrait was originally on a narrow oblong canvas but it is now in an oval with small additions on each side.

Worley was one of the first pensioners to be admitted to Royal Hospital for Seamen at Greenwich when its King Charles Court began receiving them in 1705. He had been at sea for seventy years, apparently once in the coal trade but later in the Navy, and was twice mentioned in the early records of the Hospital as being punished for drunkenness and disruptive behaviour. The painting shows him mid-80s (he died at 96), posed as the model for the figure of 'Winter' in the ceiling of the Painted Hall at Greenwich, which Thornhill commenced painting in 1708. See PAH3343 for a related ink and wash study, on which the inscription is the basis of the traditonal 1720 date for both that and this painting. If, however, they are preliminary studies for the main Painted Hall ceiling - as seems most likely - they are probably earlier, about 1708-10, since Thornhill finished that in 1712.

The artist regarded the depiction of Time as an important element in his scheme and he included the seasons, months and days of the week, positioning 'Winter', or 'Hyems' in the Zodiac framework of the ceiling. Thornhill's own explanation of the painting states that 'In the circumference of the oval are twelve signs of the Zodiac with their proper attitudes over which preside the four seasons of the year. Spring or Flora, over Aries, Taurus, Gemini; Summer or Ceres, over Cancer, Leo, Virgo; Autumn or Bacchus over Libra, Scorpio, Sagittarius; Hyems or Winter over Capricornus, Aquarius, Pisces'.

Thornhill was a portrait and history painter, the most successful painter of decorative interiors of the English school, and the first native British artist to be knighted (1720). Using the apotheosis of William and Mary as the central theme, his ceiling at Greenwich is regarded as one of his greatest achievements and is an important example of 18th-century English history painting, the most elevated and morally instructive genre of painting. This oil study of Worley was presented to Greenwich Hospital by Thornhill himself and is one of its earliest pictures.
Back to Search Results
Buy a print License an image
Share:
Link copied to your clipboard!