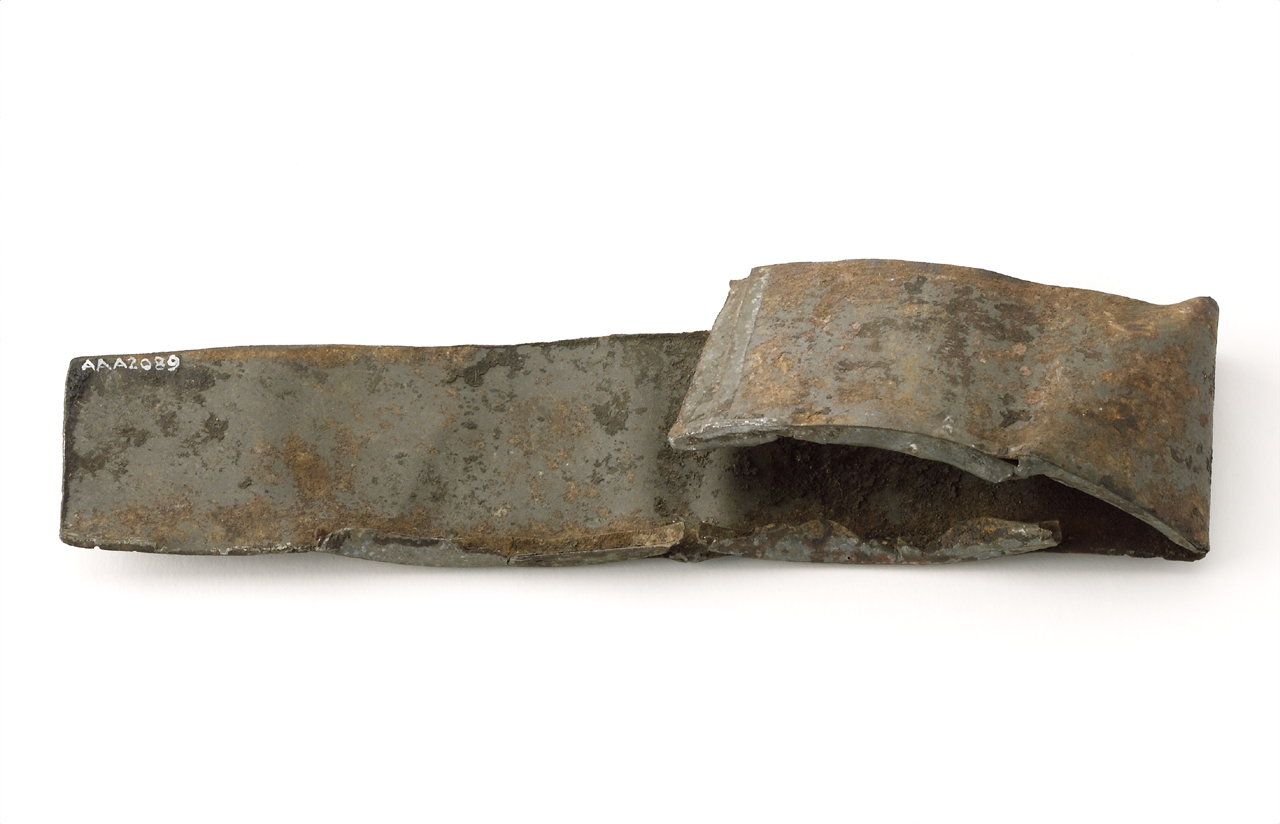 A strip of preserved meat tin

A strip of preserved meat tin from the 1845 British Northwest Passage Expedition led by Sir John Franklin. The piece is a strip of tinned iron plate, with evidence of red paint on the outer surface. One end has been folded over to almost the middle.

The piece of tin was found on the east side of Montreal Island by Carl Petersen, Interpreter, from Captain F. L. McClintock's sledge team on 15 May 1859, as part of the search expedition led by McClintock. McClintock records that the only traces or relics of Europeans found at the east side by an Inuit cairn were 'A piece of preserved meat tin, two pieces of iron hoop, some scraps of copper, and an iron hoop bolt', having been moved there by Inuit. [McClintock, Voyage of the Fox (1859), page 267].

The iron strip was displayed at the Royal Naval Museum, Greenwich, Case 2, No. 39. 'Pieces of iron and copper sheet'. The item is also shown in - 'Stereoscopic slides of the relics of Sir John Franklin's Expedition' photographed by Lieutenant Cheyne RN, at the United Services Museum, Whitehall, No. 3 (right, one below middle).
Back to Search Results
Buy a print License an image
Share:
Link copied to your clipboard!