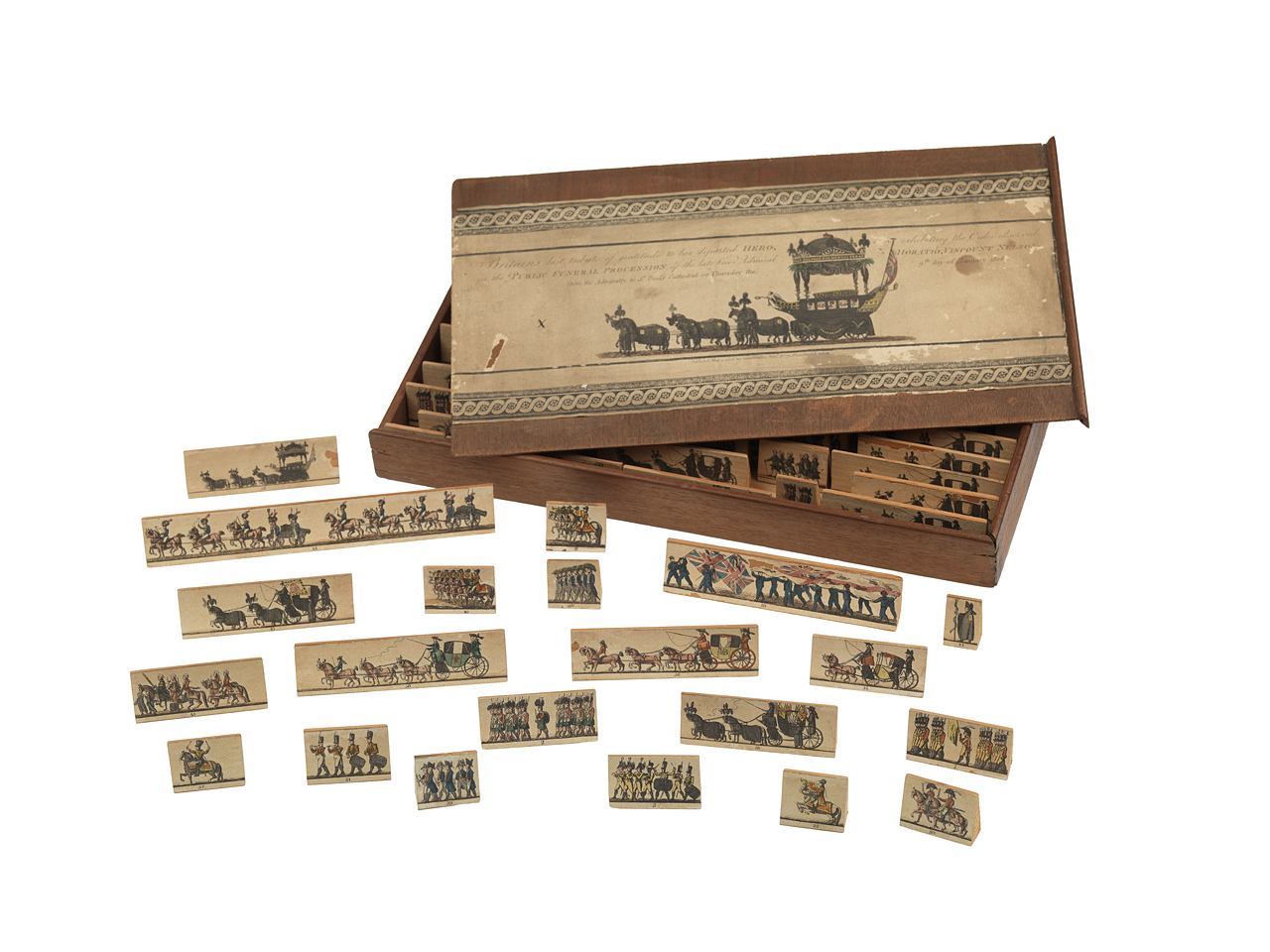 A set of 57 wooden play blocks depicting Nelson's funeral procession, 9 January 1806: in a wooden box with a sliding lid. A striped silk ribbon is associated with the box. Each block is wedge shaped and stands on its shortest side, a section of a print showing a part of the procession is glued to its widest face. Based on a print on paper by John Wallis published in March 1806, see PAG6714. The title of the print is glued to the lid, inscribed as follows: 'Britain's last tribute of gratitude to her departed HERO exhibiting the Order observed in the PUBLIC FUNERAL PROCESSION of the late Viscount Admiral HORATIO, VISCOUNT NELSON from the Admiralty to St. Paul's Cathedral on Thursday the 9th day of January 1806.
At least one block is a replacement (37) and one is missing (20). There were originally 58 blocks.
Back to Search Results
Buy a print License an image
Share:
Link copied to your clipboard!