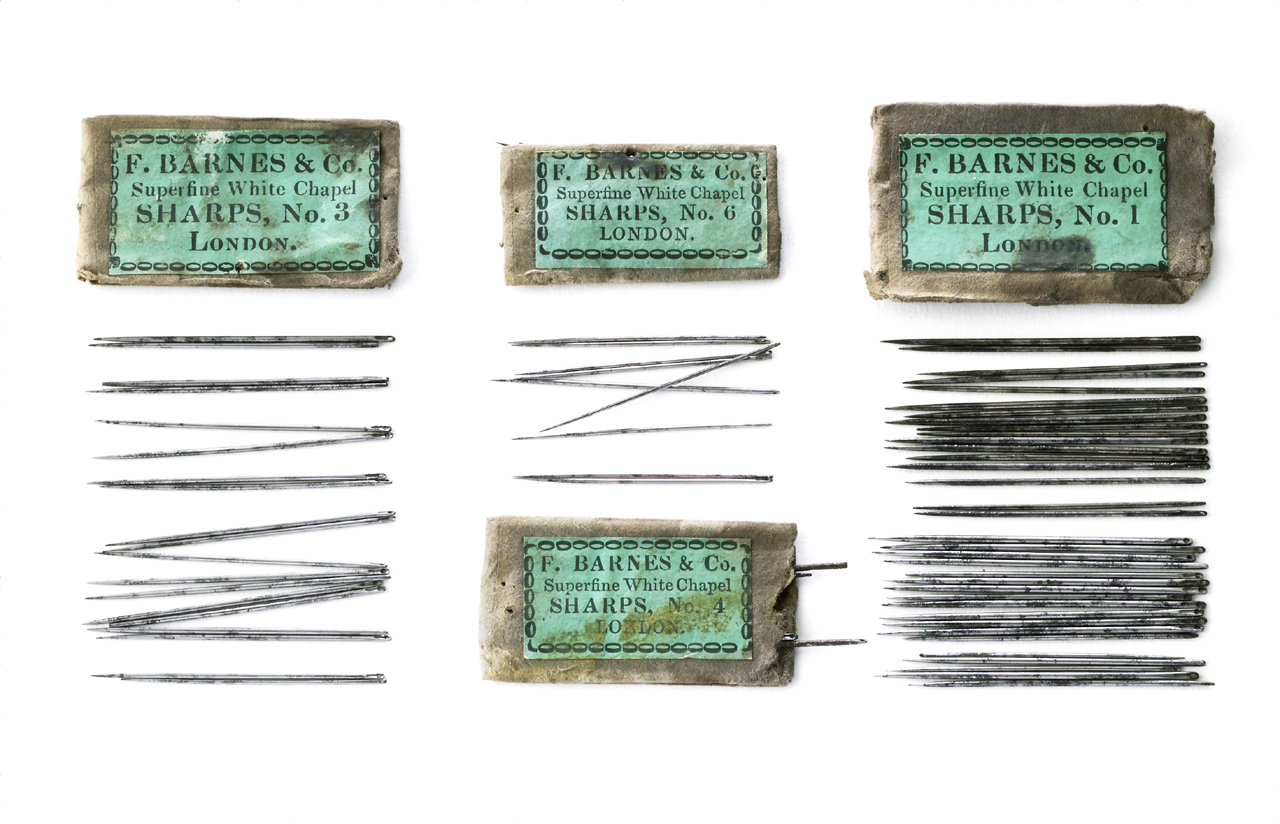 Packet of 'Sharps No. 6' needles

A packet of needles from the 1845 British Northwest Passage Expedition led by Sir John Franklin. The needles are in a brown paper packet with a green printed label 'F. BARNES & Co. Superfine White Chapel SHARPS, No. 6 LONDON'.

The packet of needles was found by Lieutenant William R. Hobson's sledge team on 3 May 1859 in the smallest tent, possibly the officers' tent, at an abandoned camp site at Cape Felix, King William Island, as part of the search expedition led by Captain F. L. McClintock. Hobson mentioned it in his report: '...a parcel containing seven or eight packages of needles.' [Stenton, 'Arctic' v.69, No. 4, p. 515]. McClintock recorded it as '...six or eight packets of needles...' [McClintock, 'Voyage of the Fox' (1860), p.368]. The camp site was occupied by about twelve officers and men from the Franklin expedition during the summer of 1847, living in three small tents. They were probably engaged in surveying, scientific work or hunting while the expeditions ships remained trapped in the ice. The site was apparently abandoned in a hurry - Hobson found the tents flattened with blankets and bear skins underneath. He concluded that, as the party had left behind so much of their equipment, they had probably gone back to the ships.

The needles were displayed at the Royal Naval Museum, Greenwich, Case 2, No. 96 'Packets of needles'.The item is also shown in 'Stereoscopic slides of the relics of Sir John Franklin's Expedition' photographed by Lieutenant Cheyne RN, at the United Services Museum, Whitehall, No. 11 (below the 2-ft rule).
Back to Search Results
Buy a print License an image
Share:
Link copied to your clipboard!