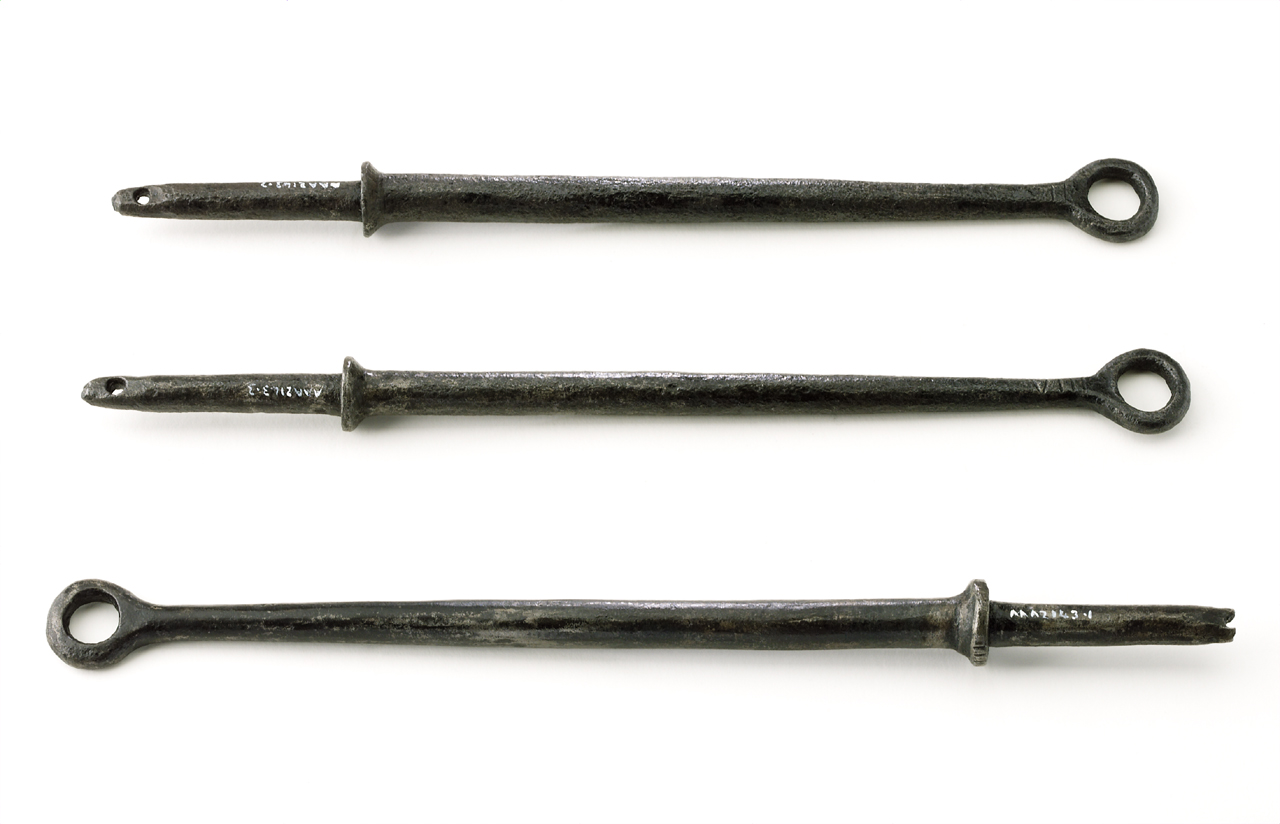 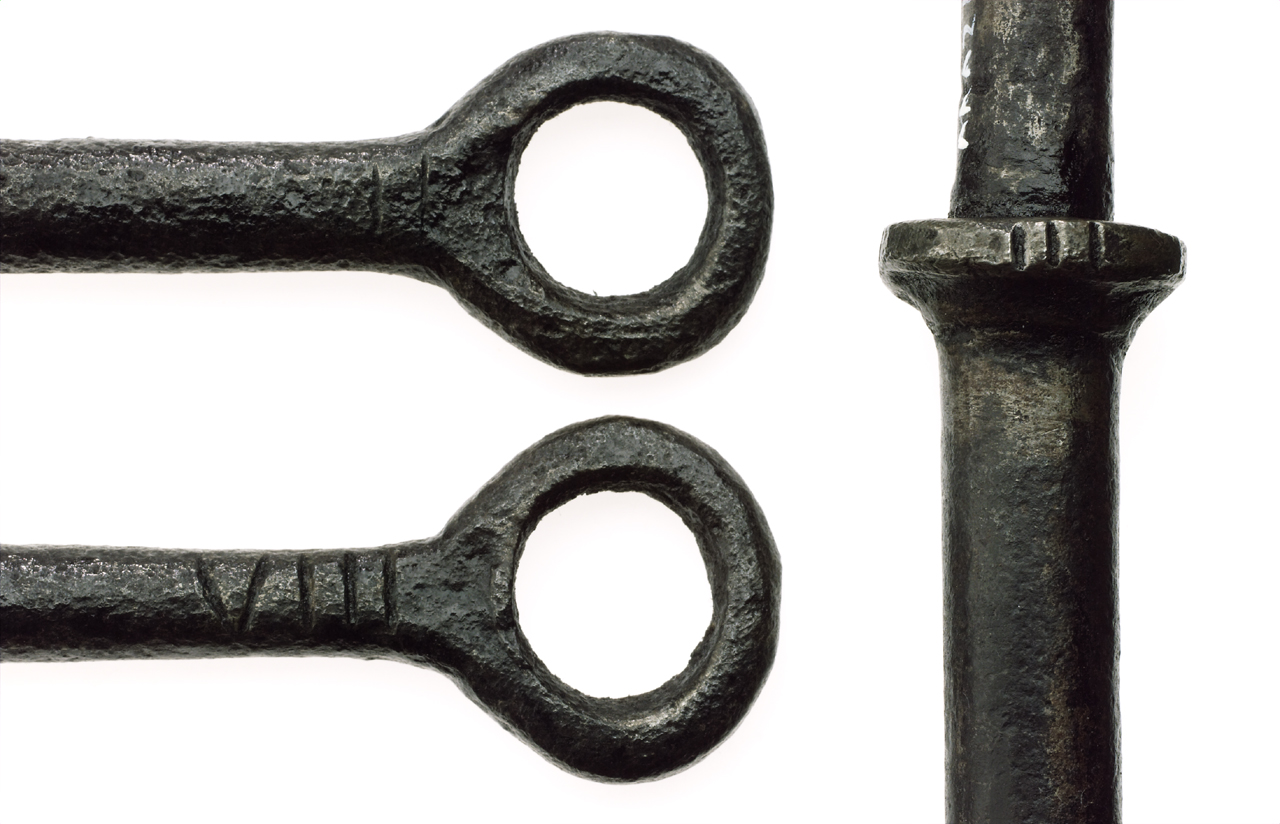 Three iron boat stanchions from the 1845 British Northwest Passage Expedition led by Sir John Franklin. Two of the stancheons are marked with roman numerals 'VIII' (AAA2143.3) and 'II' (AAA2143.2). All three are thin rods with an eye at the top for rope to be threaded through, and a flange near the bottom where the stanchion goes through the gunwale.

The three stanchions were found by Lieutenant William R. Hobson's sledge team on 24 May 1859 at a place where a ship's boat was discovered on the coast of Erebus Bay, King William Island, as part of the search expedition led by Captain F. L. McClintock. Hobson described finding 'a number of small iron stanchions belonging to the boat' [Stenton, 'Arctic' v.69, No. 4, p. 518]. McClintock visited the site on 30 May and records 'She was fitted with a weather-cloth 9 inches high, battened down all round the gunwale, and supported by 24 iron stancheons, so placed as to serve likewise for rowing thowells'. [McClintock, Voyage of the Fox (1859), page 291].

The stanchions were presented by Miss Sophia Cracroft in 1892 and displayed at the Royal Naval Museum, Greenwich, in Case 2, No. 42 and 67. 'Stanchions for supporting the weather cloth of a large boat found on the west shore of King William Island '. Two of the stanchions are shown in 'Stereoscopic slides of the relics of Sir John Franklin's Expedition' photographed by Lieutenant Cheyne RN, at the United Services Museum, Whitehall, No. 7 (centre bottom and bottom right).
Back to Search Results
Buy a print License an image
Share:
Link copied to your clipboard!