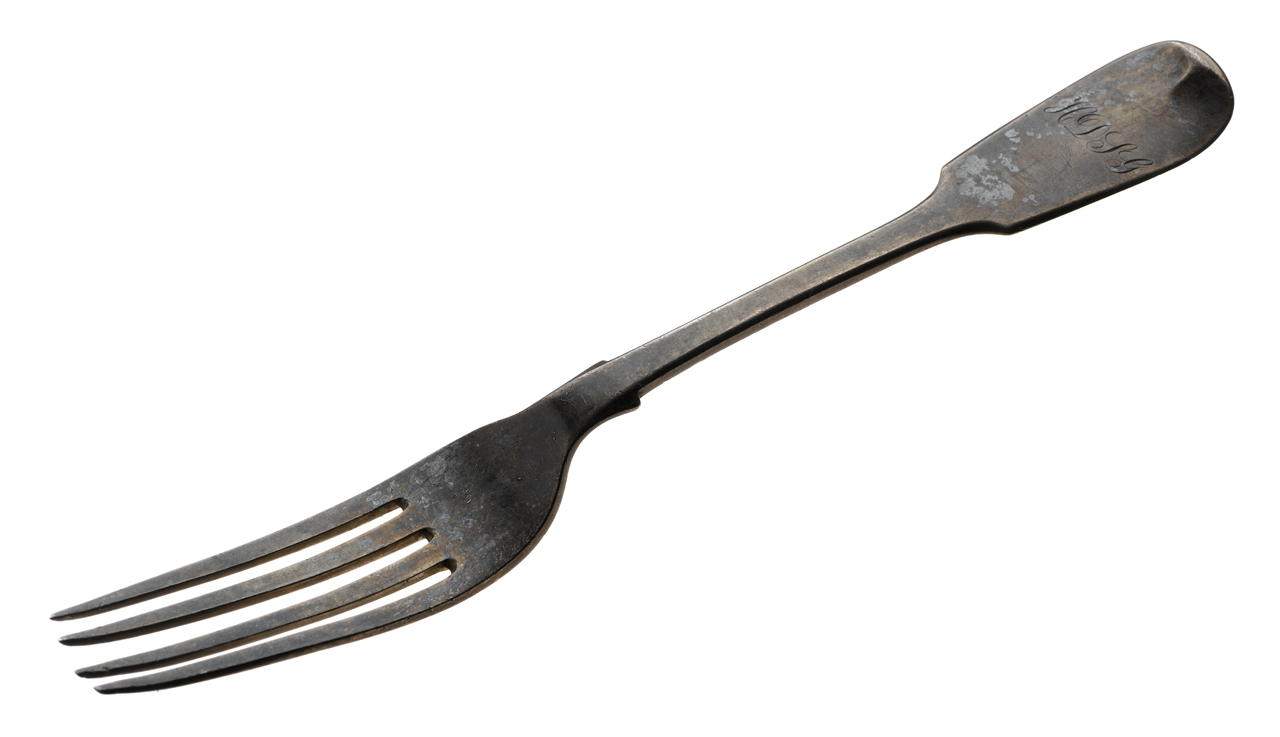 A relic of Sir John Franklin's last expedition 1845-48. Silver fiddle pattern table fork, engraved on the front of the handle with owners initials 'HDSG' (H. D. S. Goodsir, Assistant Surgeon, HMS 'Erebus'). It was obtained from the Inuit at Repulse Bay in 1854 by the Rae Expedition. The Inuit said they had found the material at a camp to the north west of the mouth of the Back River where a party of Europeans had died of starvation.

The fork has Edinburgh hallmarks for 1843-44 and the maker’s initials ‘W.M.’ possibly William Marshall. It was presented to Greenwich Hospital by the Lords Commissioners of the Admiralty, 2 December 1854.

Goodsir came from a medical family resident in Anstruther and studied medicine in Edinburgh. After a period in practice with his father Dr. John Goodsir, he moved back to Edinburgh and succeeded his brother as Conservator of the Museum of the Royal College of Surgeons. He published original research in zoology and pathology. He volunteered for Franklin's 1845 expedition and was appointed Acting Assistant Surgeon on 'Erebus' but his real duty was in fact that of expedition naturalist. He perished with the remainder of Franklin's crews.
Back to Search Results
Buy a print License an image
Share:
Link copied to your clipboard!