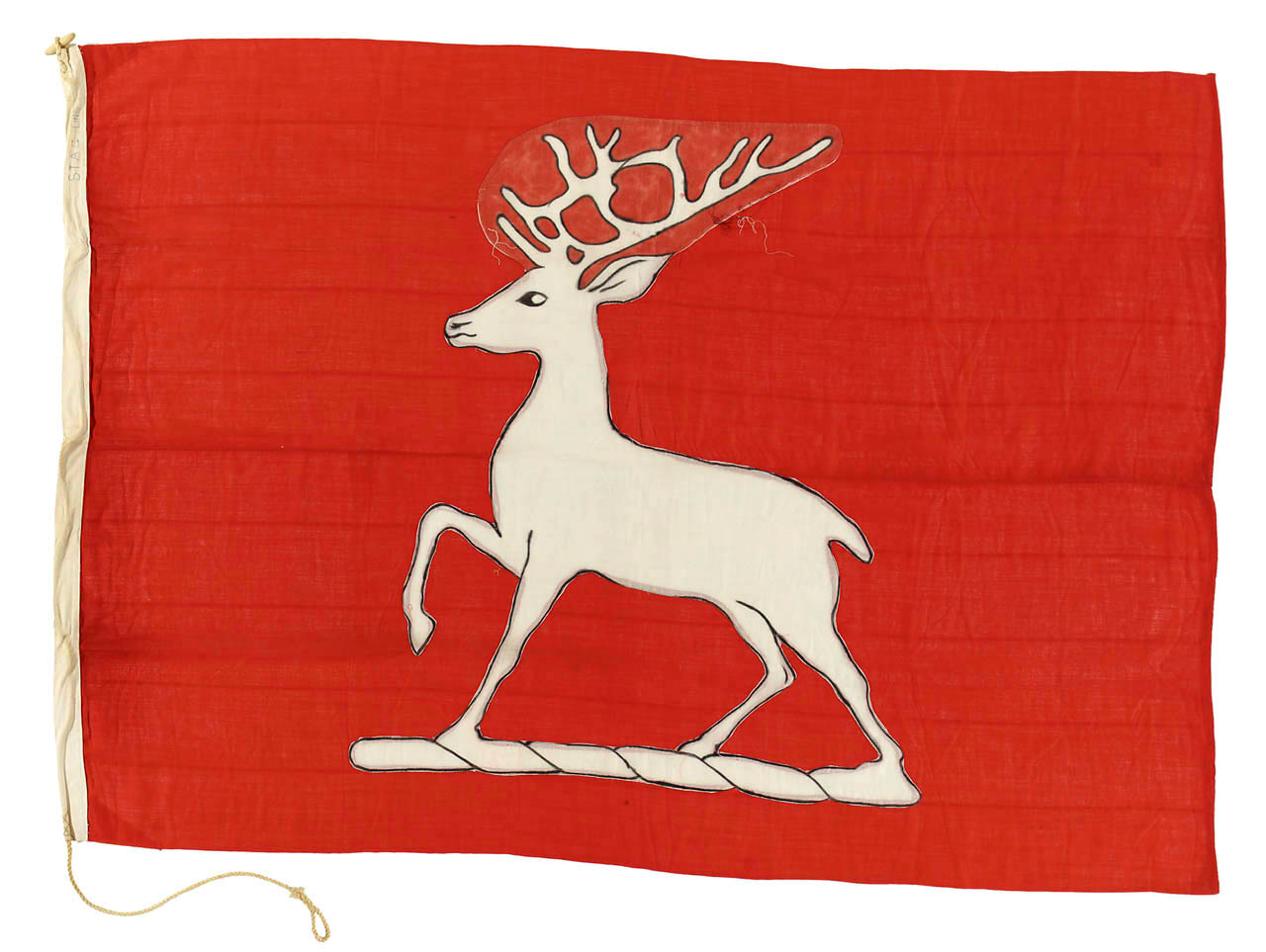 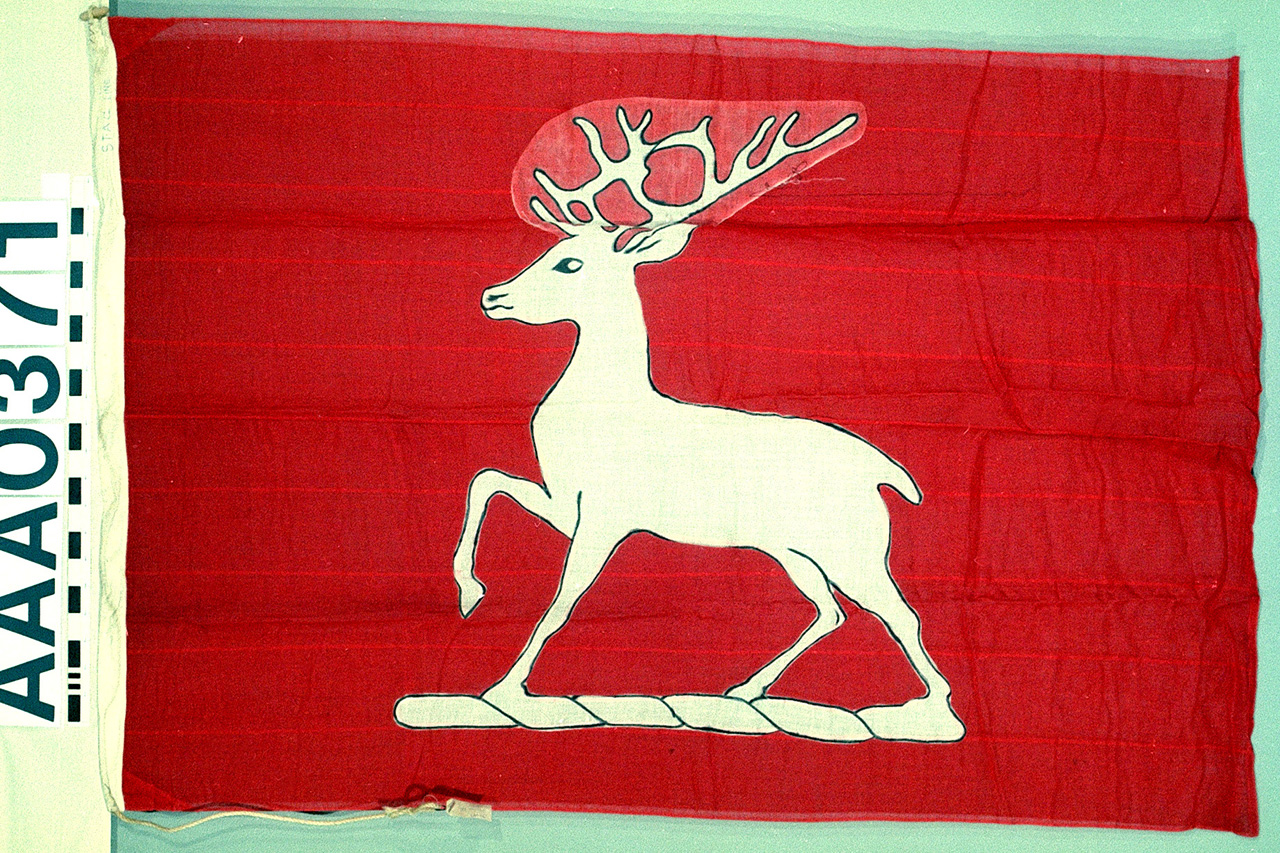 (Updated, January 2020) The house flag of Stag Line Ltd, North Shields. A red rectangular flag with the crest of a white stag. The flag is made of a wool and synthetic fibre bunting. It has a cotton hoist and is machine sewn with the motif printed. A rope and toggle is attached. The design dates from 1846 when the company purchased its first vessel, a wooden snow named 'Stag'.

The company was named after its first vessel 'Stag', purchased in 1846 by Captain Joseph Robinson, who may have adopted the 'stag trippant' emblem from an earlier North Yorkshire Robinson family, though there is no evidence he had a right to it by relationship. He shortly afterwards formed a management company, Joseph Robinson & Co. The company ran small wooden barques, buying their first steam tramp in 1875 and going over entirely to steam by 1879. From 'Camelia' of 1858 onwards, the company tended to favour flower names for its vessels.

A limited company was formed in 1895 but the firm remained in Robinson's hands and was based in North Shields. In 1918, after the First World War,by which time it only had two ships left, the company reformed itself into a separate new one called Stag Line Ltd. After some other losses in 1939-45 this continued to trade worldwide, particularly to Canada. It was also involved in cable laying in New Zealand and the West Indies until taken over by Hunting Gibson Ltd in 1981. The remaining coasters were sold by 1983 and the joint management company went to James Fisher & Sons of Barrow in 1982.
Back to Search Results
Buy a print License an image
Share:
Link copied to your clipboard!