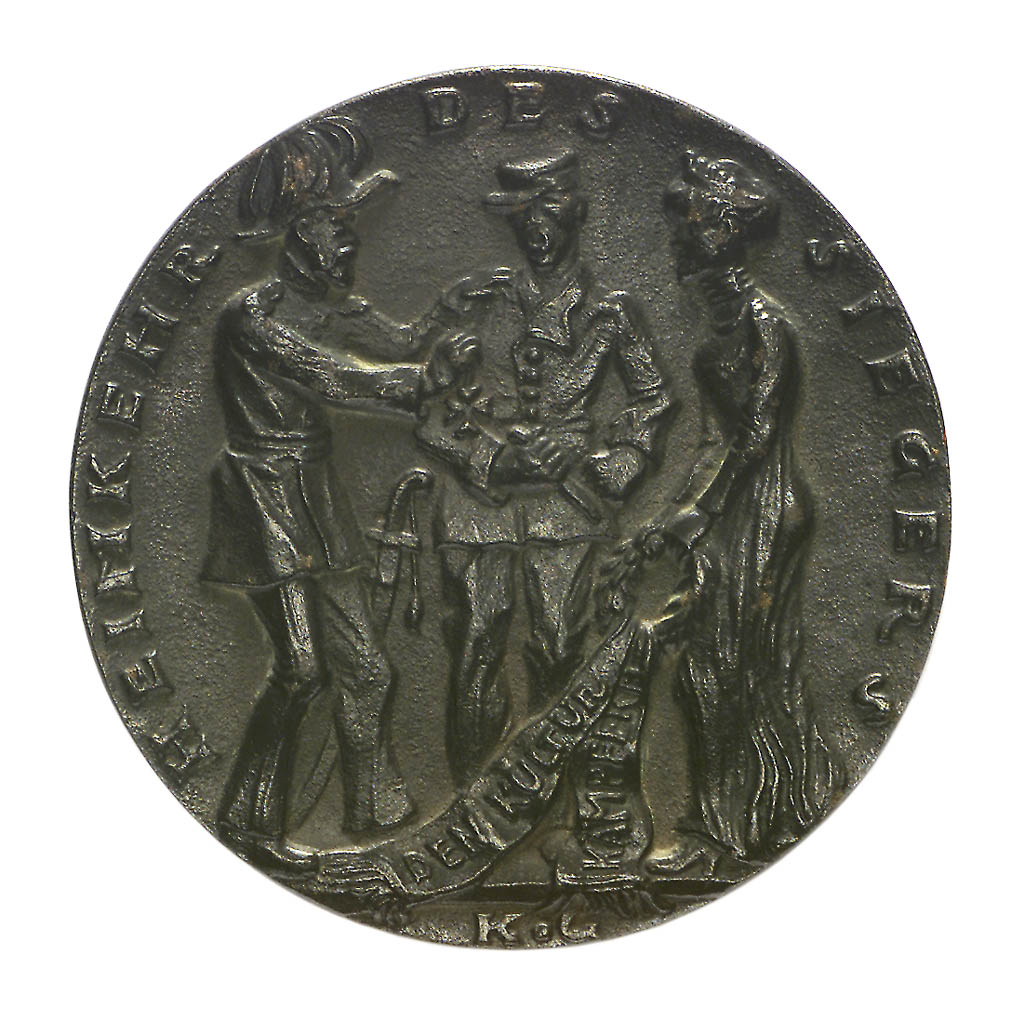 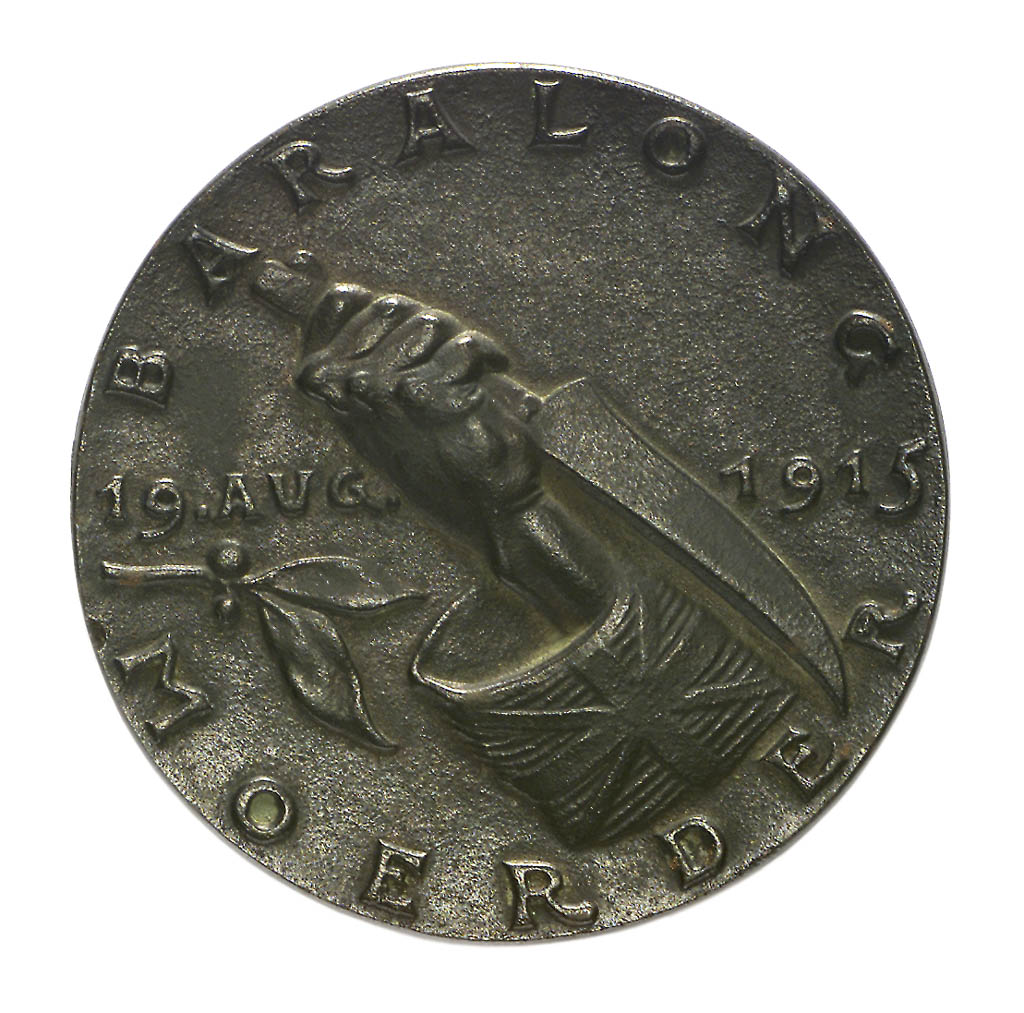 Medal commemorating the sinking of 'U.27' by Q-ship 'Baralong', 1915. Obverse: A bearded figure in a plumed hat (left), pins a decoration on a sailor holding a knife (centre) and a female figure (right) wearing a tiara, holds a wreath with an inscribed ribbon 'DENKULTUR KAMPFERN.' (the champions of culture.)They represent King George V and Queen Mary. Legend: 'HEIMKEHR DES SIEGERS.' (Return of the Conquerors.) Reverse: A hand emerging from a cuff with Union Jack upon it holding a dagger, a spray of laurel (left). Legend: 'BARALONG MOERDER.' (Baralong Murder.) Inscription: '19 . AUG 1915.' 'U.27' sunk by Q-ship 'Baralong'. The survivors of the U-boat were killed by the British, six on board the freighter 'Nicosian', as 'Baralong's' commander feared that the German's would carry out their intention of scuttling the merchantman.
Back to Search Results
Buy a print License an image
Share:
Link copied to your clipboard!