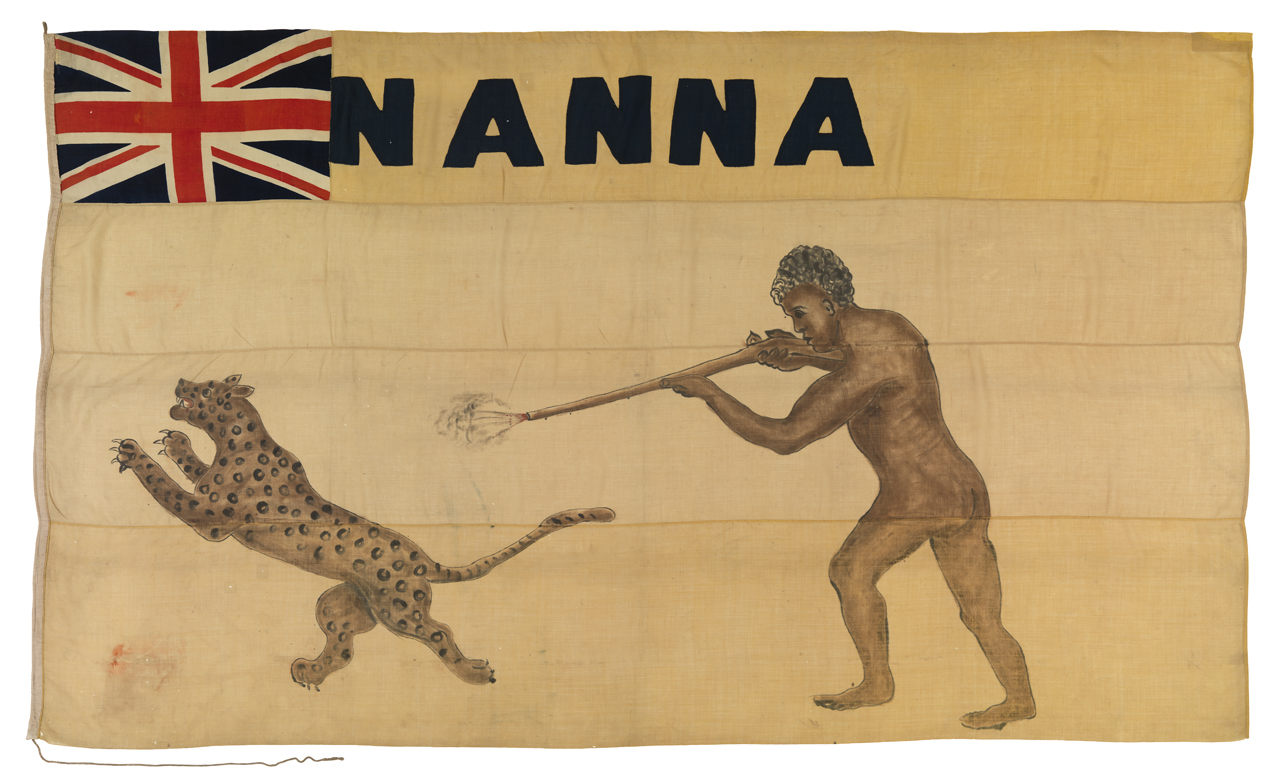 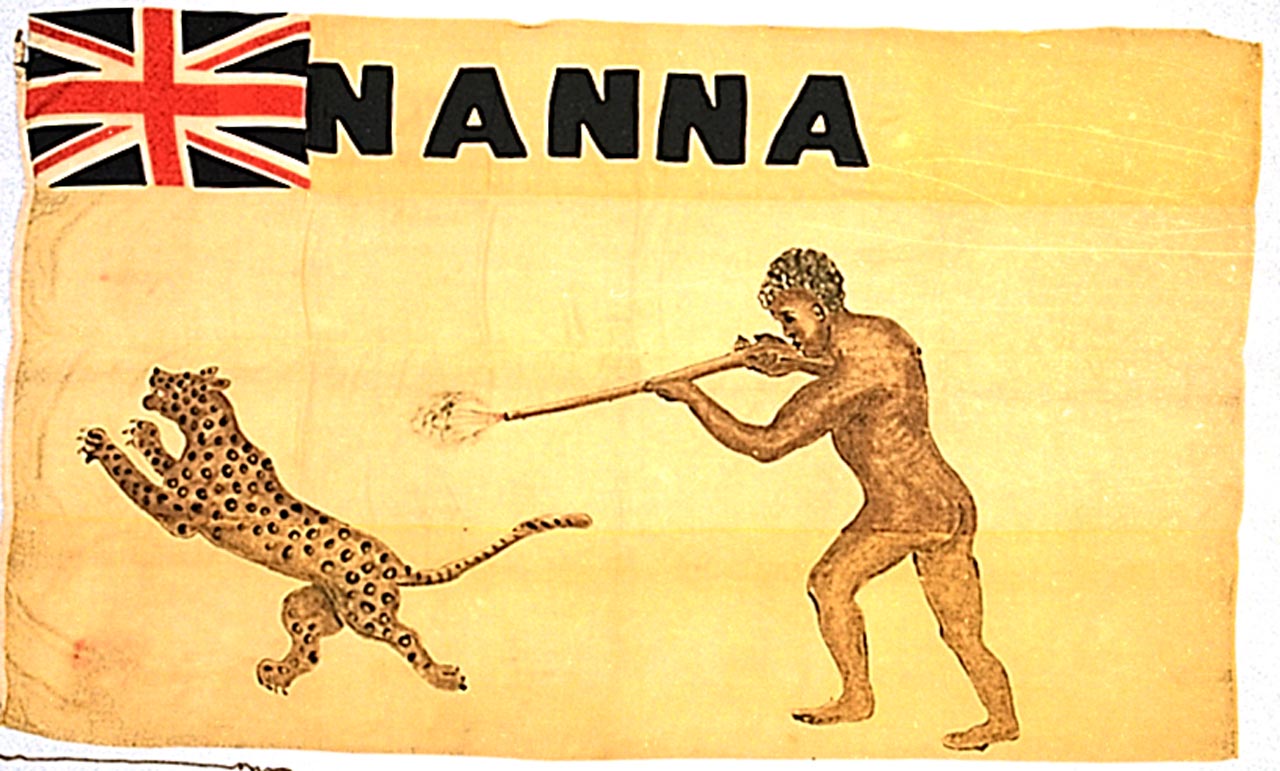 The personal flag of Itsekiri chief Nana Olomu (1852-1916). The background of the design is yellow, with a printed Union Flag inserted (upside down) in the canton. Near the top edge is the name 'NANNA' in dark blue letters, below, the flag is painted with a naked man shooting a leopard. The flag is made of wool bunting, the applied lettering is hand sewn while the seams of the flag are machine sewn. It has a linen hoist containing a rope. The flag was captured during the expedition of 1894.

The title of 'Governor of Benin River' was given to Nana Olomu by the British in 1884. He exerted immense political power through a network of armed traders in palm oil working along the upper reaches of the river and he built a town in the mangrove swamps defended by flintlock guns and brass cannon. Partly through the machinations of a rival chief - Dogho, relations deteriorated with the acting Consul-General Ralph Moor In 1894. Following an attack on HMS Alecto's cutter which was inspecting Nana's fortifications, a British naval expedition captured Nanna's town of Ebrohimi. He fled to Lagos Colony, but was tried and exiled to the Gold Coast from 1894-1906. After his return to Nigeria he lived at the town of Koko.
Back to Search Results
Buy a print License an image
Share:
Link copied to your clipboard!