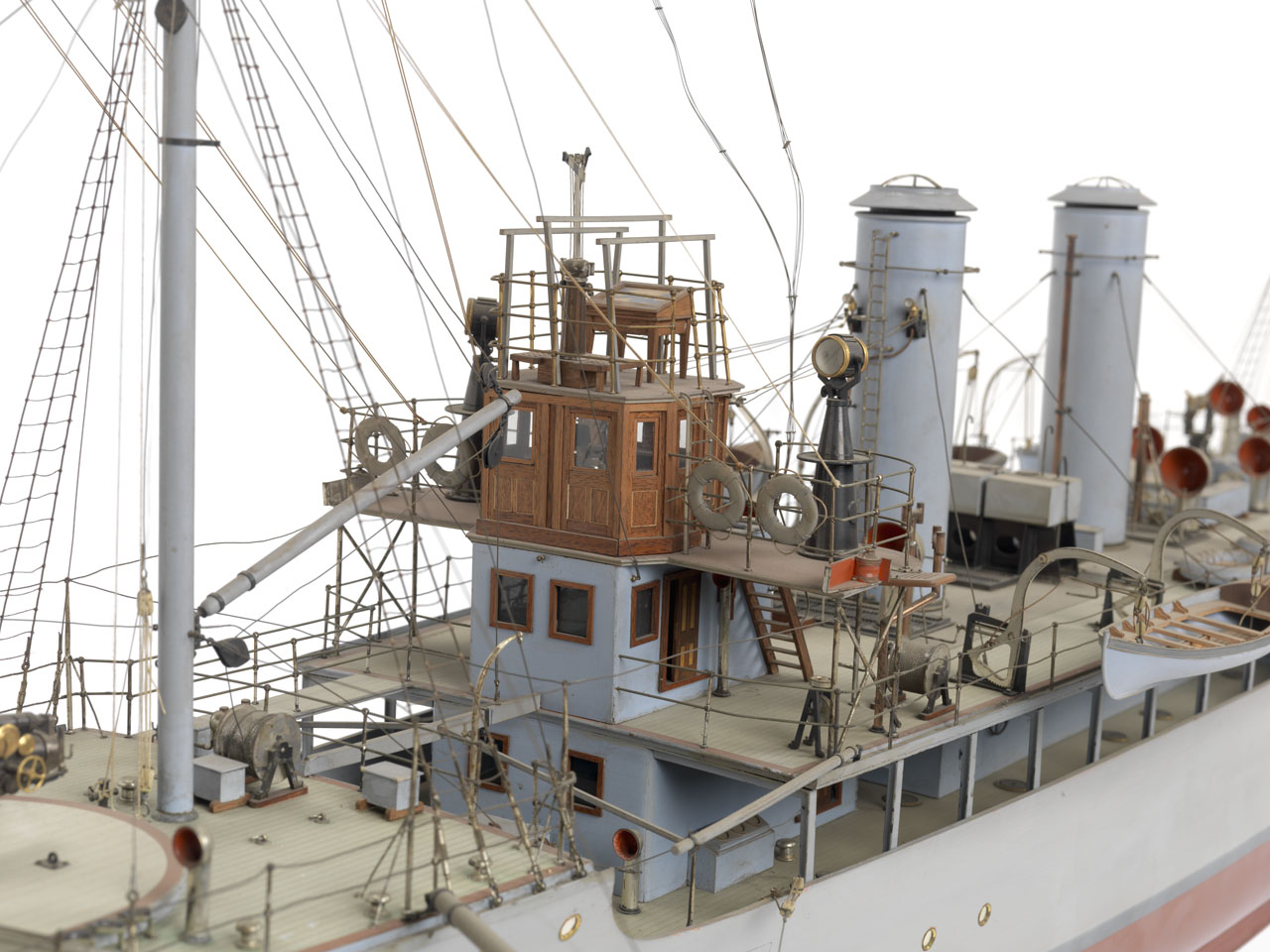 Scale: probably 1:48. A shipbuilder’s model of the highest quality and unusual in that it depicts the vessel with a torpedo net rigged off the port bow. The model warrants close inspection. The ship’s boats, models within models, are beautifully executed. What looks like a map of a dockside is displayed on the bridge chart table. A rope locker lies open on deck.

HMS ‘Snapdragon’ was a ‘Flower’-class sloop of 1250 tons, launched at Ropners Yard at Stockton-on-Tees on 21 December 1915. She was commissioned two months later with a Devonport crew for service on the Mediterranean Station where she was employed on escort duties until the end of the First World War. In 1916 she saved the crew of a British collier that had been torpedoed by an enemy submarine. While picking up the crew, two torpedoes were fired at ‘Snapdragon’ that passed only 10 and 20 metres ahead of her.

Near the end of the war it engaged a surfaced U-boat and later picked up 33 members of the crew, including First Lieutenant Karl Doenitz who was later to be Grand Admiral of the German Fleet during the Second World War. From 1919 to it being sold for breaking up in 1934, ‘Snapdragon’ was used for fleet target towing duties.
Back to Search Results
Buy a print License an image
Share:
Link copied to your clipboard!