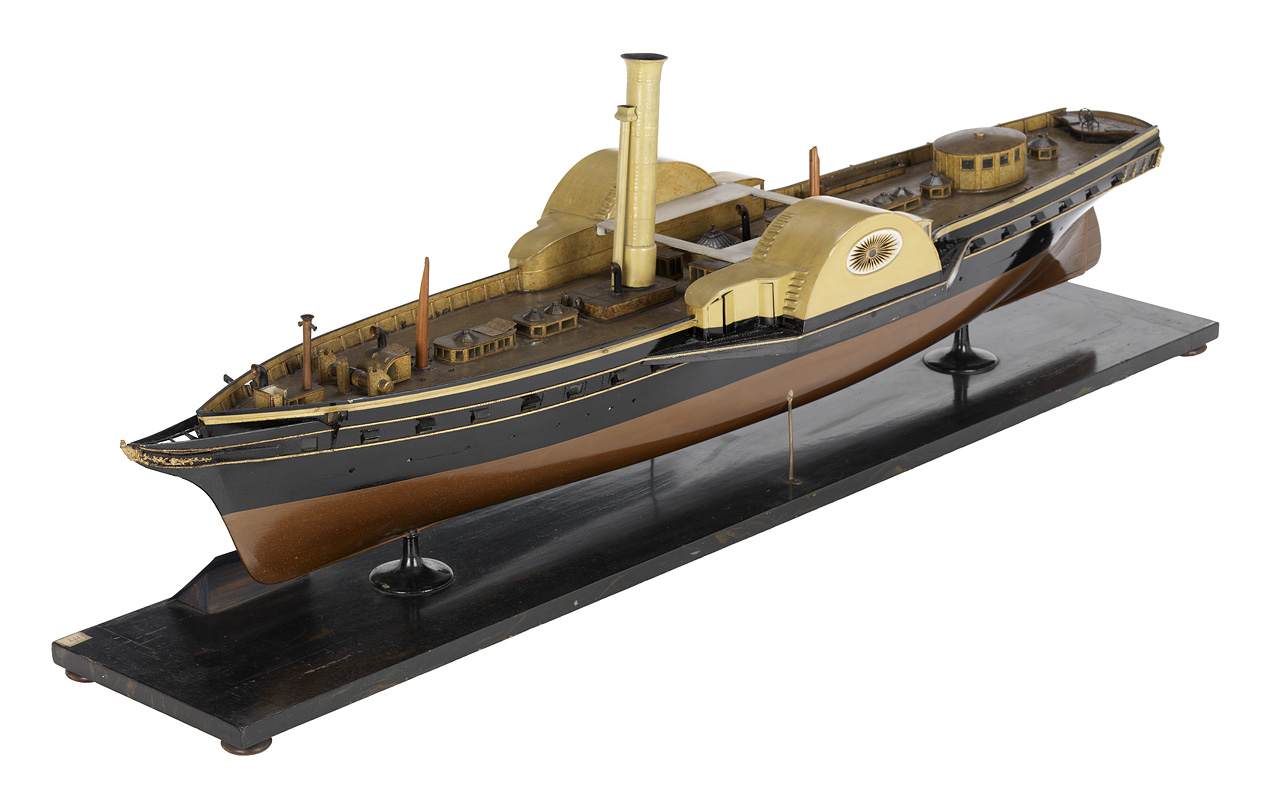 Scale 1:48. A contemporary full hull model of the royal paddle yacht ‘Victoria and Albert'. The hull is constructed in ‘bread and butter’ fashion, is decked and is fitted with a variety of equipment including windlass, ventilation cowls, skylights, deckhouses, a wheel and two stump masts. The model was constructed by David Harvey, senior modeller of the original Naval Museum at Somerset House, and was awarded at the Great Exhibition of 1851. The model is complete with an original Royal Naval Museum metal label (post 1854) which is inscribed ‘H.M Paddle yacht "Osborne", Tons 1034. Horse Power, 430. Built at Pembroke YD 1843.’ It has 'Royal Naval Museum' and the number '197' on the baseboard and is complete with a glazed wooden display case.

The ‘Victoria and Albert’ was the first British steam-propelled royal yacht. Designed by Sir William Symonds, Chief Surveyor of the Navy, it had a wooden hull and measured 200 feet in length by 33 feet in the beam with a tonnage of 1034 builder’s measurement. Launched at Pembroke dock on 26th April 1843, it was propelled by a twin set of direct-acting engines developing 430 horsepower and had a top speed of 11 ½ knots. The Queen and Prince Consort made considerable use of this yacht with over twenty voyages to ports around the UK as well as a couple of visits to the Continent. In 1854 the name was changed to 'Osborne' after Queen Victoria's country house on the Isle of Wight. The yacht remained in service until 1867 and was broken up the following year.
Back to Search Results
Buy a print License an image
Share:
Link copied to your clipboard!