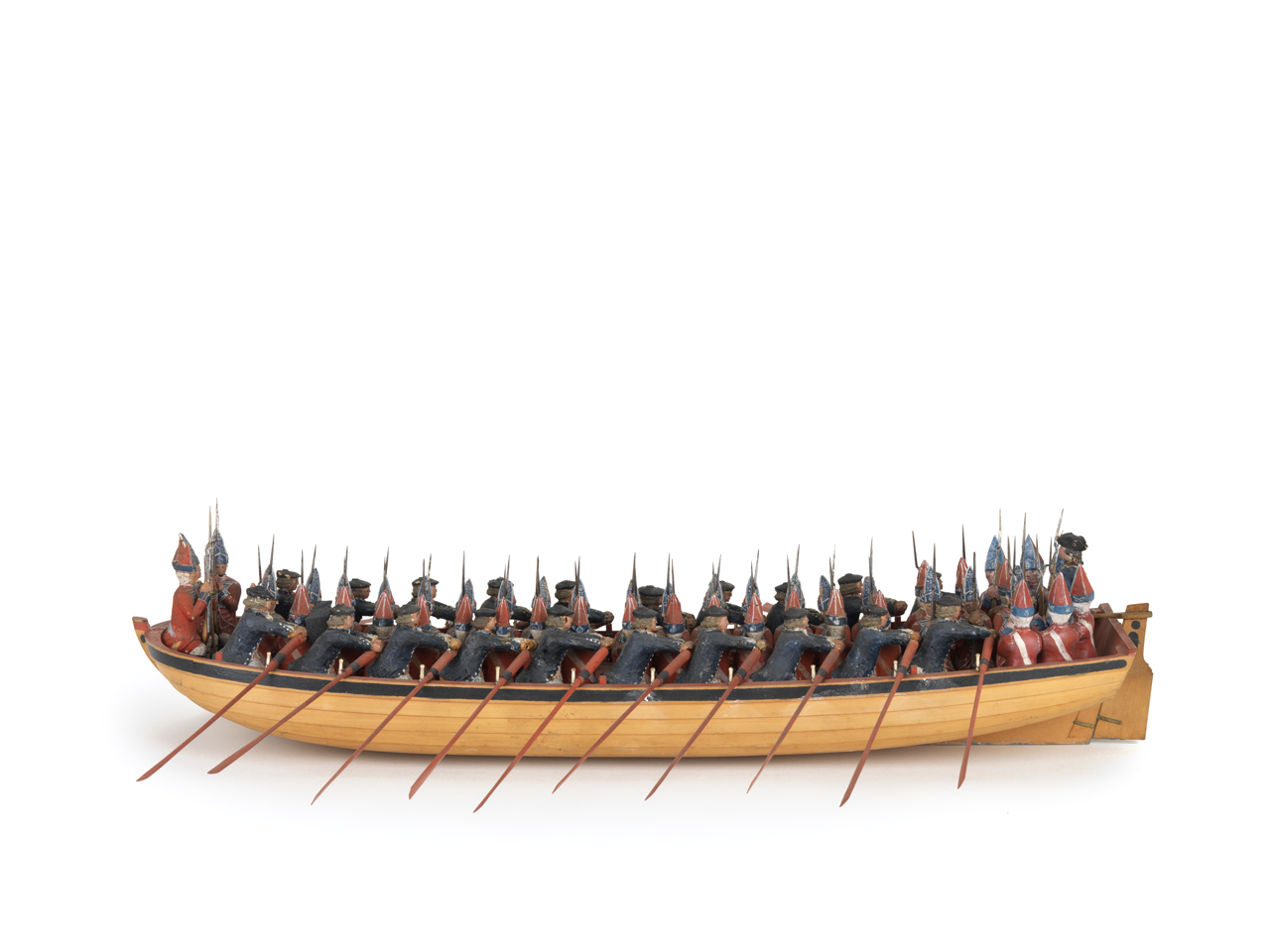 Scale: 1:24. A contemporary full hull plank on frame model of a troopboat (circa 1758), a support craft, built in the Georgian style. The model is decked and equipped. It contains 68 figures: the Marines in their red uniforms are seated, and the sailors are manning the oars. The hull has been made from boxwood throughout with individual clinker planking fastened to wooden frames. The figures have been made from a mixture of a hardened clay composition as well as wood, over which either a painted or a cloth uniform has been applied. At this scale, the model depicts of vessel measuring 32 feet in length by ten feet in the beam and approximately 12 tons burden.

These boats were designed for amphibious use and were carried aboard special transport ships. For ease of stowage, they were either built in half sections that could be bolted together at their final destination, or in the case of this model, the internal structures were removable, allowing them to be stacked or nested within each other. Their beamy hull and shallow draught allowed the landing of large numbers of troops along a coastline or river with shallow beaches. Once the boat had grounded, the troops were disembarked over the bow by means of a wooden gangplank. Large numbers of these boats were employed successfully during the mid-18th century, in particular on raids on the French coast in 1758 as well as the capture of Havana 1762 and St Lucia in 1778.
Back to Search Results
Buy a print License an image
Share:
Link copied to your clipboard!