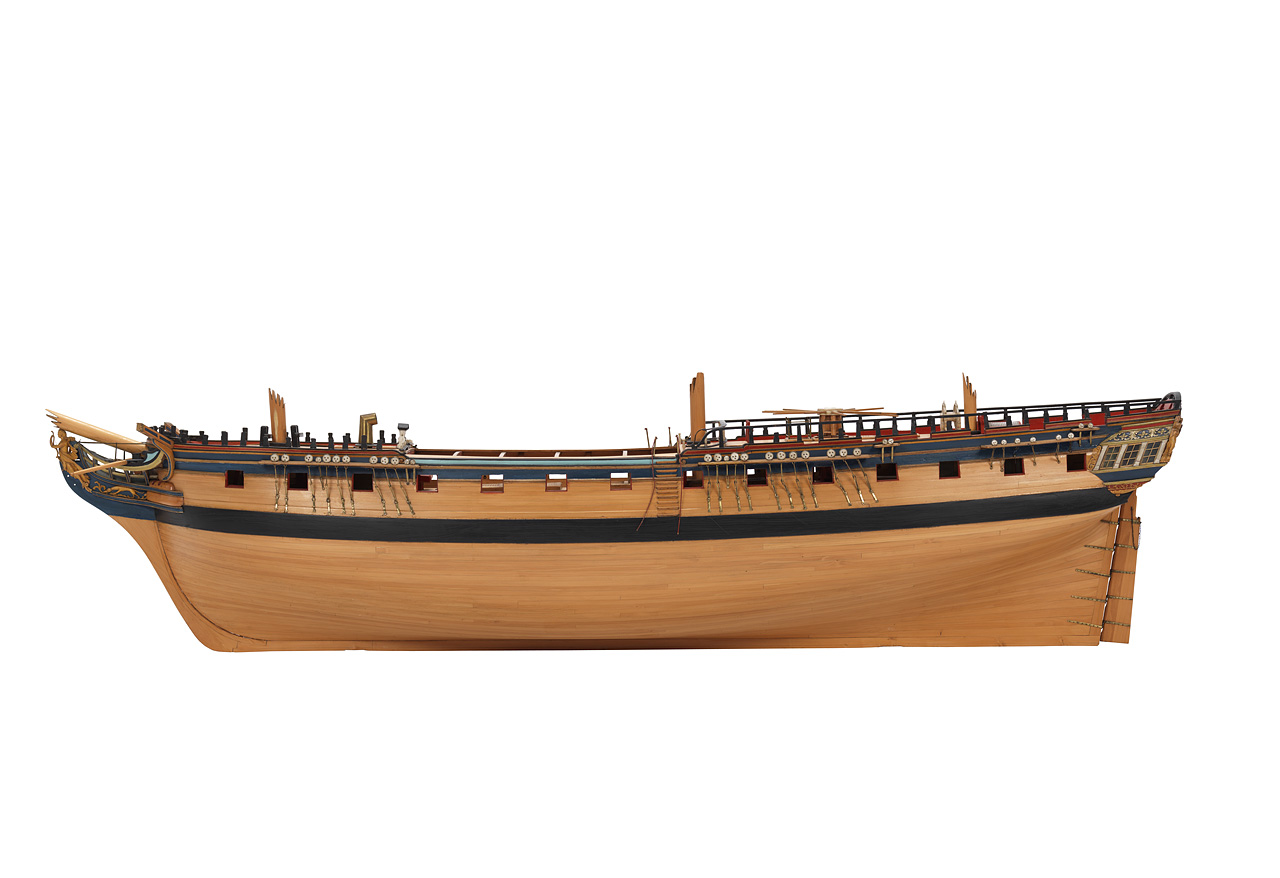 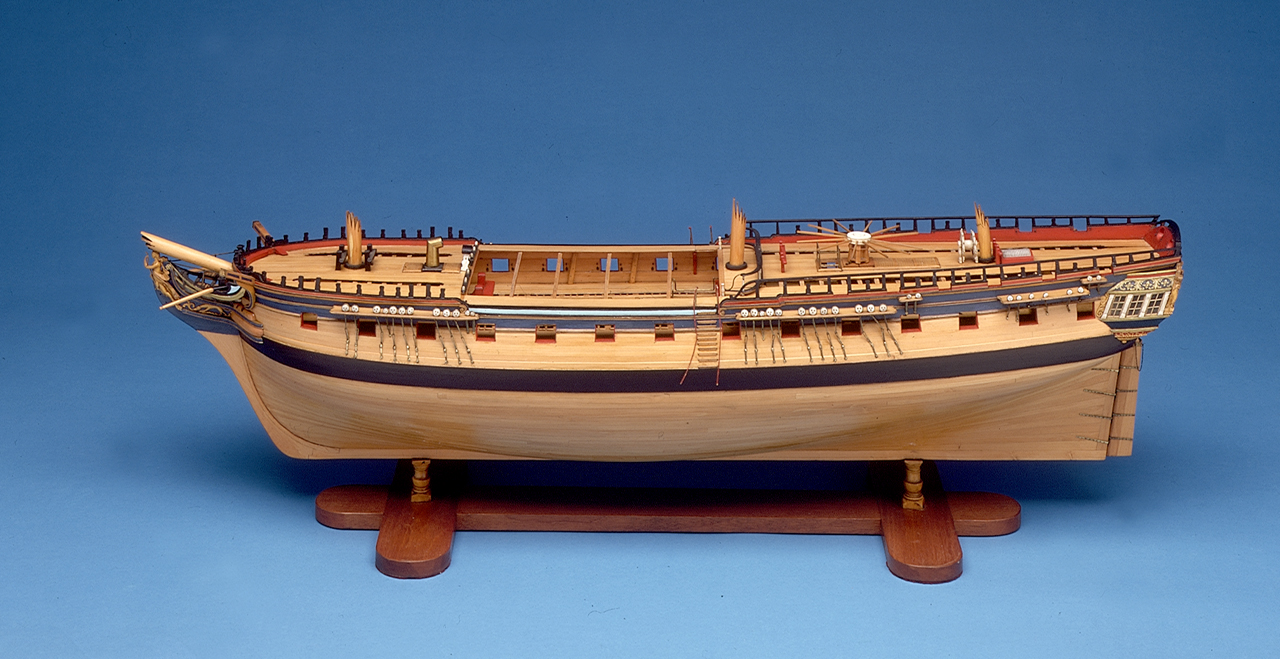 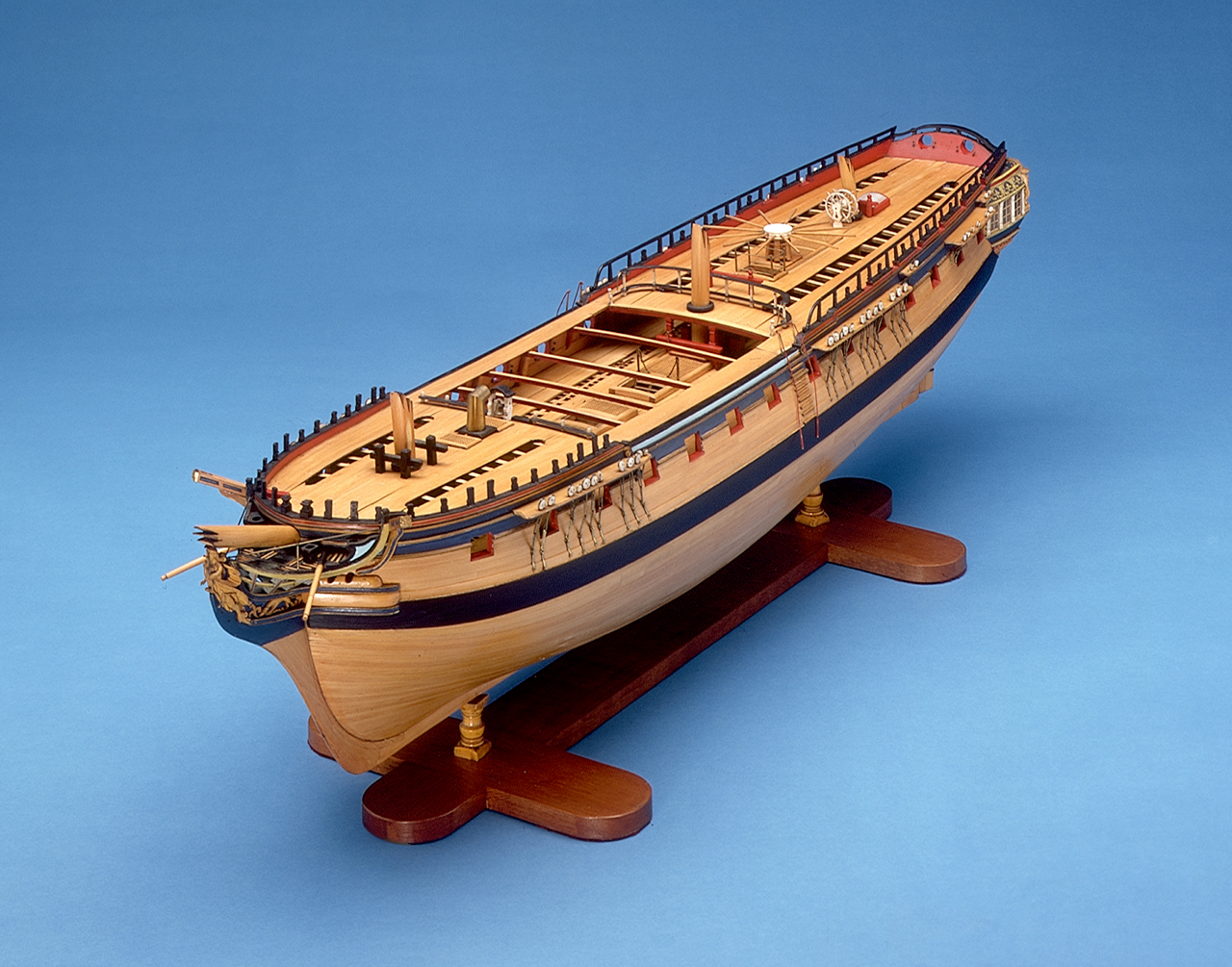 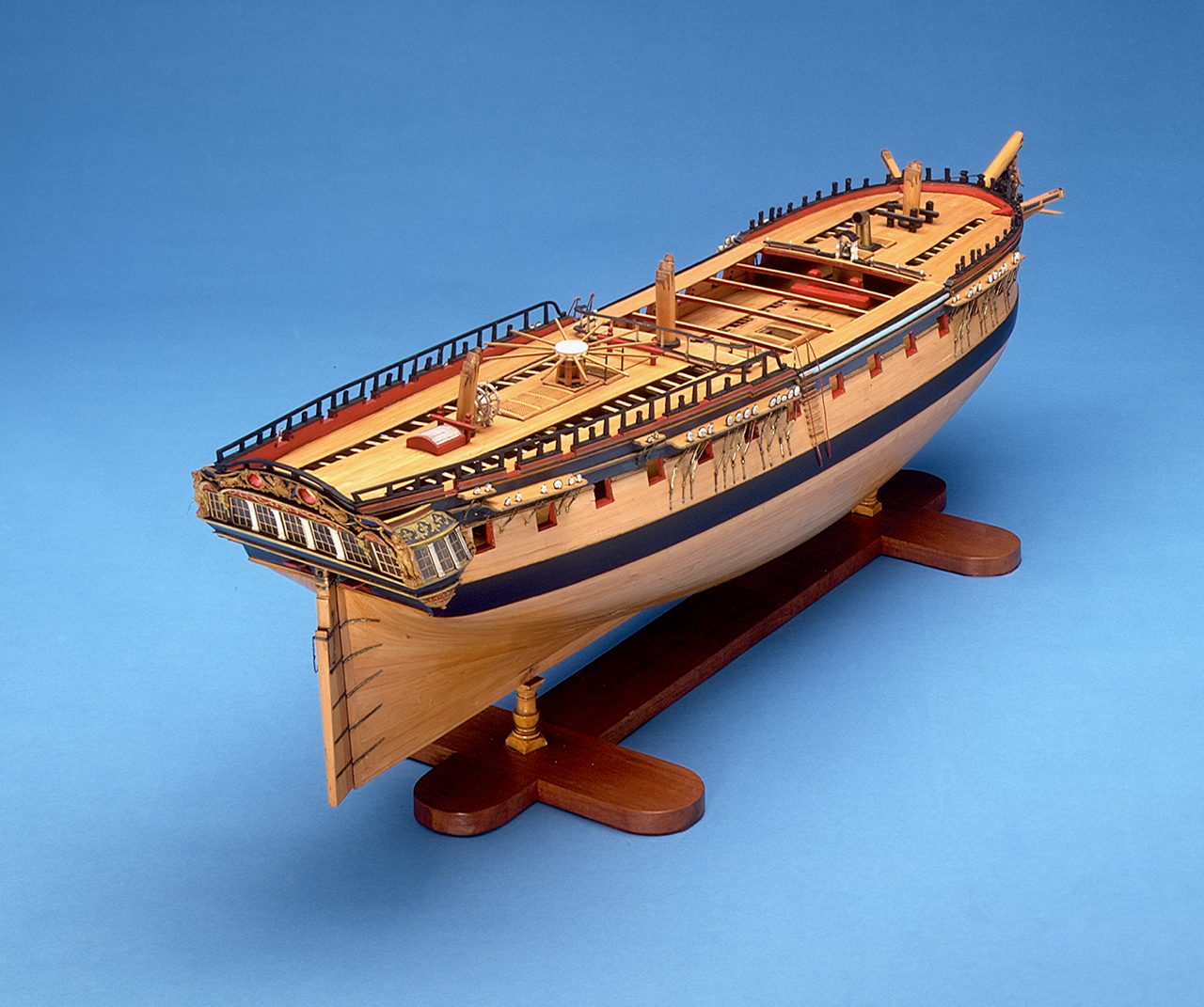 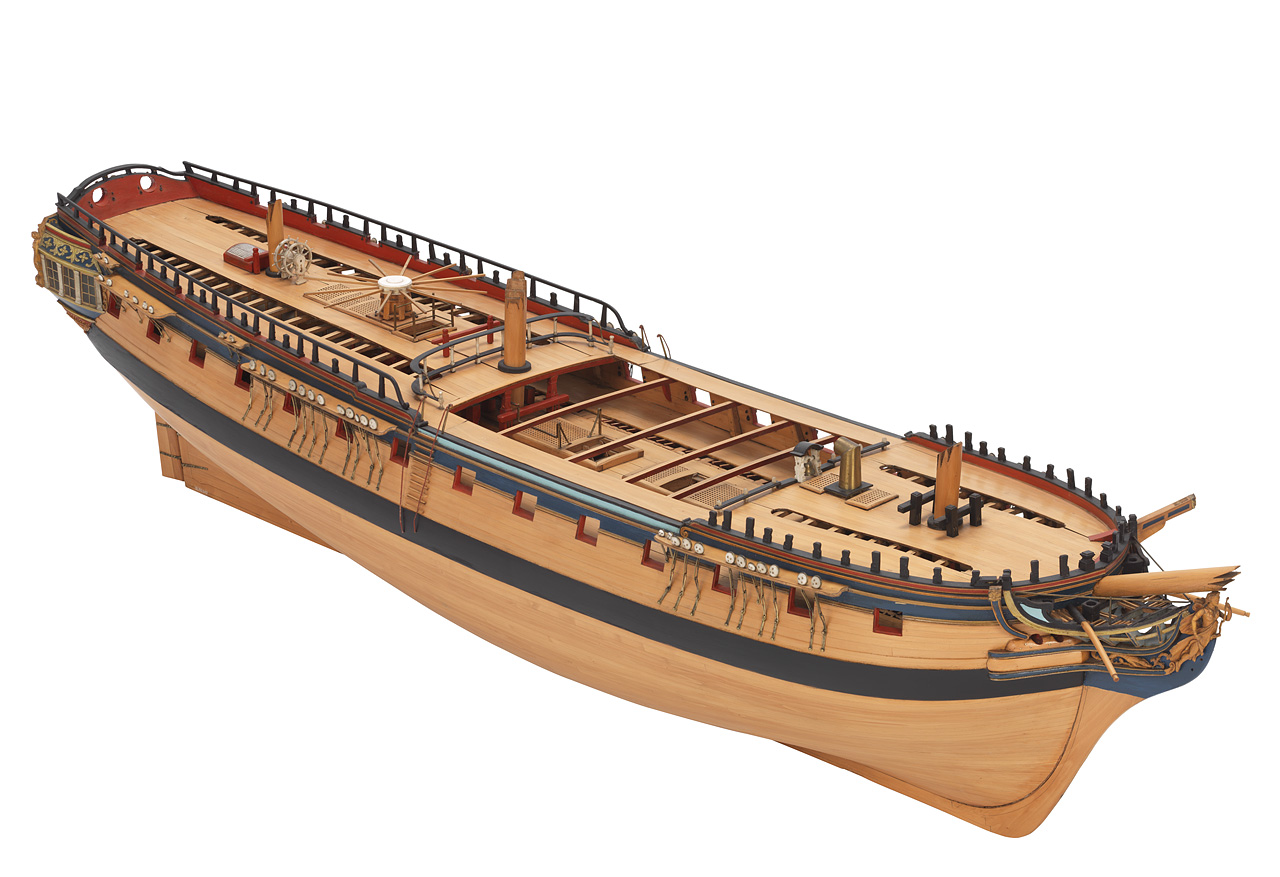 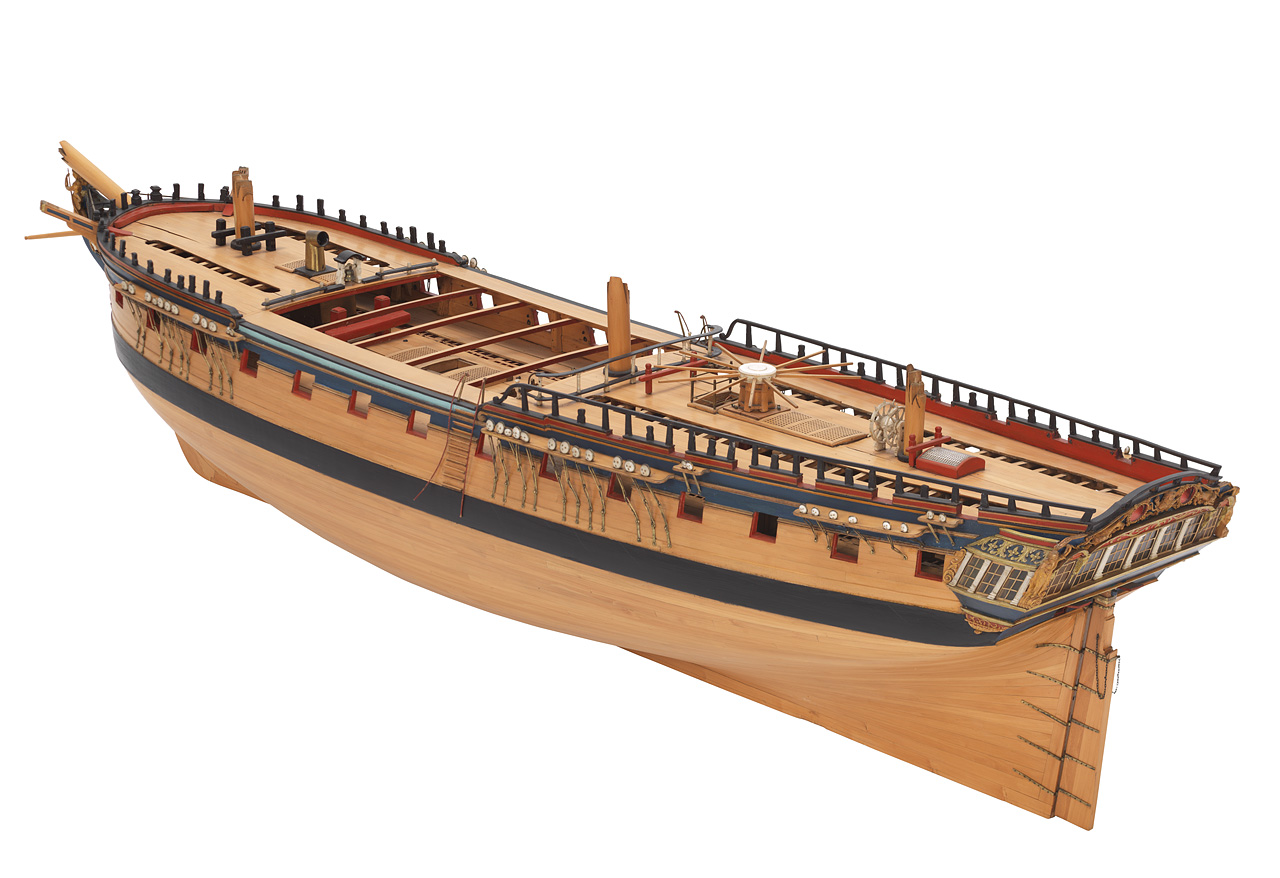 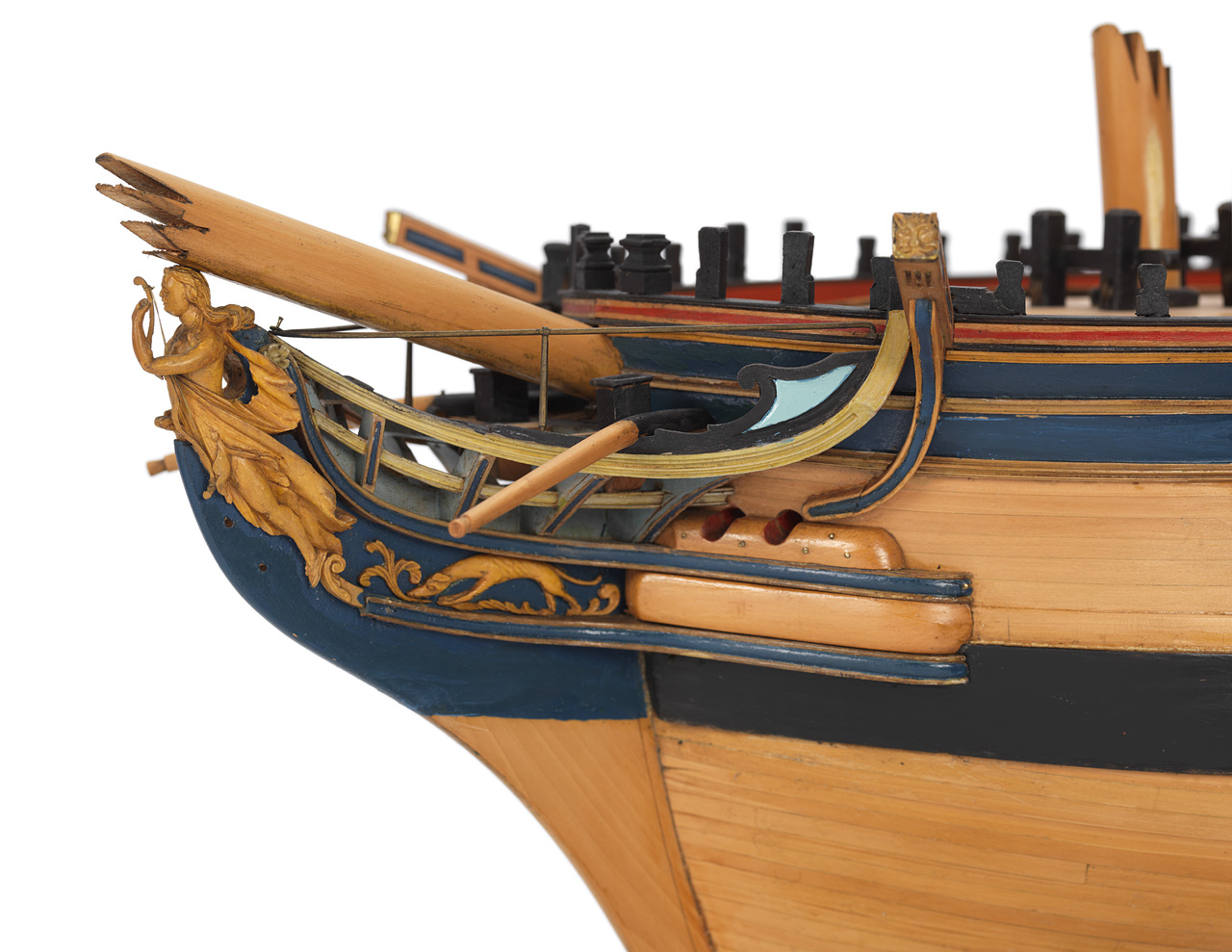 Scale: 1:48. A contemporary full hull model of the 'Diana'-class frigate (1794), a 38-gun fifth-rate, built in 'bread and butter' fashion and finished in the Georgian style. Model is partially decked, equipped, and mounted on its original pillar supports with a modern base. This model clearly illustrates the increasing use of bone and ivory in particular the carved decoration on the stern and the numerous fittings that were turned on a lathe such as the capstan head and deadeyes.

This class of frigate were built from plans by Sir John Henslow, Surveyor of the Navy, 1784-1806, and had a gun deck of 146 feet by 39 feet in the beam and a tonnage of 984 (builders old measurement). Known as the 'eyes and ears’ of the fleet, the frigate was used for a variety of roles such as searching out and reporting on the enemy fleets and convoys, as well as independent patrols worldwide.
Back to Search Results
Buy a print License an image
Share:
Link copied to your clipboard!