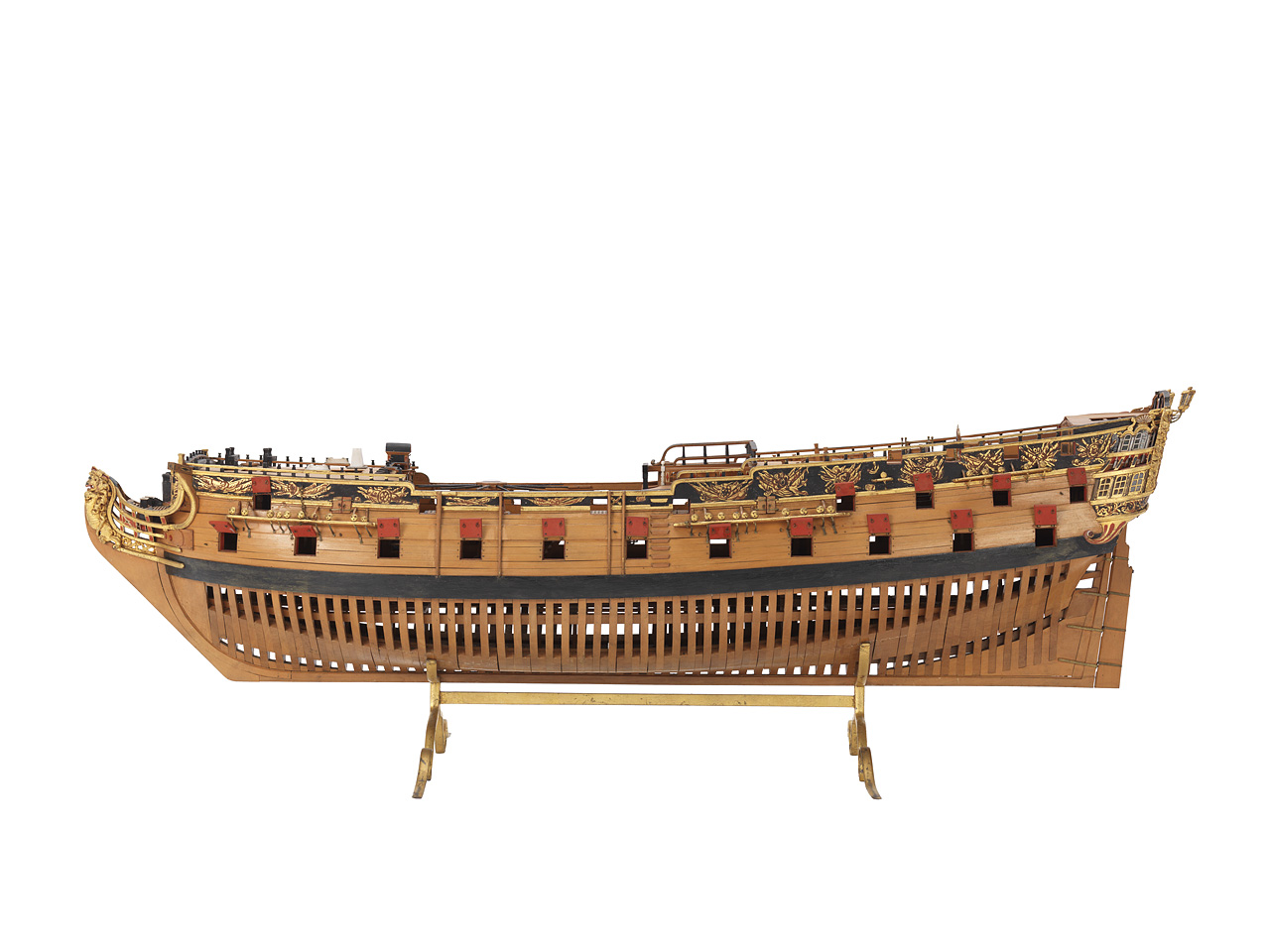 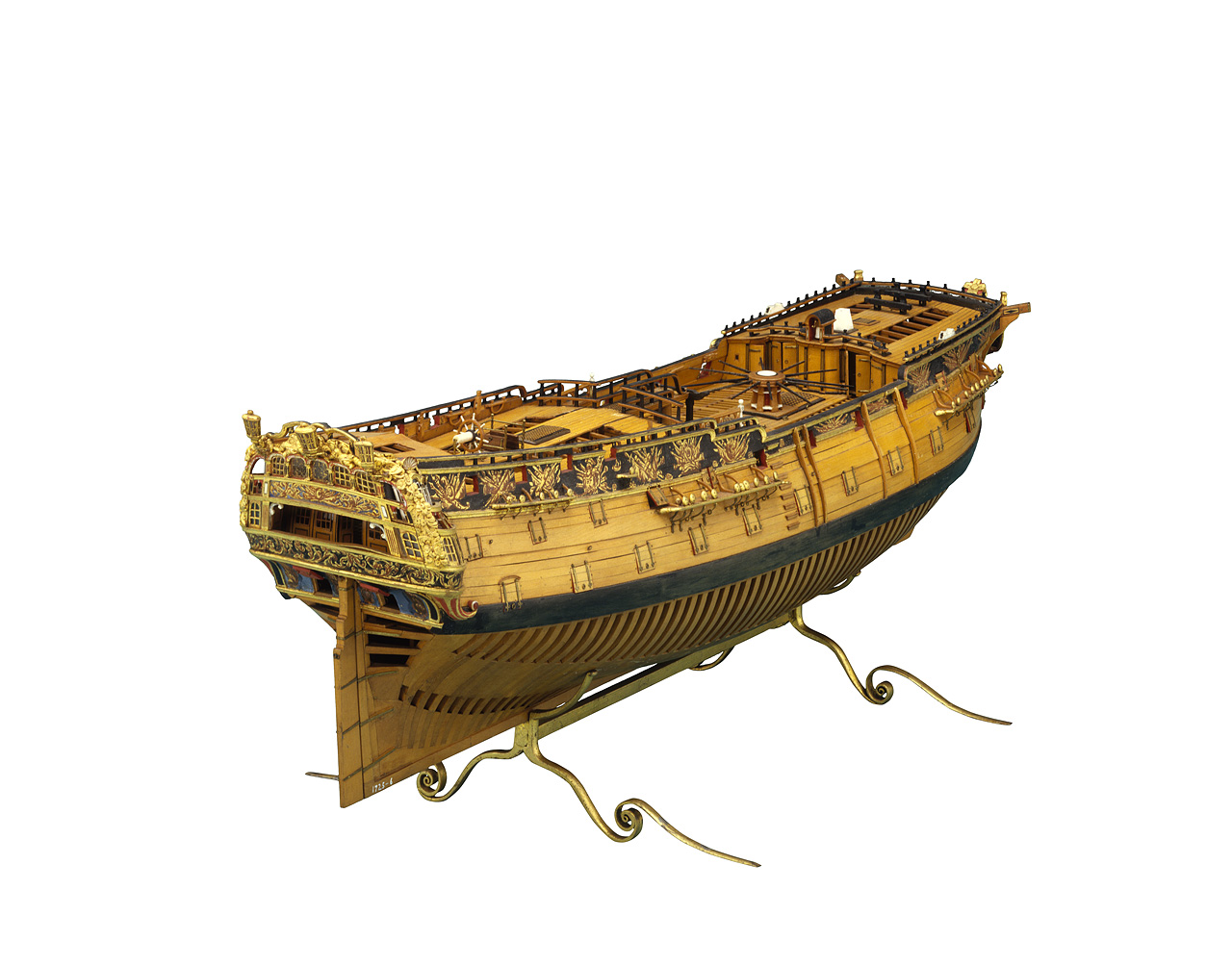 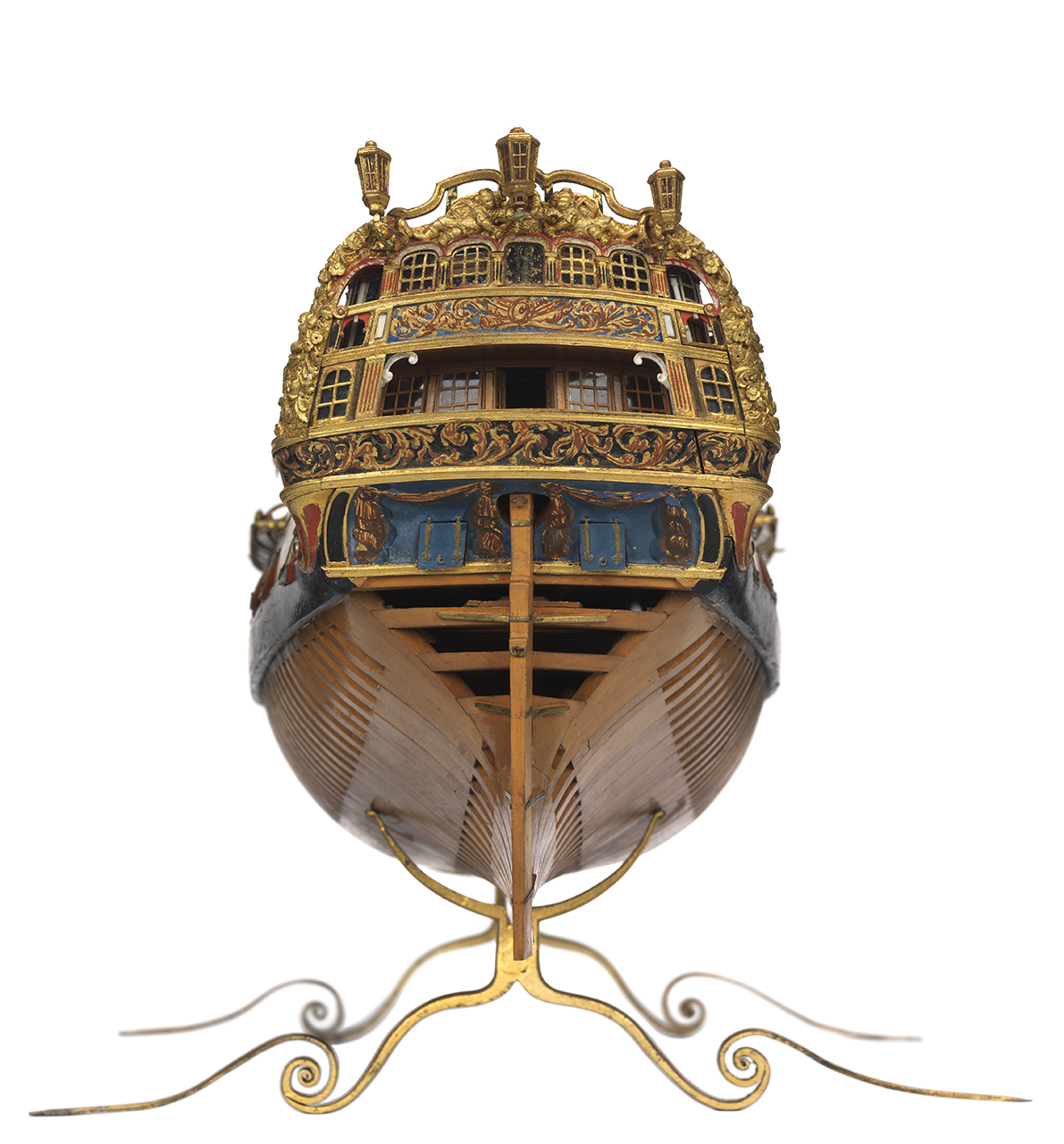 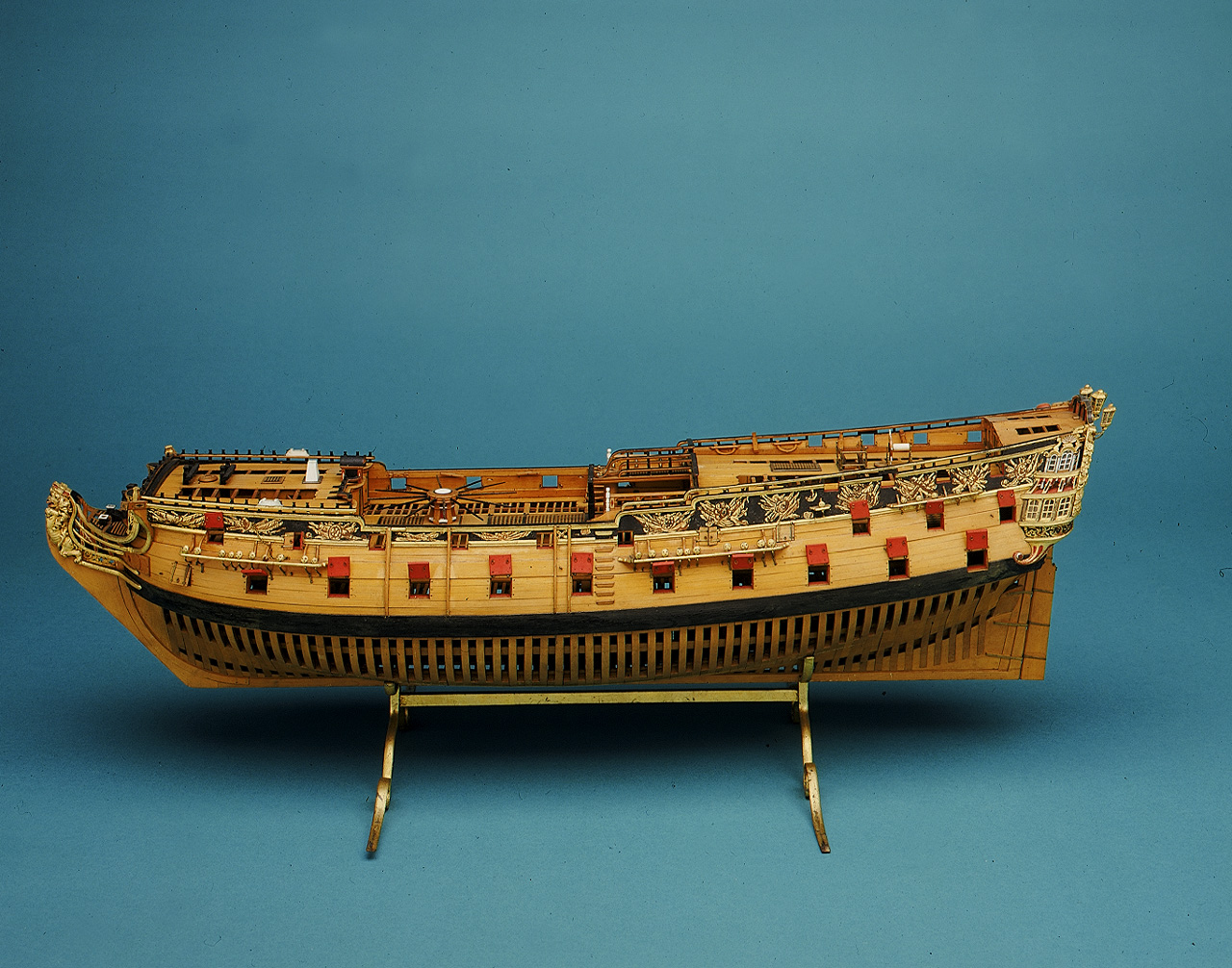 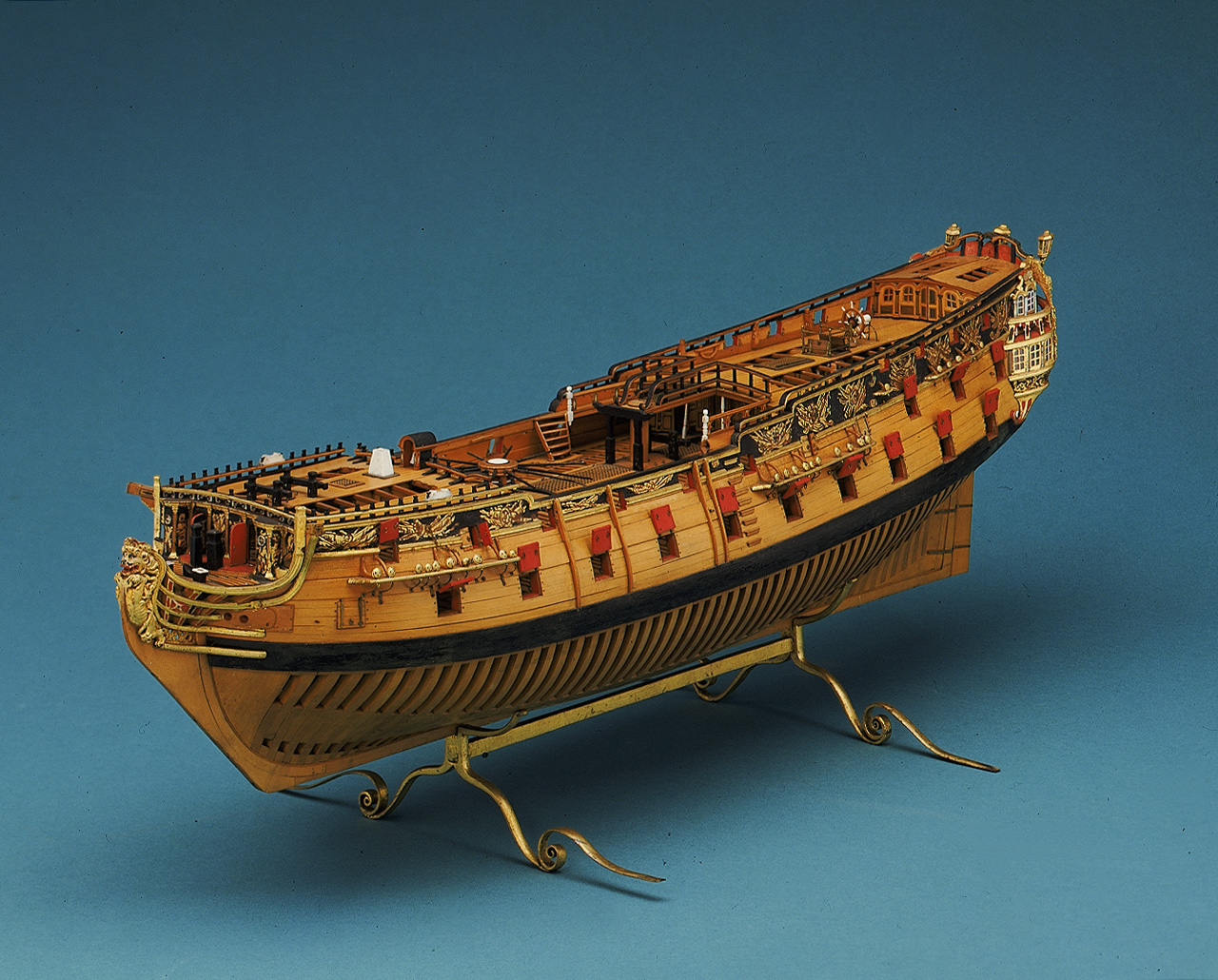 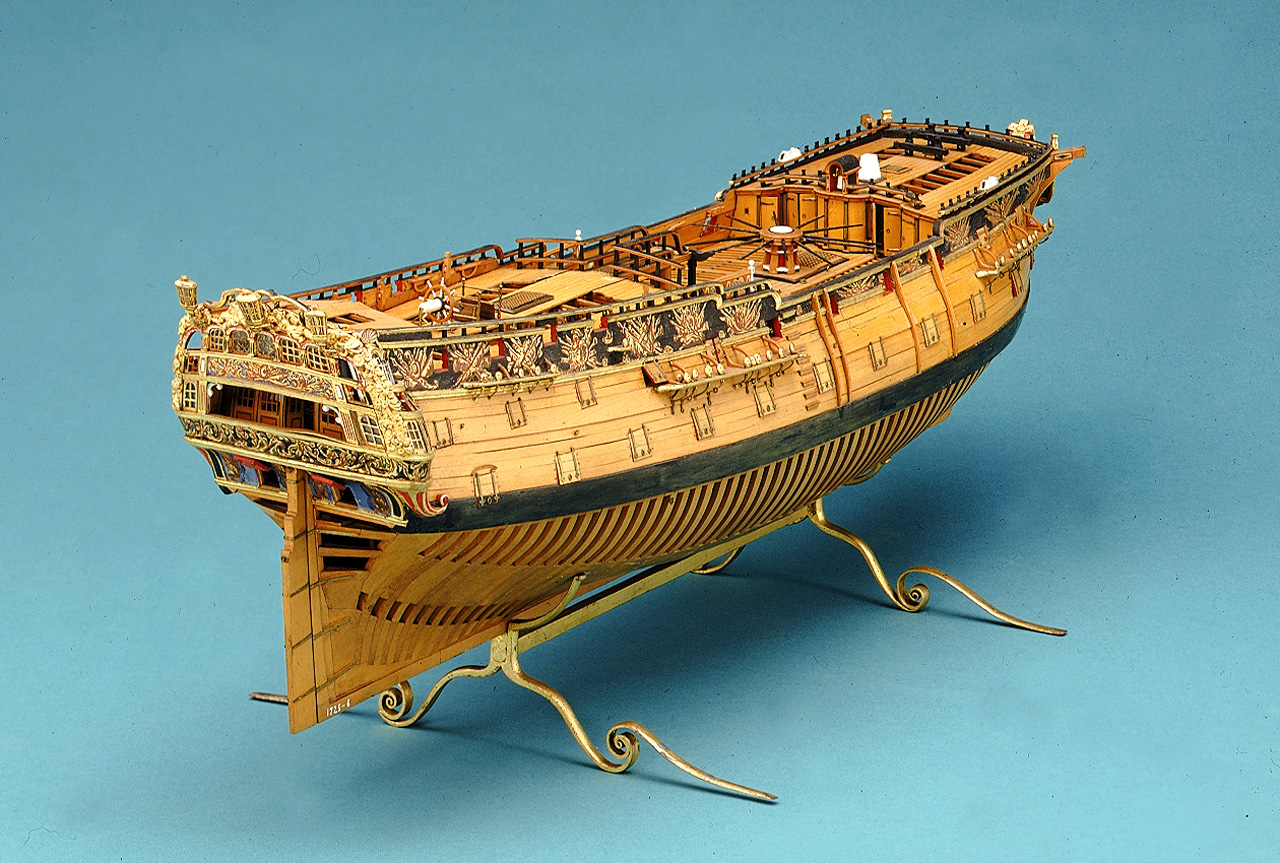 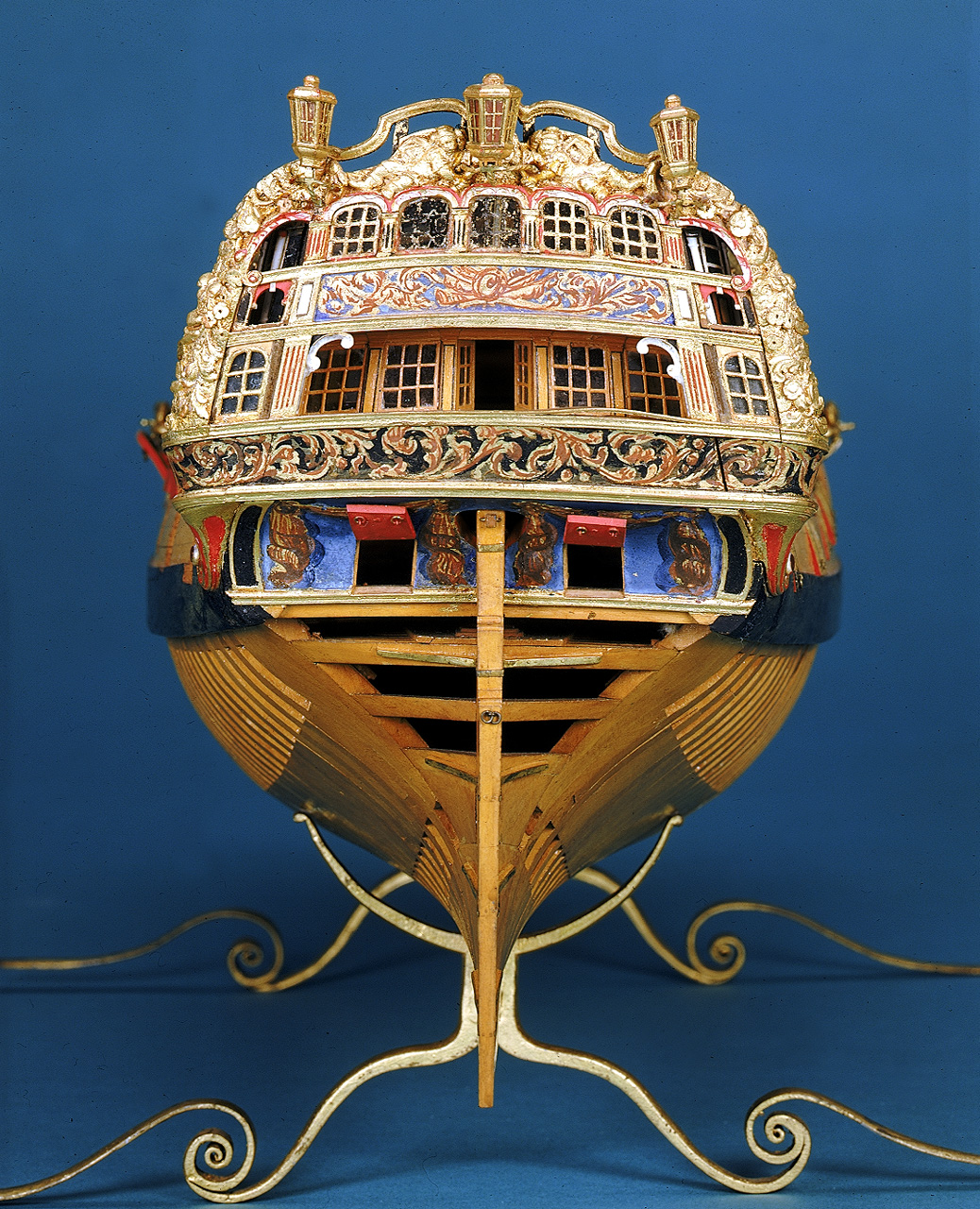 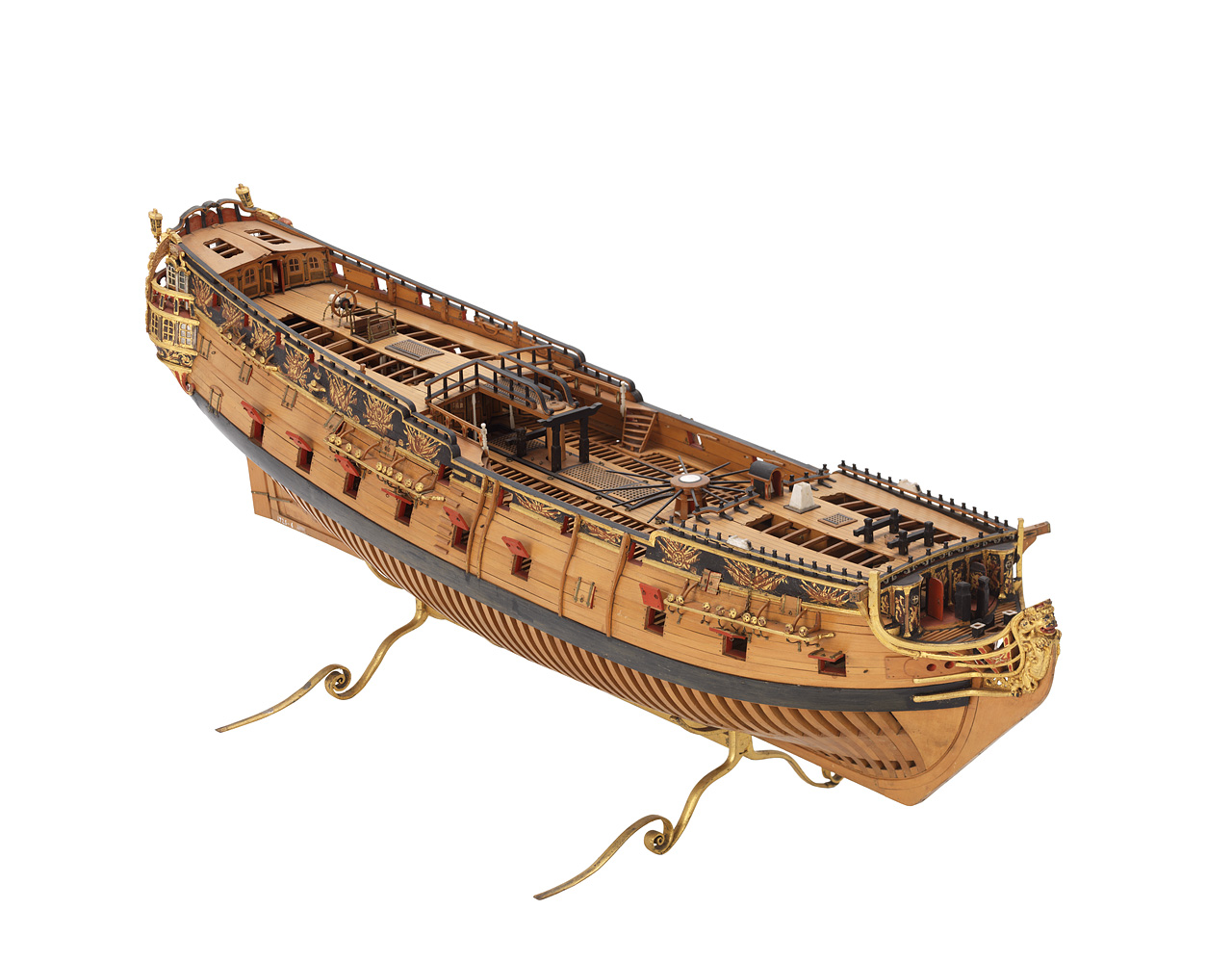 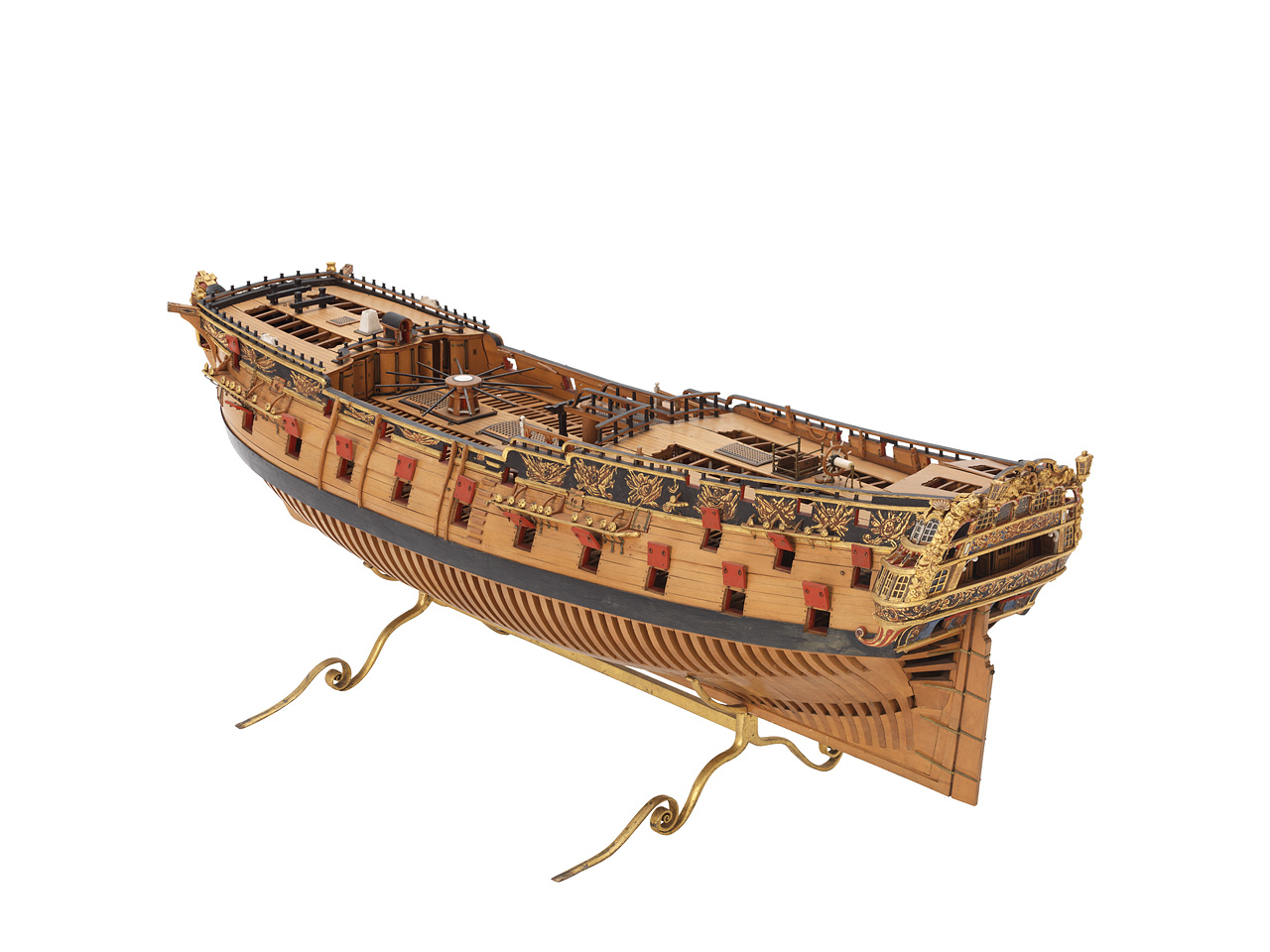 Scale: 1:64. A contemporary full hull model of a 50-gun small two-decker (circa 1725) built plank on frame in the Navy Board style. The model is decked, equipped and mounted on its original gilt metal crutches. Even at this rather unusually small scale, the model is highly detailed and complete with both carved and painted gilt decoration. It represents a ship measuring 137 feet along the gun deck by 36 feet in the beam and an approximate tonnage of 755 burden. These dimensions conflict with the two establishments of 1719 and 1733 and therefore the model was probably made as a proposal.

The 50-gun ship originated from the pre-commonwealth frigates of the 17th century and later played a crucial role in the development of both the battleship and frigates well into the 19th century. During the 18th century these small two-deckers gradually moved away from the battlefleet role to the heavy cruiser role ideally suited for the special conditions of the colonial warfare during the American Revolution. It was later employed as a peacetime flagship before playing a major role in leading small craft in anti-invasion operations during the Napoleonic Wars.
Back to Search Results
Buy a print License an image
Share:
Link copied to your clipboard!