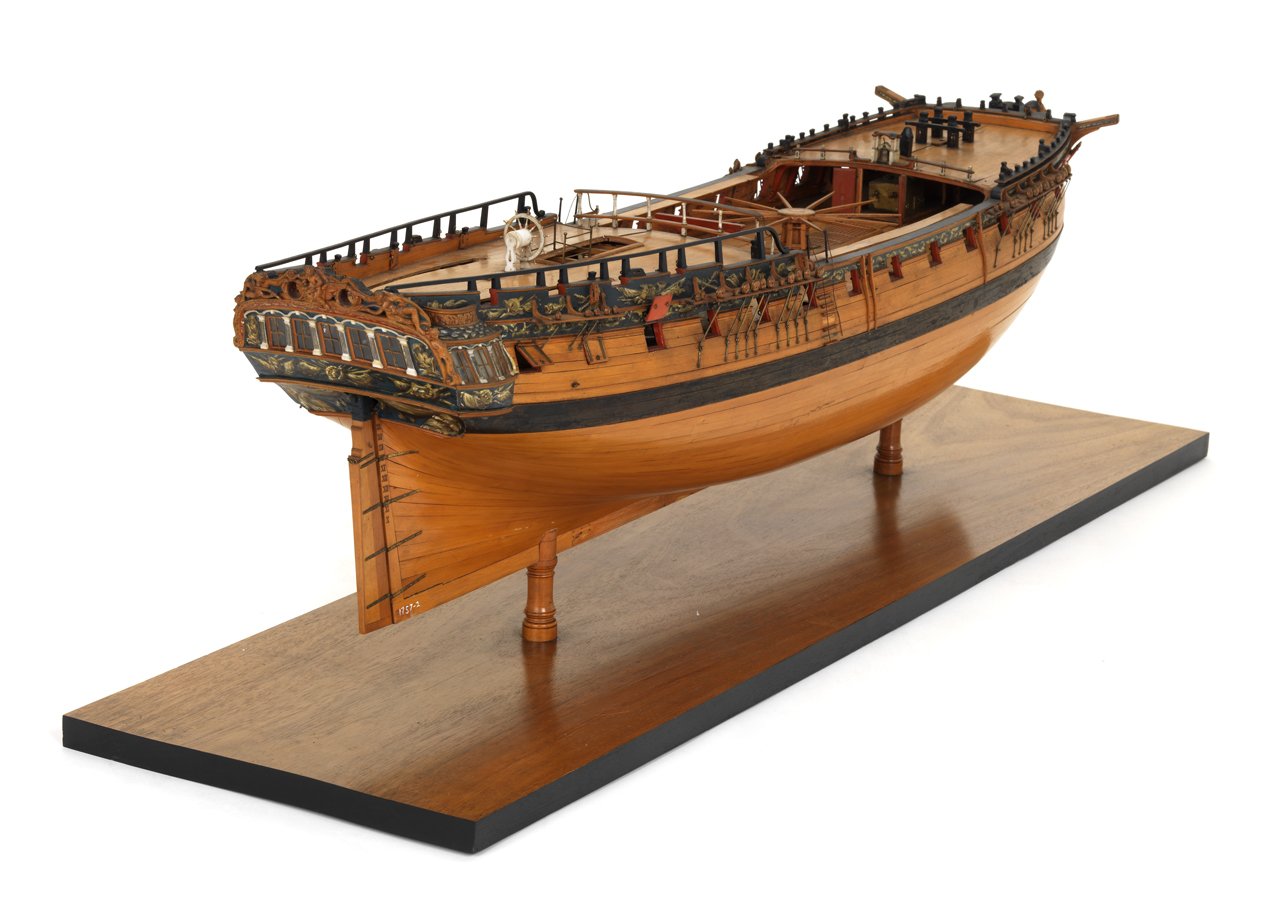 Scale: 1:48. A contemporary full hull model of a ‘Richmond’-class 32-gun frigate (circa 1757), built in the Georgian style. The model is decked. Taken from the model, the vessel measured 129 feet along the gun deck by 34 feet in the beam, displacing 660 tons burden. It was armed with twenty-six 12-pounders on the upper deck, four 6-pounders on the quarterdeck and two 6-pounders on the forecastle. This type of vessel, an early ‘true frigate’, is similar to SLR0496.

Although not identified with a particular ship, the dimensions represented are very close to those of the ‘Tweed’ (1759), but that ship probably had a round bow. A noticeable feature is the new style of figurehead. The familiar lion, which had been the standard form of bow decoration for smaller warships since about 1600, began to disappear after about 1750. It was commonly replaced by a human figure in classical dress.

Frigates were fifth- or sixth-rate ships and so not expected to lie in the line of battle. With the advantage of superior sailing qualities over the larger ships of the line, they were used with the fleet for such tasks as lookout or, in battle, as repeating ships to fly the admiral’s signals. They also cruised independently in search of privateers.
Back to Search Results
Buy a print License an image
Share:
Link copied to your clipboard!