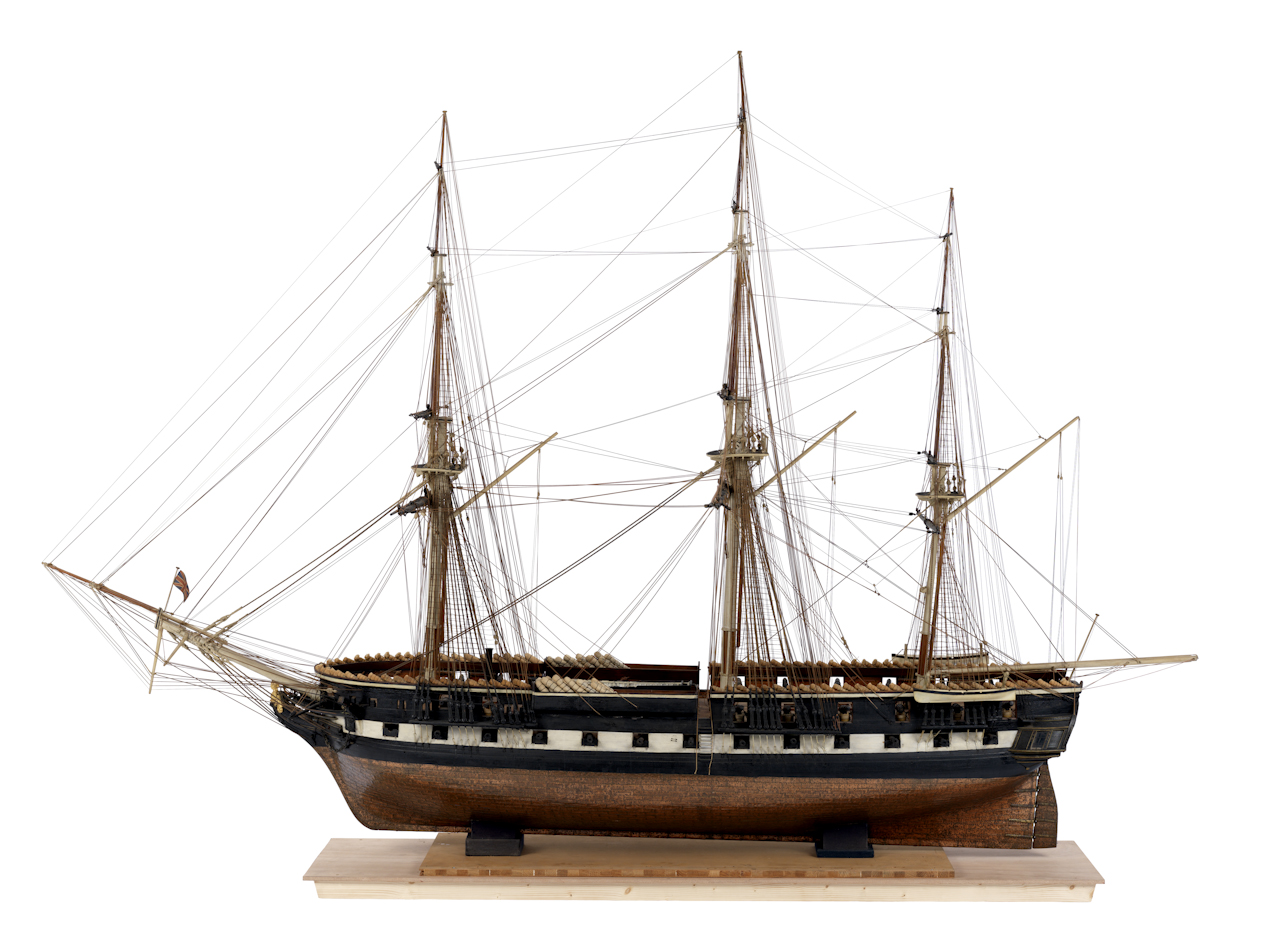 Scale: unknown. A full hull model of the ‘Phoebe’ (1795), a 36-gun frigate. The model is decked, equipped and rigged. This model represents the new, large types of frigate which were built in large numbers in the 1790s.It is fully rigged and shows the seamen’s hammocks stowed around the decks. It also shows the Nelson chequer, or black and white painting of the hull. This style was not common until about 1815, which may date the model to this time.

The ‘Phoebe’ was built on the Thames in Dudman’s yard at Deptford. It served off the Irish coast in 1796–1800 and captured many enemy ships. In 1805 it was present at the Battle of Trafalgar captained by Thomas Bladen Capel, one of Nelson’s original ‘band of brothers’. It became a depot ship at Plymouth in 1822 and was finally broken up in 1840.
Back to Search Results
Buy a print License an image
Share:
Link copied to your clipboard!