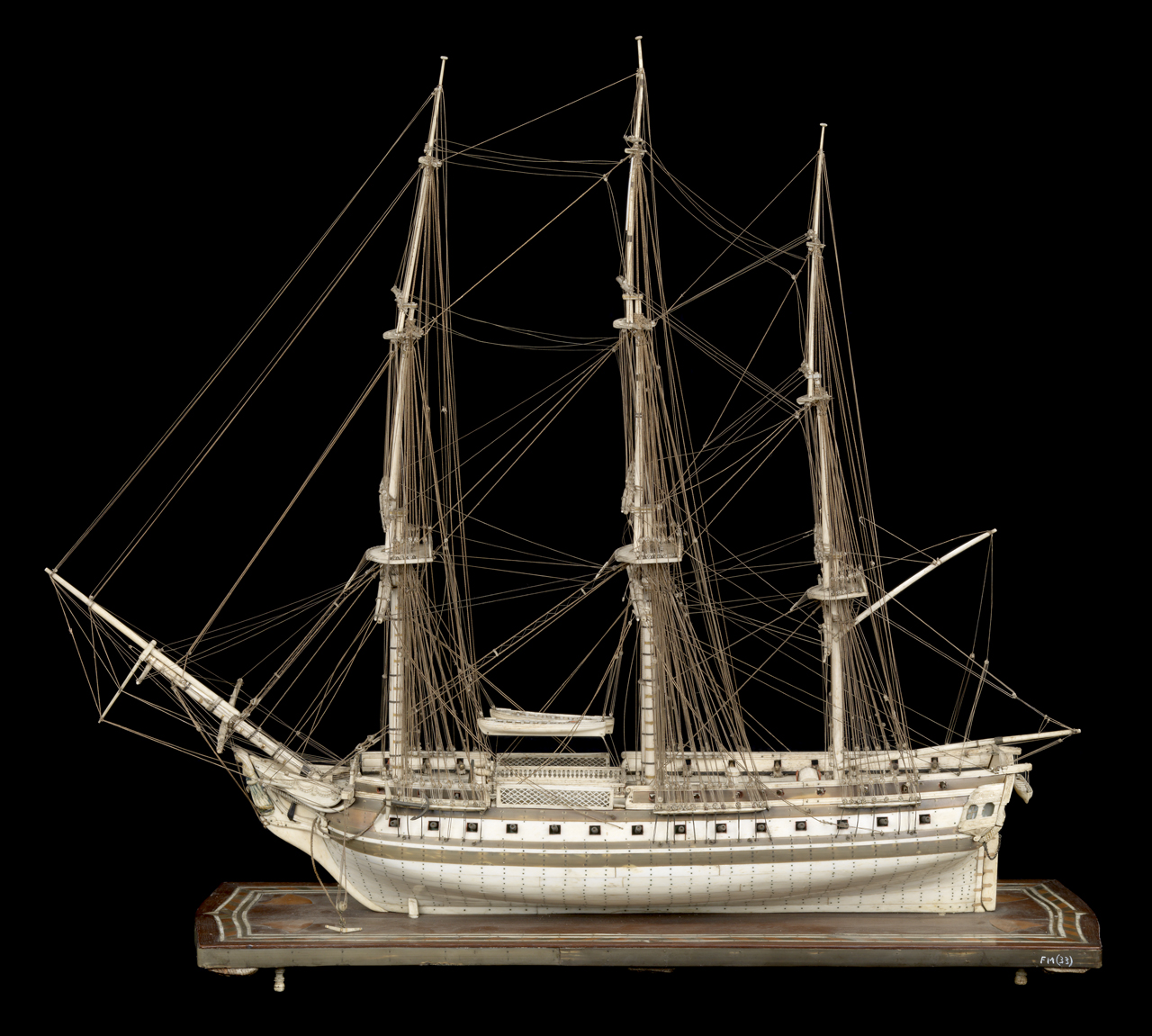 Scale: unknown. Full hull model of a French frigate (circa 1800). The hull of this model has a hollow wooden core on which the bone planks have been attached using brass pins. The darker planks are made from horn and denote the main and upper wales together with the bulwark screens along the quarter-deck and forecastle. It is rigged with bone mast and spars and mounted on its original wood marquetry baseboard.

A typical feature of bone models is that the guns have been mounted on a single piece of wood secured to metal springs internally. By gently pushing the guns back into the hull, they will lock in the loading position. There are two cords on either side of the rudder at the stern which when pulled, release the guns simultaneously, springing out into the firing position.

During the Revolutionary and Napoleonic Wars (1793–1815), large numbers of French prisoners were housed in open prisons throughout Britain. Their daily food ration included half a pound of beef or mutton on the bone. Subsequently, the bone became a readily available source of raw material from which a variety of objects were crafted. Other materials were also used including wood, horn, brass, silk, straw and glass. Typically, the models were not made to scale as accurate scale plans were not available and tools were limited. To realise a good price at market, the models were often named after famous ships of the time, whilst some models included spring-loaded guns operated by cords.
Back to Search Results
Buy a print License an image
Share:
Link copied to your clipboard!