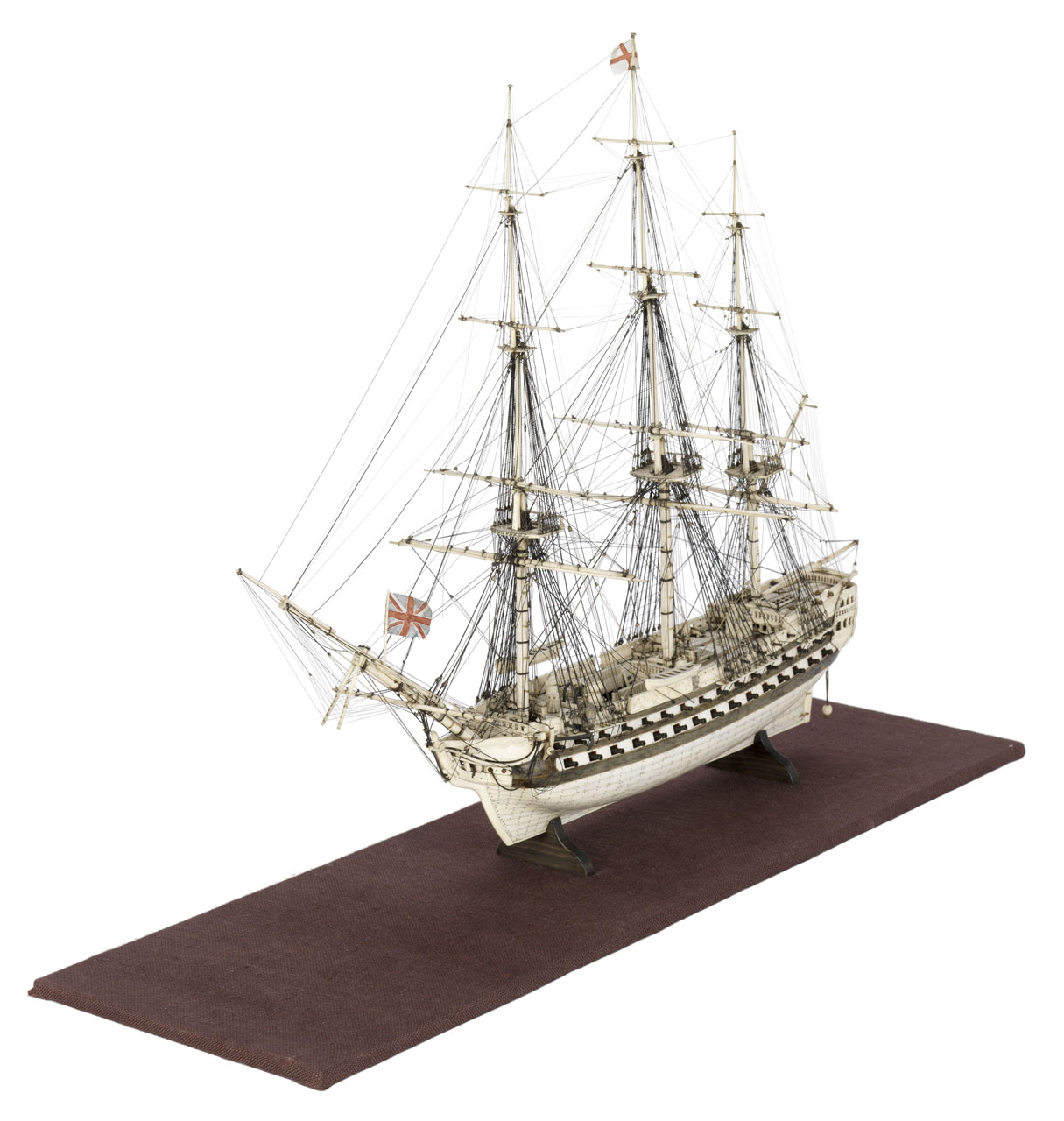 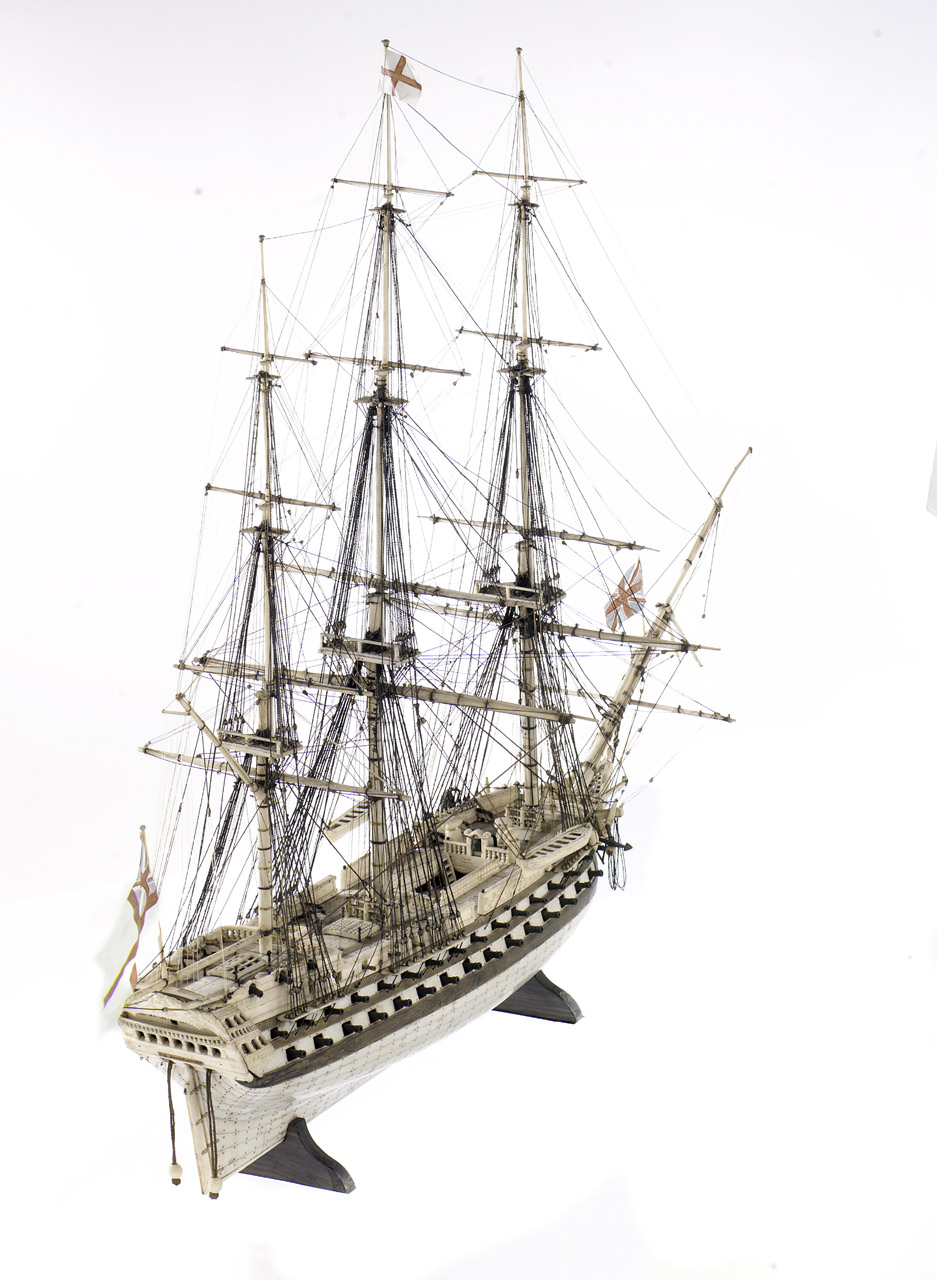 Scale: unknown. A contemporary full hull model of the two-decker ‘Foudroyant’. Built entirely of bone pinned onto a wooden frame, it is fully rigged and mounted on a modern baseboard. Typically, the models were not made to scale since accurate scale plans were not available and tools were limited. This model illustrates this to a certain extent as the height of the masts and rake of the bowsprit are slightly exaggerated. Another common feature of these models was to name them after a famous ship, in this case the British ‘Foudroyant’ launched in 1798, which would probably help to realize a good price at market. It is also fitted with the spring-loaded guns which, when pushed into the model for the loaded position, will pop back out when the rope cord is pulled situated under he stern.

During the Revolutionary and Napoleonic Wars (1793–1815), large numbers of French prisoners were housed in open prisons throughout Britain. Their daily food ration included half a pound of beef or mutton on the bone. Subsequently, the bone became a readily available source of raw material from which a variety of objects were crafted. Other materials were also used including wood, horn, brass, silk, straw and glass.
Back to Search Results
Buy a print License an image
Share:
Link copied to your clipboard!