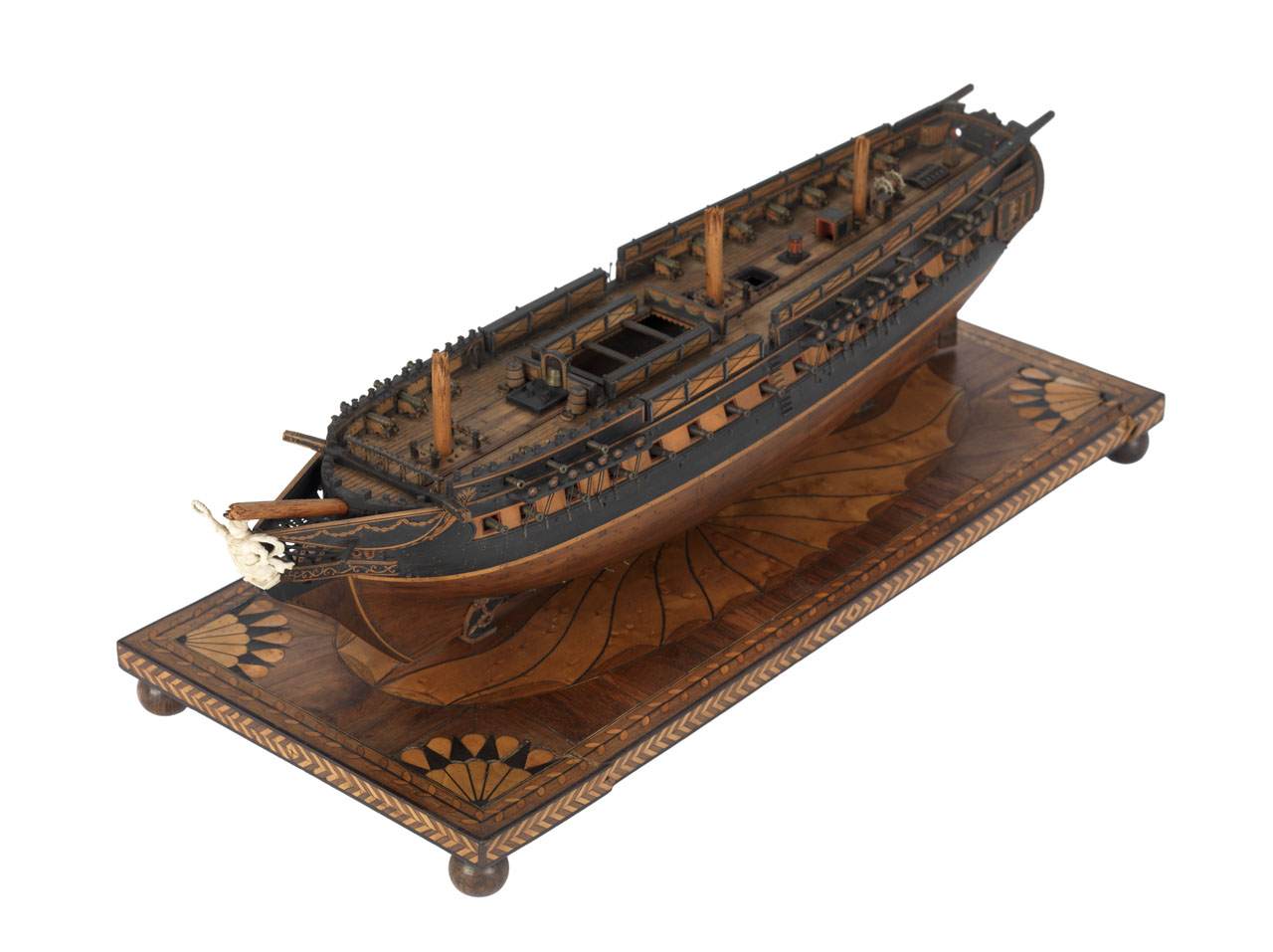 Scale: unknown. A contemporary full hull model of the French 40-gun frigate ‘La Gloire’ built plank on frame and mounted on its original wooden marquetry baseboard. This model is a fine example of French craftsmanship and it combines the use of both wood and bone or ivory. The ornately decorated stern galleries are typical of the French ‘horseshoe’ design with the ship’s name carved on a raised plaque on the counter.

During the Revolutionary and Napoleonic Wars (1793–1815), large numbers of French prisoners were housed in open prisons throughout Britain. Their daily food ration included half a pound of beef or mutton on the bone. Subsequently, the bone became a readily available source of raw material from which a variety of objects were crafted. Other materials were also used including wood, horn, brass, silk, straw and glass. Typically, the models were not made to scale as accurate scale plans were not available and tools were limited. To realize a good price at market, the models were often named after famous ships of the time, whilst some models included spring-loaded guns operated by cords.

The ‘Gloire’ was built in France and captured by the British in 1803. Measuring 158 feet along the gun deck by 41 feet in the beam, she was added to the Royal Navy and subsequently broken up in 1812.
Back to Search Results
Buy a print License an image
Share:
Link copied to your clipboard!