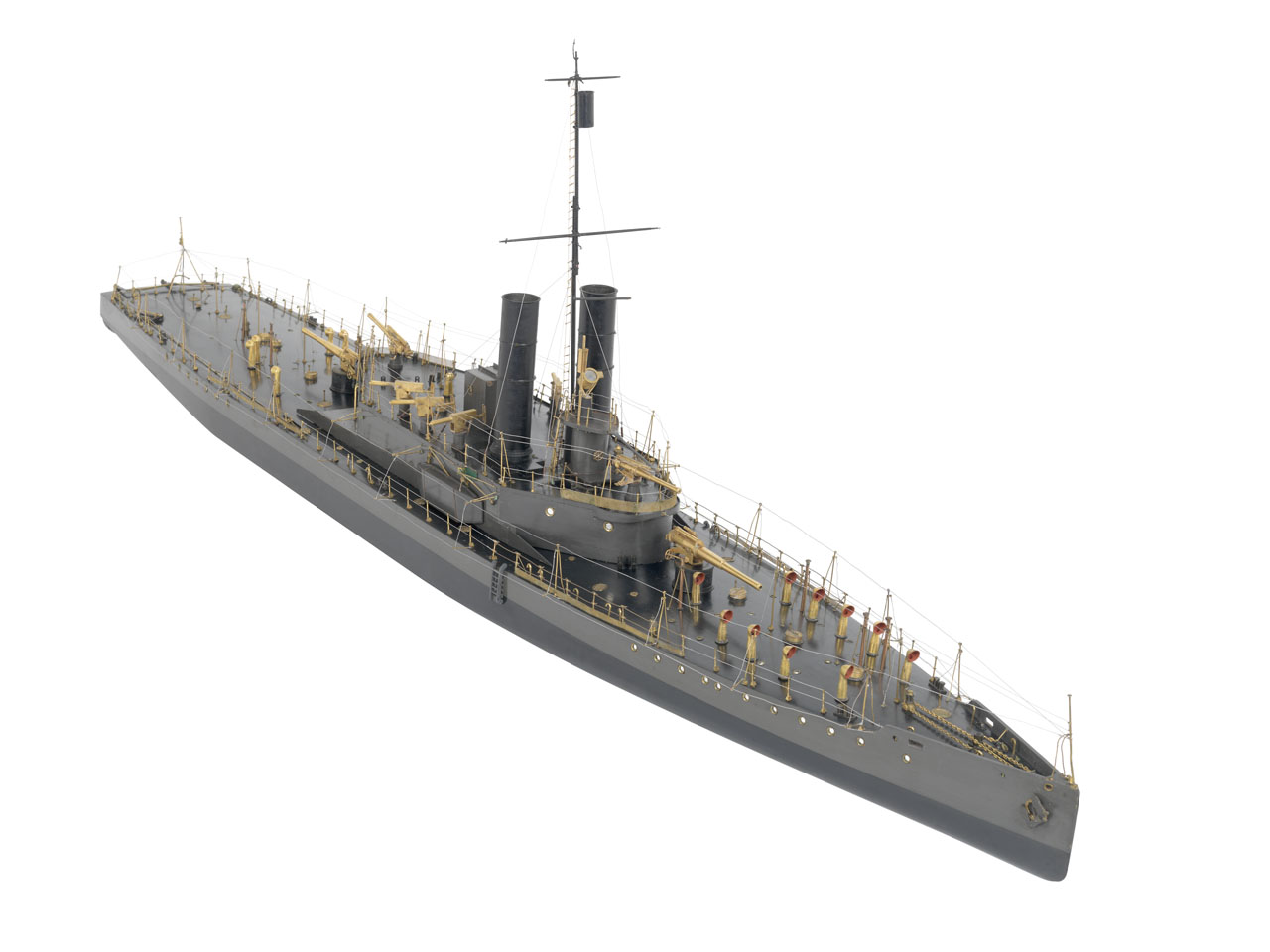 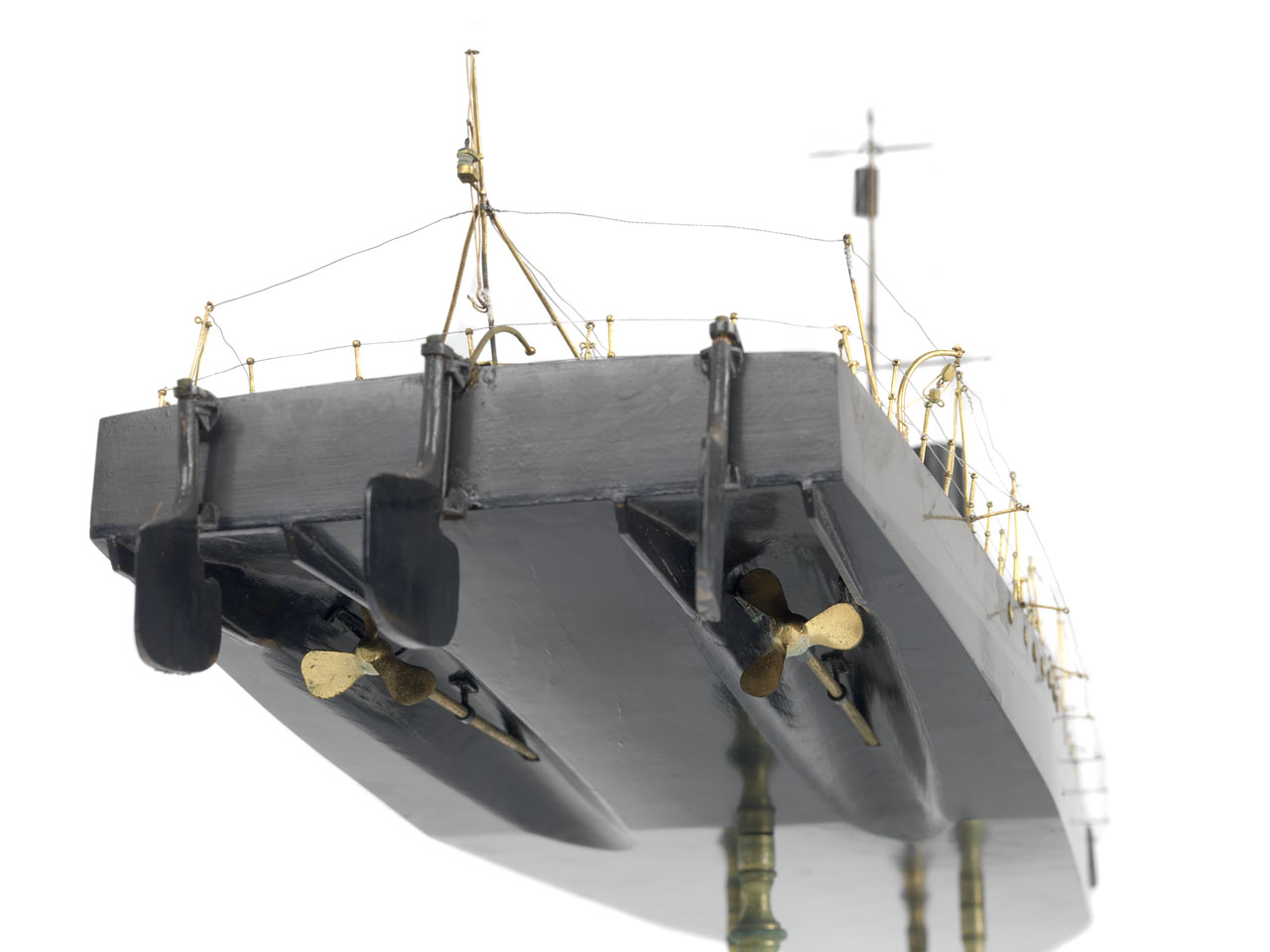 Scale: not calculated. The 12 ships of the ‘Insect’ class were built between 1915 and 1916 for deployment on the River Danube. They were designed to be de-assembled, transported over land, and re-assembled on the Danube to fight the Austro-Hungarian flotilla stationed there. Originally these boats were described as ‘China gunboats’, to conceal their true objective, which is ironic as all but one of them ended up on the China station.

HMS ‘Tarantula’ was built by Wood, Skinner & Company, of Newcastle. Typical of the class she carried a variety of armament including two 6-inch guns, packing a powerful punch for their size, displaced 645 tons, had a triple-expansion engine driving twin-screws in tunnels, and on trials easily made 18 knots.

In 1916, four gunboats, including ‘Tarantula’, were towed out to the Persian Gulf to join the Tigris flotilla. Over the following two years the force fought its way up to Baghdad. At the end of the War ‘Tarantula’ was towed to China and stationed on the West River, near Hong Kong. It appears that around 1940 she made a trip from Singapore to Trincomalee, Sri Lanka. Due to her poor condition she was used only for storage and as an office.

Despite not participating in the Second World War ‘Tarantula’ became, for twelve days in 1944, the flagship for the British Pacific Fleet when Admiral Sir Bruce Fraser hoisted his flag in her. Finally, on 1 May 1946, she was taken out and used as target practice, and was sunk by HMS ‘Carron’ and HMS ‘Carysfort’.

The model – like the animal it is named after – is highly distinctive in that it is completely black with gold detailing. This has been done for effect rather than accuracy because for virtually her entire career the actual boat was painted almost entirely white. The model sits on a bevelled mirrored base, which might have been added later to show the propeller tunnel arrangement, and is housed in its original light oak case with matching display table.
Back to Search Results
Buy a print License an image
Share:
Link copied to your clipboard!