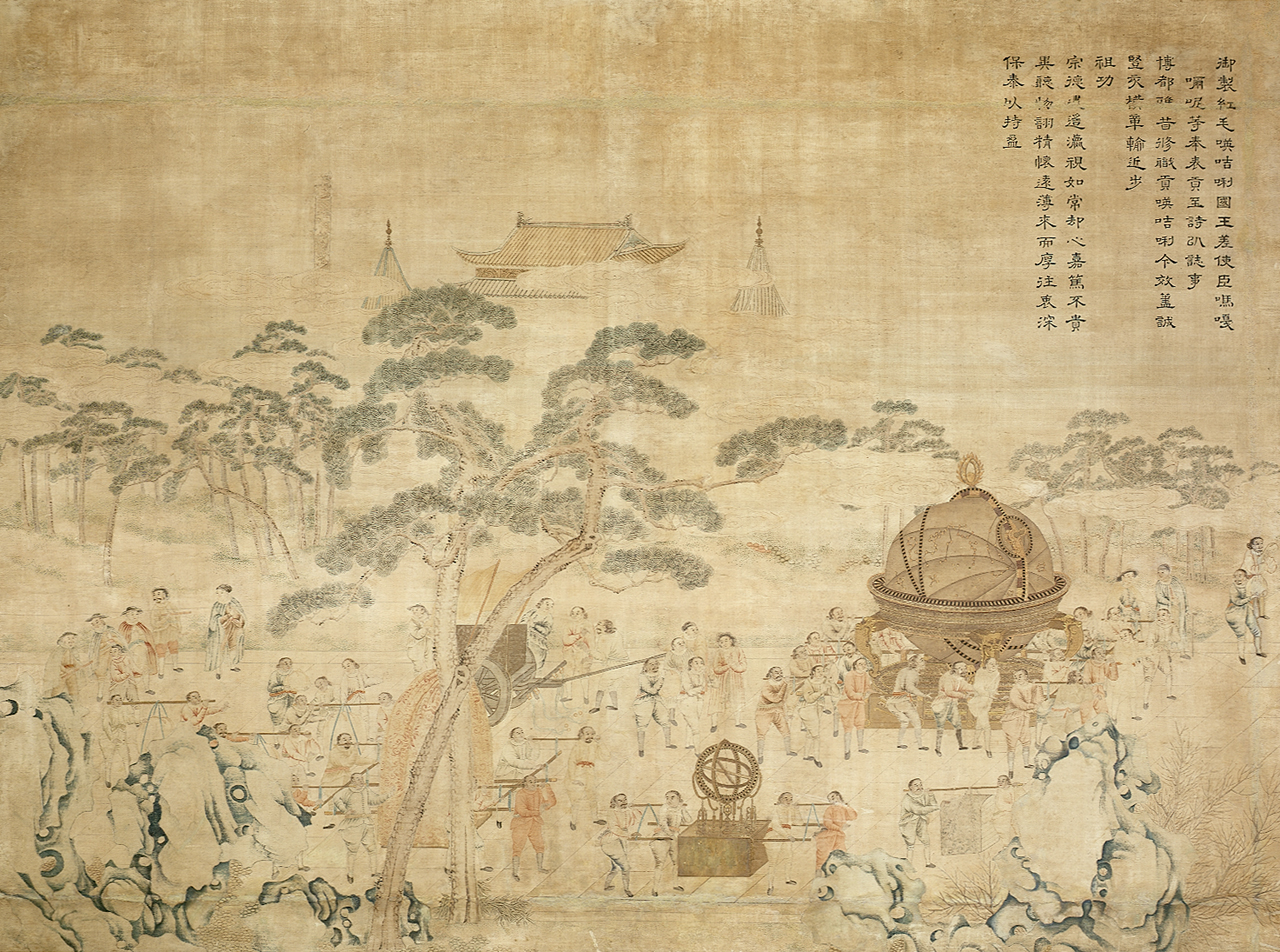 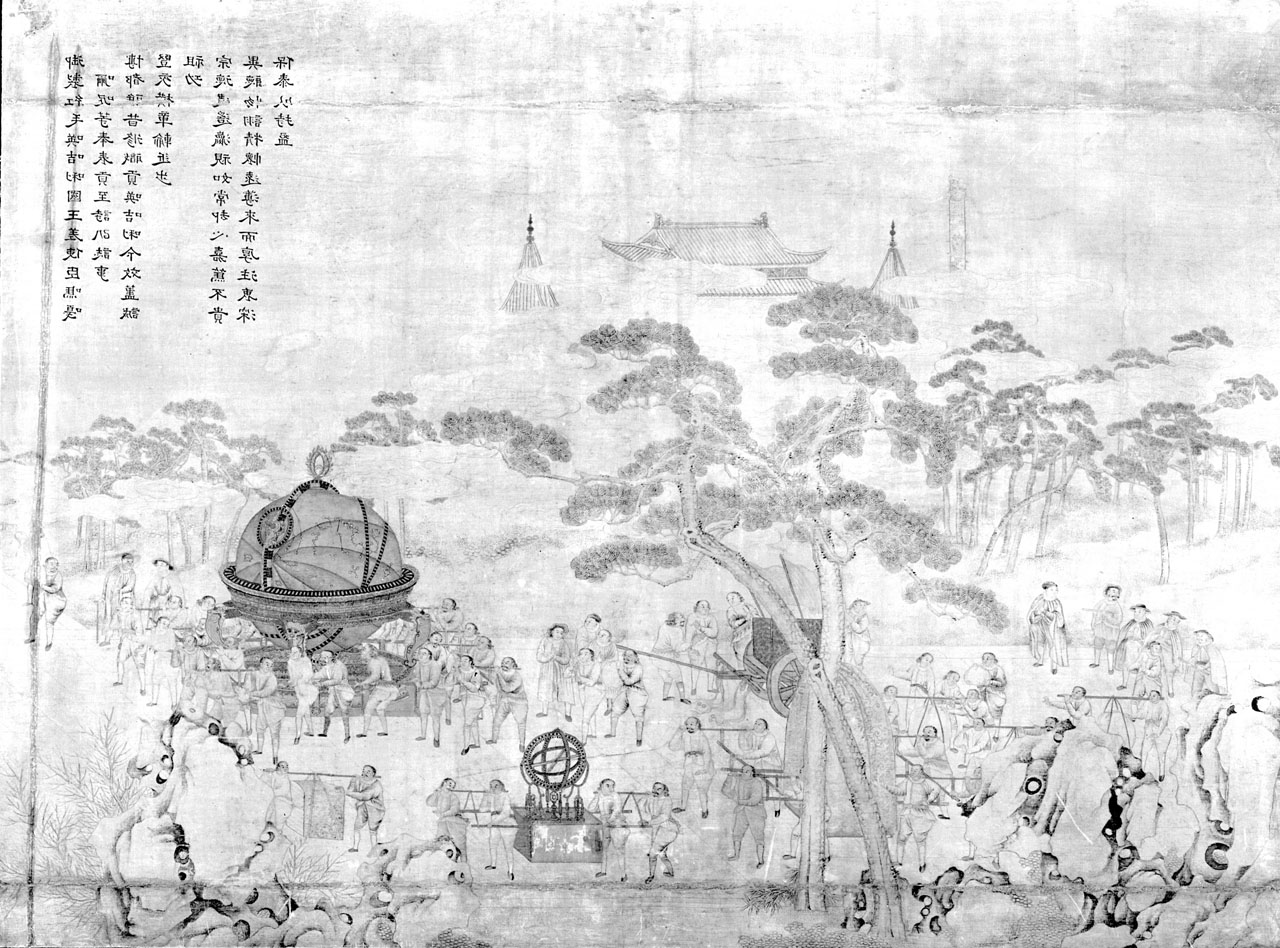 Framed K'o-ssu tapestry depicting the arrival of a planetarium and celestial globe at the Summer Palace of the Emperor of China, Ch'ien-Lung at Peking, September 1793. These items were presented by an Embassy from George III led by Lord Macartney. The artist has not depicted the scene from personal observation as the Europeans are shown in 16th century costume and the two instruments depicted were part of the equipment of the Jesuit Observatory in Peking. There is a Chinese poem in the top right hand corner.

The tapestry presents a Chinese view of Lord Macartney's mission.
Back to Search Results
Buy a print License an image
Share:
Link copied to your clipboard!