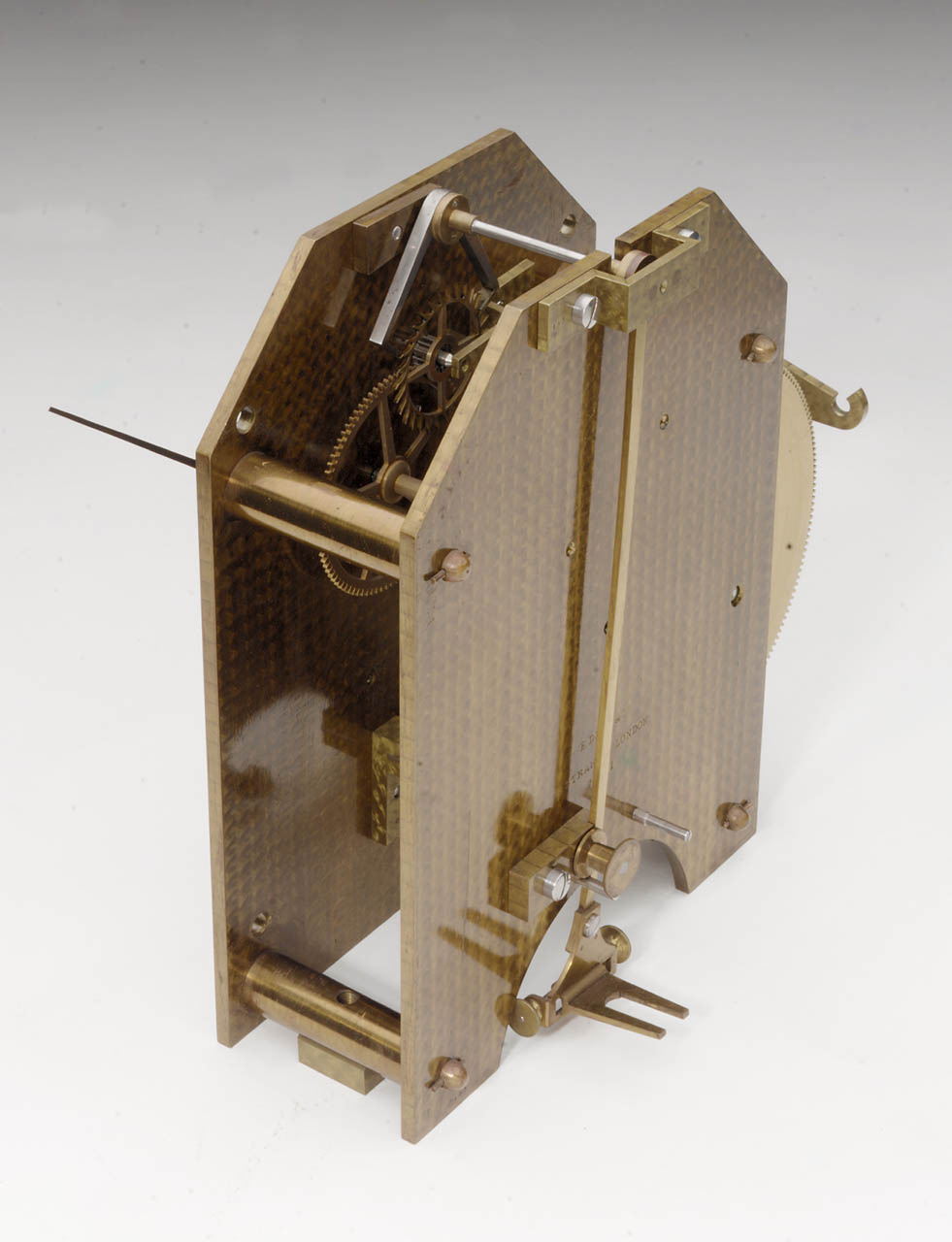 An eight-day astronomical regulator signed ‘E DENT & CO 61 STRAND LONDON NO 2011’. It is a conventional weight-driven regulator with a dead-beat escapement and zinc-steel compensated pendulum. It is one of a series of 12 clocks made by Dent specially for the British 'Transit of Venus' expeditions of 1874. Number 2011 went to Kerguelen Island in 1874. After serving again for the 1882 transit, the clock was used for many years at Kew Observatory.

The firm of Dent & Co. originated with Edward John Dent (1790–1853), one of the most celebrated of all the 19th century chronometer and precision clock makers. Dent built up a strong relationship with the Astronomer Royal and the Royal Observatory. He received considerable patronage from both. In the 1840s Dent expanded his already healthy business, having no fewer than three London premises. He also founded a turret clock manufactory which would produce one of the most famous clocks in the world, the Great Clock at Westminster, familiarly known as ‘Big Ben’ (actually the name applied to the hour bell). However, the work was only completed after Dent’s death. The firm of Dents continued in business for many years, only finally closing in the 1970s.
Back to Search Results
Buy a print License an image
Share:
Link copied to your clipboard!