Skip to main content
You are here:
Home Discover our stories and collections Explore by theme What is scurvy?

A disease that's mostly been wiped out in the western world, scurvy has proved fatal for sailors throughout history.

Watch more in this film series

Living at sea could be a dangerous business. Death and disease were rife, and battles common. But one of the biggest threats to sailors turned out to be their diets.

When going away to sea for months at a time, sailors needed to ensure that the food on board would survive the journey. Provisions such as ship’s biscuits, salt beef, pork, cheese and fish were common foods taken on long voyages.

This rather limited diet was missing one important component - Vitamin C. However, the importance of vitamin C - or any other vitamins for that matter - was not known at the time, and certainly not something that seafarers would have worried about. That is, until it started killing hundreds of sailors.

Scurvy only occurs after a sustained period of time without vitamin C, normally over a month. It often begins with a patient feeling tired and listless, as well as nostalgic and homesick.

A lack of vitamin C means that the protein collagen cannot be replaced by the body, and this causes tissue to break down.

As cells break down and the nervous system stops working, joints swell up and teeth can fall out.

One of the stranger symptoms of curvy is known as 'calenture'. Calenture was a kind of delirium in which sailors suddenly would believe that the sea surrounding them was actually rolling hills. They would step off the ship, and be washed away by the waves.

If left untreated, scurvy can eventually result in death. In the 18th century, more sailors died from scurvy than died in combat.

Can scurvy be cured?

Scurvy can be treated quickly and simply by introducing vitamin C into the diet. Whilst today most people have ample access to fruit and vegetables, this was not the case on board ships during the height of scurvy.

Lime juice was given to sailors, often mixed with their daily rum allowance to ensure that it was drunk.

A number of alternative (and ineffective) cures had previously been proposed, including bloodletting, an ‘elixir of vitriol' (a mixture of sulphuric acid and alcohol), and placing a piece of turf over the patient's mouth.

These tablets were often used by Captain Cook on his voyages

Another solution proposed was a 'soup block' consisting of bones and scraps of meat from bone carcasses, boiled down to a glue-like substance that was then dried. This could be dissolved in water when needed. However, this soup does nothing to combat the causes of scurvy.

During Captain James Cook’s circumnavigation of the world (1768–1771), not a single life was lost to scurvy. Cook claimed that this was down to the malt and wort that he had brought on board to test as a cure. However, malt doesn’t contain vitamin C.

Instead of malt being the cure, Cook’s cleanliness and strict order were much more helpful. Cook demanded a level of cleanliness much higher than on normal ships of the time. As well as this, Cook ordered that no sailors be allowed to drink the fat from the top of the chef’s boiling pans - a common practice at the time. This fat, after coming into contact with copper, irritated the bowels and made the absorption of vitamins difficult.

James Lind was a surgeon’s mate in the 18th century. He witnessed the effects of scurvy and ran the first recorded clinical trial in an attempt to find a cure. He separated the sick crew into pairs and gave each group one of the different cures that had been proposed over the years. The sufferers who were given lime juice recovered.

However, it took 42 years after Lind published his findings for lemon juice to be officially issued by the Navy. This may partly have been down to Cook’s findings being more widely spread because of his fame.

Once Lind’s discovery was accepted, the Royal Navy began to distribute limes to sailors on long journeys to ensure they would have enough vitamin C. This is why British sailors - and sometimes British people in general - were known as limeys. 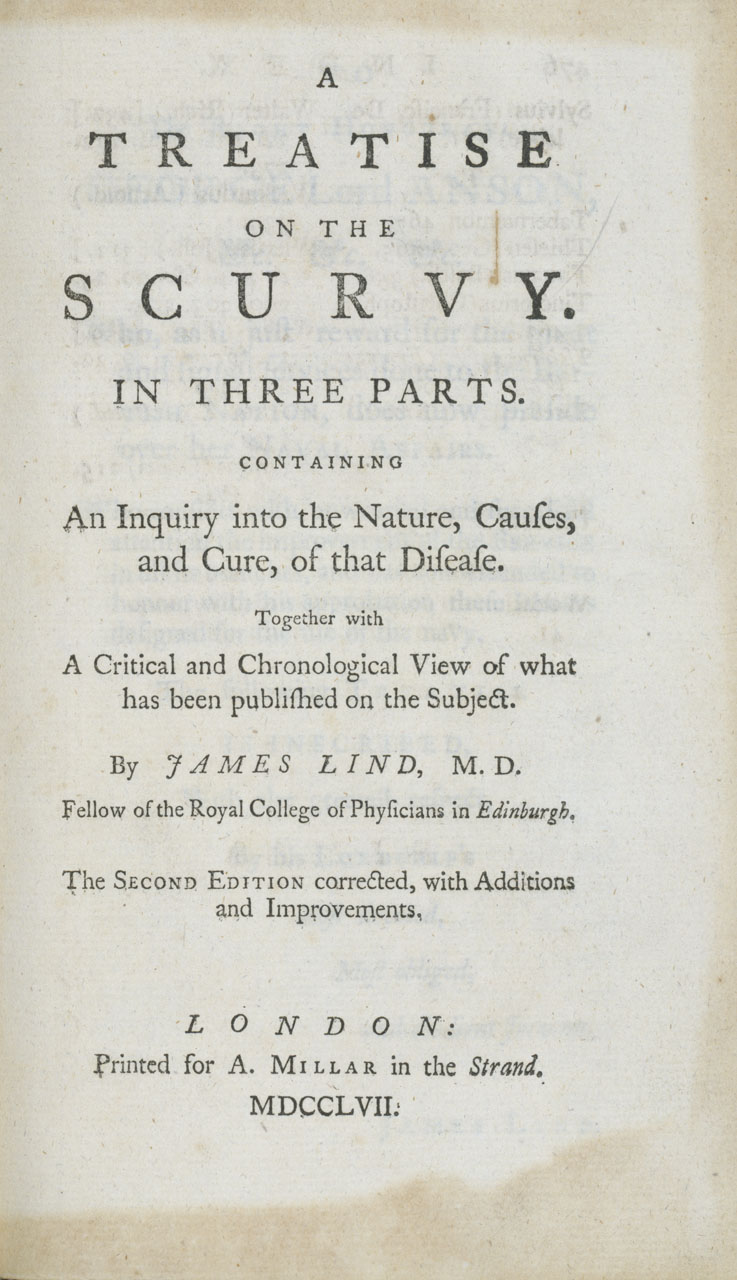 Shop
How to Survive in the Georgian Navy: A Sailor's Guide
Rigidly organised and harshly disciplined, the Georgian Royal Navy was an or...

Shop
Salty Dog Talk: The Nautical Origins of Everyday Expressions
A fascinating and entertaining exploration of all the everyday expressions t...