See the "Stars and Nebulae" category winners of the Insight Investment Astronomy Photographer of the Year 2017 competition.

Among the billions of stars that make up our Milky Way galaxy are clouds of gas and dusty material, sculpted by gravity into colossal structures called nebulae. Nebulae can absorb and re-emit light, reflect it or obscure it, and in most cases their complex nature and painterly appearance is due to a combination of all three processes.

What we see are vistas from our galaxy made possible by technology vastly more powerful than the human eye, but which were conceived and processed according to the artistic vision of the astrophotographer. They tell us a story almost as old as the Universe – the story of starlight. 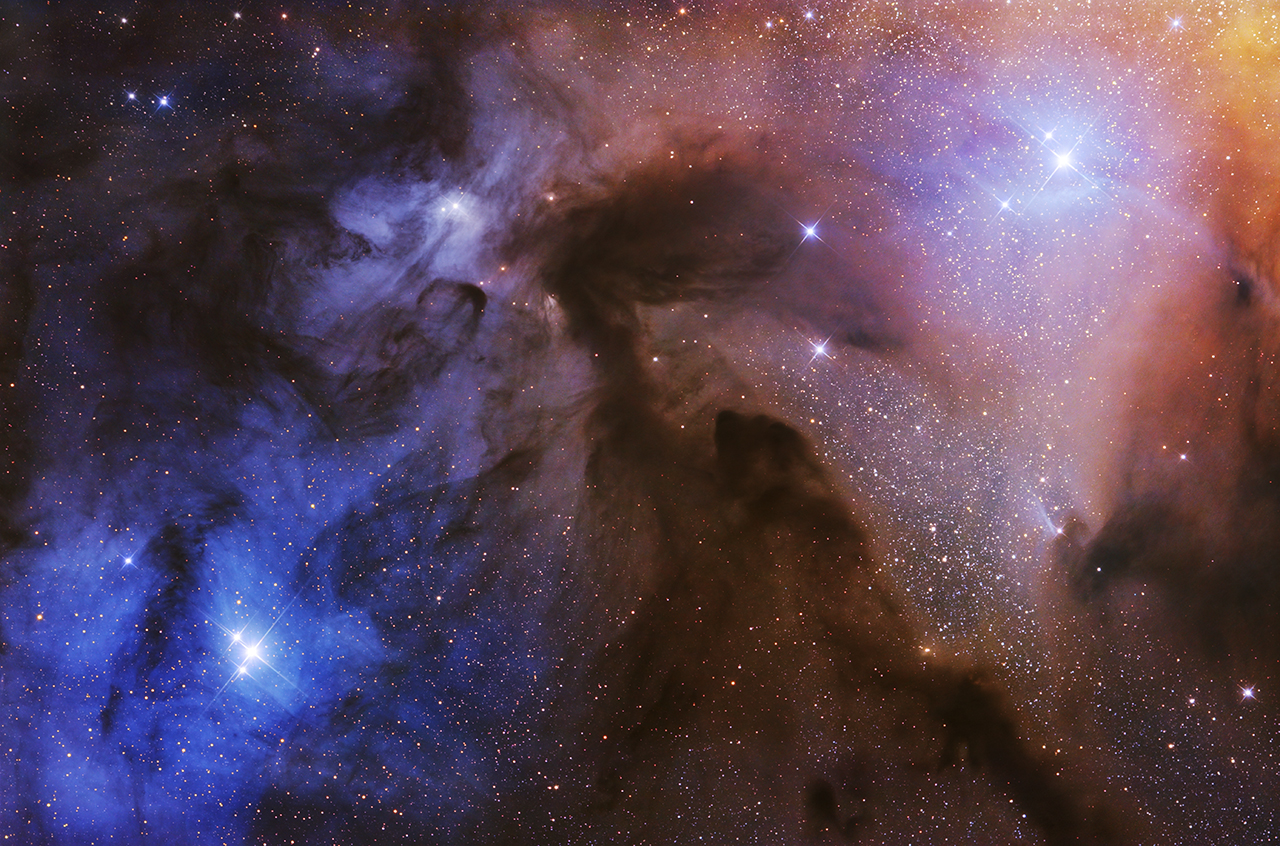 The Rho Ophiuchi Cloud Complex, known as ‘Rho Oph’ for short or the Ophiuchus Molecular Cloud, is named after a bright star in the region. It is a dark emission and reflection nebula about 14 light years across that is located about 460 light years away from Earth in the constellation of Ophiuchus (the ‘Serpent- Bearer’). It is one of the closest star-forming regions to the Solar System. The image was taken at a farm in Namibia near Gamsberg Mountain over three nights.

"As you stare into the wonderful composition of this shot, and see the pin-sharp details of individual stars and textures, you wonder what could possibly exist within it all. Take a step back and the deep silvery blue and salmon pink shades seem to be reaching towards each other, almost like Michelangelo’s ‘Creation of Adam’." 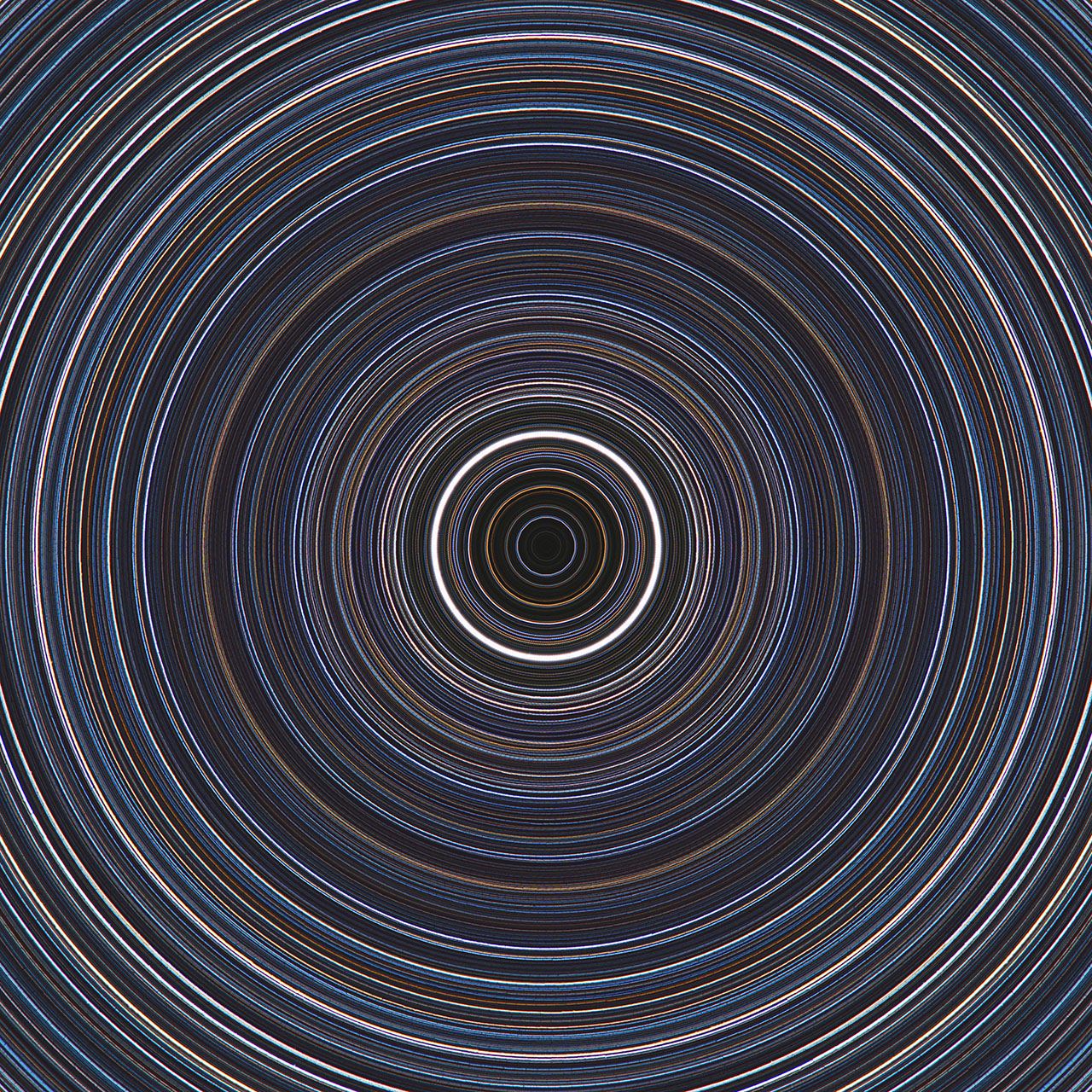 "I planned, for some time, how to capture a full stellar day without making a trip beyond the Arctic Circle. After many failed tests, I eventually found a way to set up my photo equipment that was stable and easily replicated. With this set-up, the series of exposures taken could be stacked with those taken weeks or even months later. Using this foundation, I collected the segments until the full circle had been accomplished in 2016."

The clocks we use to tell the time are based on a solar day: every 24 hours the Sun crosses the Prime Meridian at Greenwich followed by each imaginary line of longitude on Earth. However, as our planet spins on its axis, it actually takes 23 hours, 56 minutes and 4 seconds to complete one rotation. This is the true rotational period of Earth and this is called the ‘sidereal day’ or ‘stellar day’. As the Earth rotates, it also orbits the Sun, and so from our perspective the Sun moves out of position by about 1 degree every day against ‘fixed stars’. The star trail image here captures the motion of stars over the course of one sidereal day.

“As much as the subtlety of the colours – a dizzying array of turquoise, ochre, maroon or cyan – it’s the precision that is so compelling here. The concentric circles are so perfectly delineated that the result looks artificial, as if drawn by a computer, pixel by pixel.” Melanie Vandenbrouck 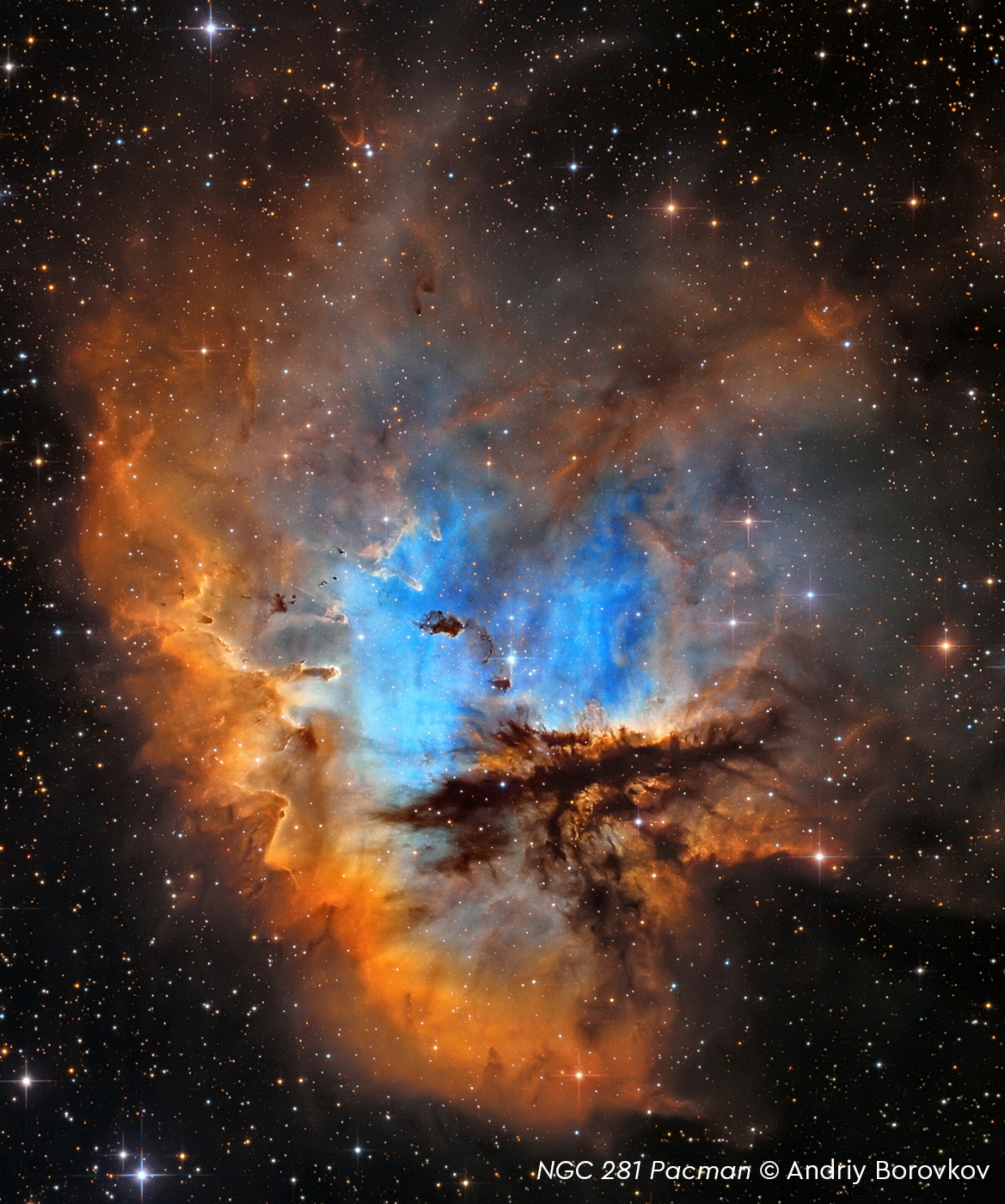 "This image shows the NGC 281 nebula, sometimes referred to as the ‘Pacman Nebula’. In the ordinary colours of the visible light spectrum it looks rather dreary. To combat this, I used the Hubble Palette (HST), which shows more of the vibrant beauty of this nebula. It was taken during August and September 2016 in the small town of Elmshorn, Germany. The original stars in this picture were then replaced with RGB (red, green and blue) coloured stars. UNC 30512 305 mm f/4 reflector telescope, Sky-Watcher EQ8 mount, Moravian Instruments G2-8300 Mono CCD camera, 25-hour total exposure.

NGC 281 can be found in the big ‘W’ of Cassiopeia in the northern part of the sky. Different gases are heated to very high temperatures and emit light of different colours. High energy radiation from the nearby open cluster IC 1590 excites the gases, resulting in a spectacular emission nebula, 100 light years across."

“I love the contrast between warm and cool colours and the amazing detail in the foreground cloud of dark dust, which looks almost like a rift in space.”

Insight Astronomy Photographer of the Year 2016 Stars and...