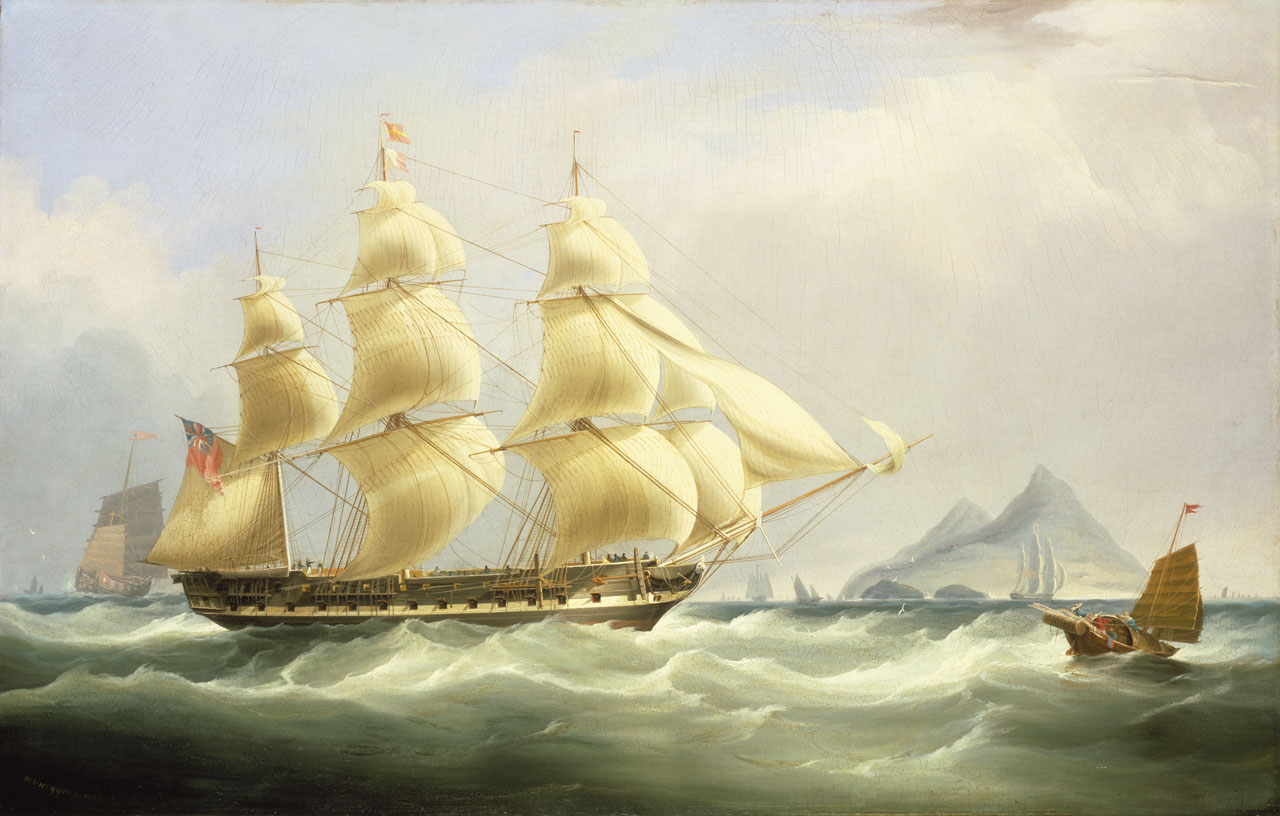 This oil painting of the East Indiaman 'Asia' belonged to Thomas Gardiner, who had been purser when she sailed to Madras, Bengal and China in 1831-32 (Asia's tenth voyage), and was bequeathed by him to his family. The ship was built in 1811, sailed from Portsmouth on her first voyage on 10th March 1812 and is shown off Hong Kong between 1831 and 1832, towards the end of her career. The artist has depicted her in starboard broadside, flying the red ensign and distinguishing flags. Chinese junks have been shown to left and right of her, with more European shipping in the right distance depicted in front of an island. She made ten voyages for the East India Company between 1811 and 1832.

The subject of Indiamen in the East was a familiar one to Huggins who had probably begun his working life at sea and served in the East India Company as a steward and assistant purser on board the 'Perseverance', which sailed for Bombay and China in December 1812, returning in August 1814. Thus this painting was either composed from sketches made during this voyage, or others which he accumulated at other times or from other sources.

He had established himself as a marine painter by 1817, close to the London headquarters of the Company in Leadenhall Street, where he worked for the rest of his life. Specializing in ship's portraits, he was prolific and popular, largely though the lithographs made by his assistant Edward Duncan, who was also his son-in-law from 1834. In 1830 Huggins became marine painter to the 'Sailor' King William IV, who had been a naval officer and according to Samuel Redgrave 'esteemed his work rather for its correctness than its art'.
Back to Search Results
Buy a print License an image
Share:
Link copied to your clipboard!