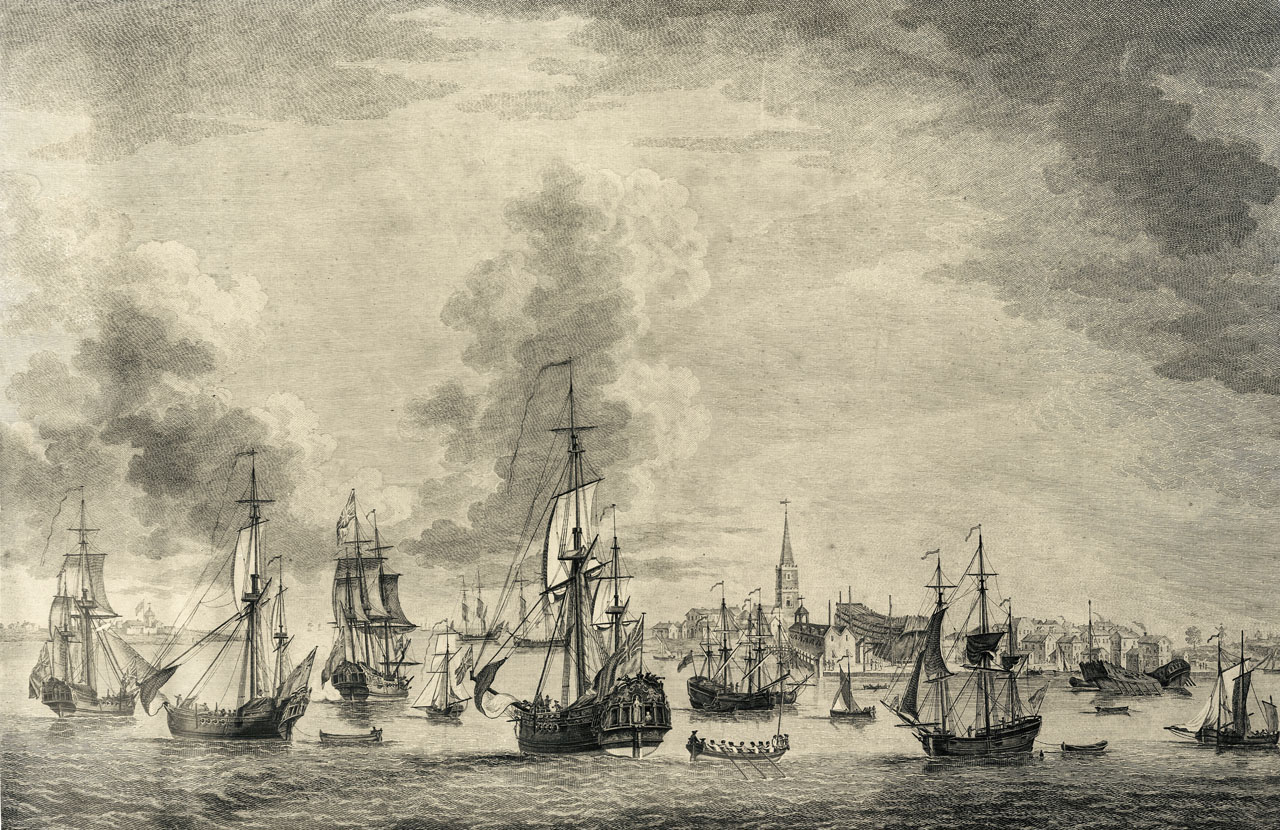 To their Graces the Duke and Duchess of Ancaster This View of Harwich and the Yatch's going out... with Landguard Fort (shows yachts Catherine, Fubbs, Charlotte and Mary

Line engraving depicting several Royal Yachts leaving Harwich. This is the beginning of a notable voyage for this squadron of six royal yachts, on 7 August 1761 —the William and Mary, the Royal Caroline (renamed Royal Charlotte), the Charlotte (or Charlot), the Catherine, the Fubbs and the Mary — that accompanied by six ships-of-war, sailed from Harwich to Cuxhaven under the command of Admiral of the Fleet Lord Anson to embark Princess Charlotte of Mecklenburg-Strelitz, future wife of King George III, at Stade. The flotilla arrived back at Harwich on 6 September after a ten-day voyage, having endured westerly gales that three times blew them over to the Norwegian coast, twice almost wrecking them.
The Charlotte is the third from the left, the Fubbs is the second.
Back to Search Results
Buy a print License an image
Share:
Link copied to your clipboard!