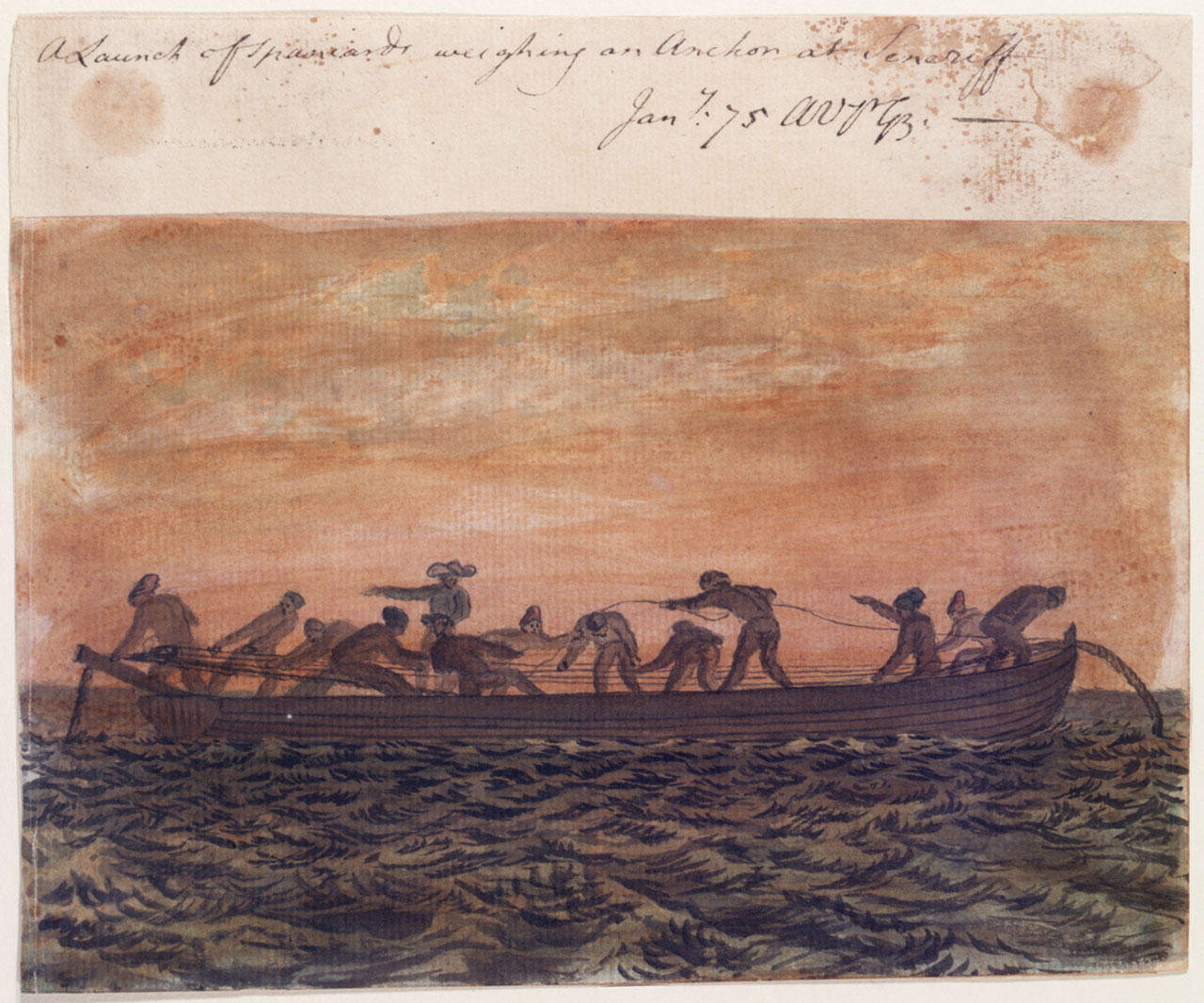 'A Launch of Spaniards weighing an Anchor at Teneriff, Jany 75' [Bray album]

A view taken en route to Africa in the 'Pallas', probably in the harbour at Santa Cruz de Tenerife. The men are using a launch, the largest boat ships normally carried, to recover a ship's bower or stream anchor - both large and heavy. Anchors were sometimes lost or slipped in a hurry in mooring areas, their position marked by the buoyed cable: when possible they were later retrieved for collection or sometimes even sent on to rejoin their ship.