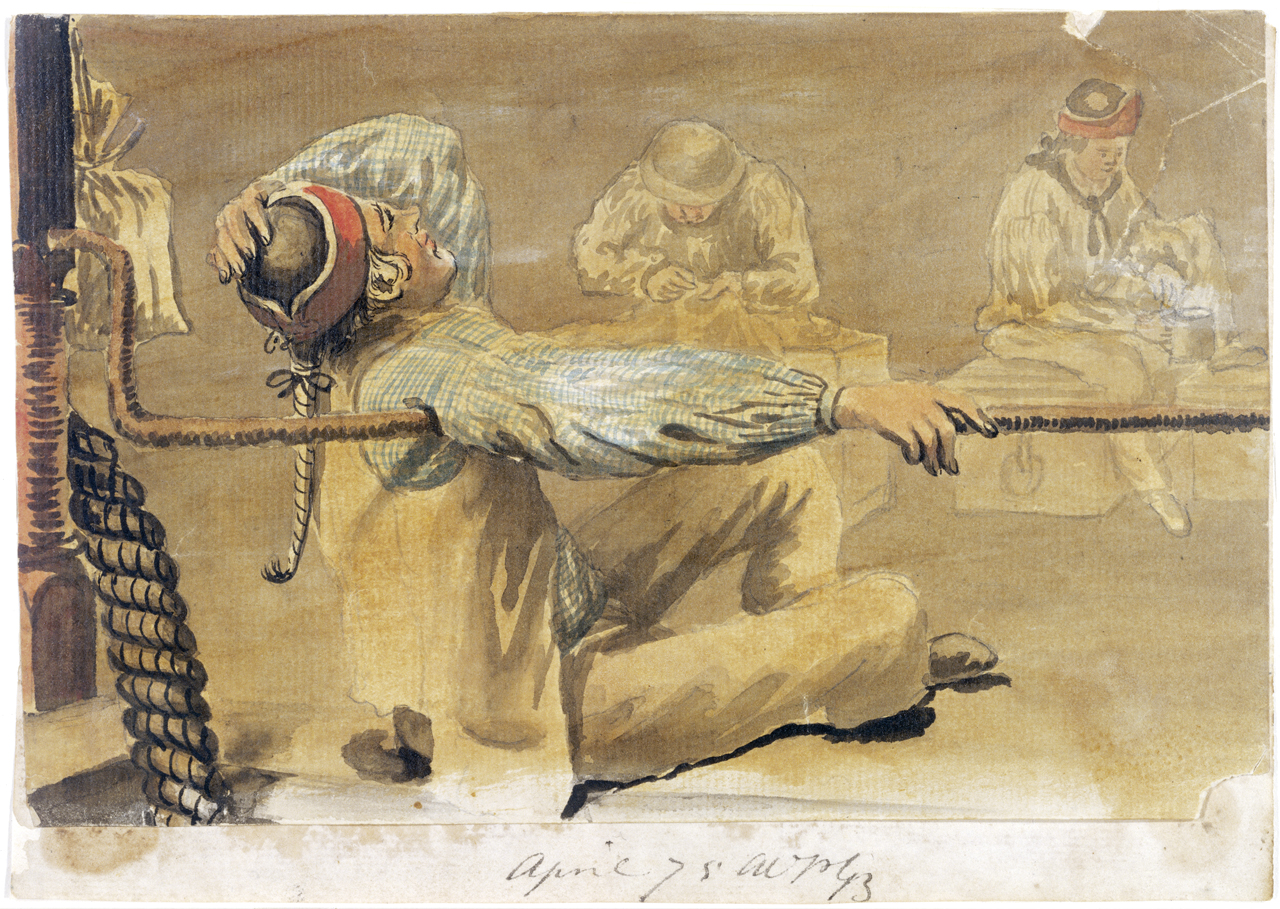 Dated and signed on the backing sheet 'April 75 AVpGB' (to the life by Gabriel Bray), this may have been drawn on the 'Pallas's transatlantic leg from Africa (whence they sailed on 4 April 1775) to Barbados. The view is almost certainly on the starboard side of the main-deck forward hatch, under the companionway, with the starboard anchor cable going down to the tier below. From his apparent headgear the seaman shown and the man seated on a sea chest with a tankard in his hand, far right, are probably Marines. The man in the centre is sewing an item of clothing. See also PAJ2031 which appears to show the port side of the hatchway.

This is one of 73 drawings by Bray (plus one signed 'NF 1782') preserved in a 19th-century album. They have now been separately remounted. Bray (1750-1823), was second lieutenant of the 44-gun ‘Pallas’ under Captain the Hon. William Cornwallis (1744-1819) – later a well-known admiral - on two voyages (1774-77) to report on British interests in West Africa, including the slave trade. The dated drawings refer only to the first of these, from December 1774 to September 1775, though a few may be from the second. Others comprise country views, some of Deal, Kent (where Bray may have come from), and others of social-history interest.
Back to Search Results
Buy a print License an image
Share:
Link copied to your clipboard!